May 24, 2018 11:27 PM PHT
Mick Basa
Facebook Twitter Copy URL
Copied
'So the military is quite good in... we’re winning the war actually,' says the President, citing the arrest of an NPA leader 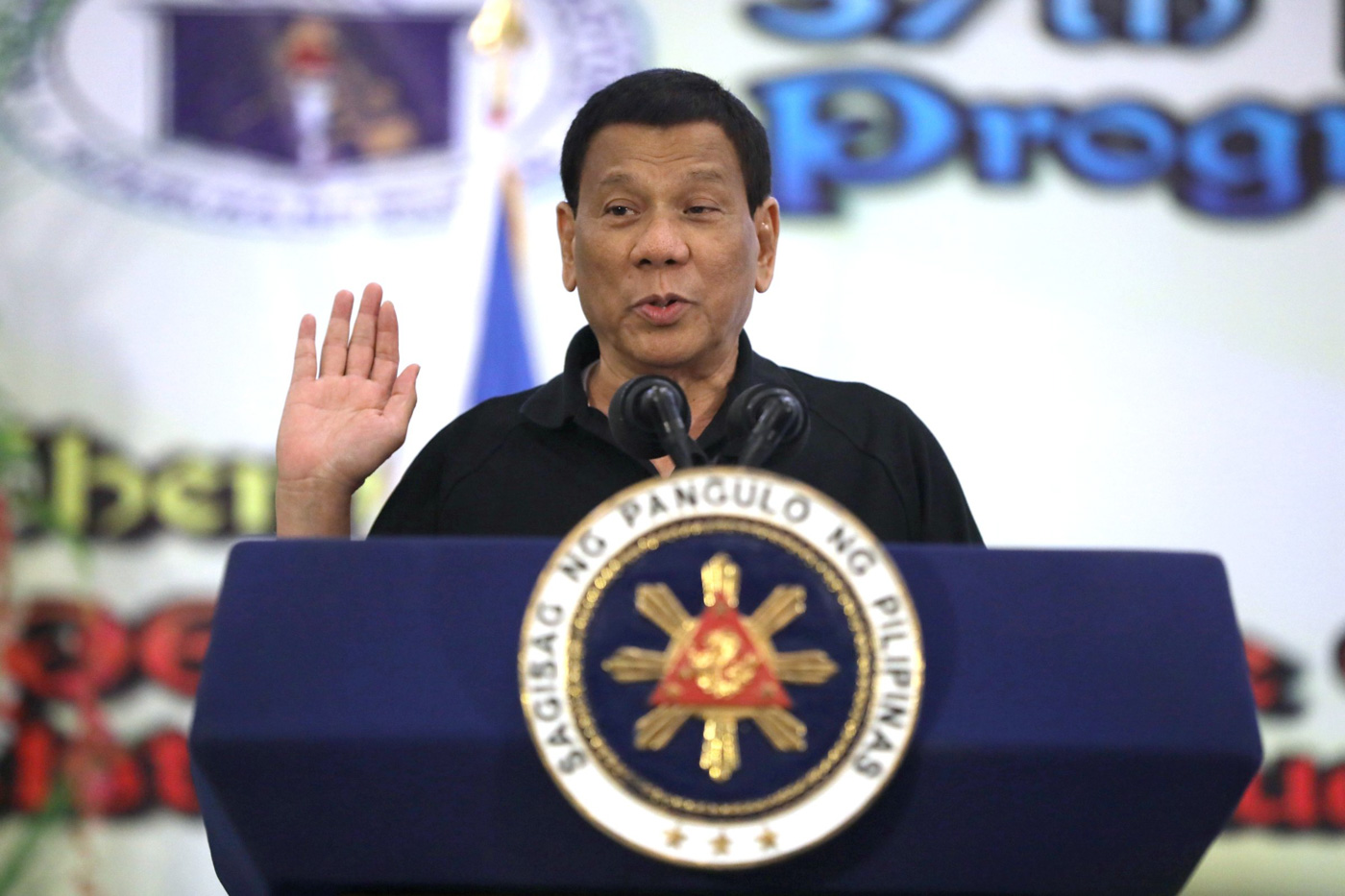 DAVAO CITY, Philippines – President Rodrigo Duterte said the country is succeeding in its war against the communist insurgency, which the military tagged as its goal after the bloody siege in Marawi.

In his speech Thursday, May 26, Duterte cited the military for rearresting Elizalde Cañete, the successor of the late Leonicio Pitao, better known as Commander Parago.

“So the military is quite good in…we’re winning the war actually,” said Duterte.

Cañete, commander of the New People’s Army’s First Pulang Bagani Command, was at the Don Carlos Doctors Hospital in Bukidnon seeking treatment at the time the military arrested him.

The NPA leader is accused of being behind atrocities in Davao City, including the attack against Lapanday Foods Corporation, which killed fish vendor Larry Buenafe.

In the same speech, Duterte mentioned anew his planned talks with Communist Party of the Philippines (CPP) founding chair Jose Maria Sison, whom he invited to fly to the Philippines.

Sison, according to Duterte, had agreed to visit the Philippines and had been given a window of two months for the talks.

But if there is no progress after two months, Duterte said he would tell his former professor to never return to the country again.

“If nothing happens, I will really tell him: Do not ever, ever return to this country. I will kill you. You’ve killed so much of my soldiers and policemen,” he said.

The Philippines has resumed negotiating with communists in “informal” backchannel talks in Europe earlier this month after Duterte ordered his men during the Cabinet meeting in April to support the resumption of the negotiation.

Duterte described this as the “last chance” for peace with the communist rebels.  – Rappler.com