May 25, 2018 9:05 AM PHT
Keith Anthony Fabro
Facebook Twitter Copy URL
Copied
'We will call the attention of the DOH to have El Nido's groundwater tested,' says Natividad Bernardino, regional director of the Department of Environment and Natural Resources in Mimaropa 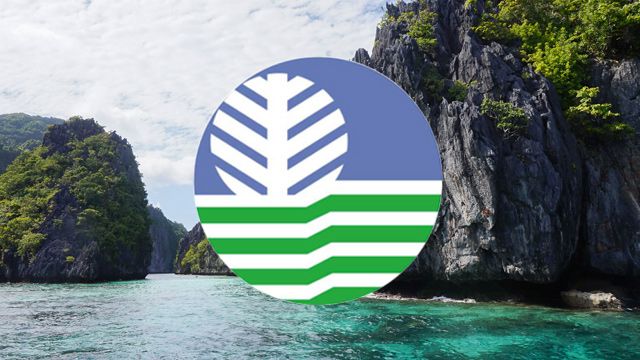 PUERTO PRINCESA CITY, Philippines – The groundwater in El Nido may be contaminated with harmful bacteria.

Natividad Bernardino, regional director of the Department of Environment and Natural Resources (DENR) in Mimaropa, concluded this after she and two of her staff contracted waterborne gastroenteritis last week in town.

“My suspicion was the groundwater in El Nido was contaminated,” Bernardino told the provincial board during its regular session on Tuesday, May 22.

She said they consumed cold mineral water, but she suspected it was the tap water used to make ice that made them sick.

The regional director noted that there were tourists who shared the same experience while on vacation in El Nido. She said it is a serious health concern that warrants the attention of the Department of Health (DOH).

“There were many reports from your tourists who, after arriving in Puerto Princesa, were hospitalized due to this, and that is something the DOH should look into. This is a problem,” she stressed.

She added, “We will call the attention of the DOH to have El Nido’s groundwater tested.”

Bernardino said she will also ask the DENR’s Mines and Geosciences Bureau and the National Water Resources Board to send their staff in town to test the groundwater quality. This is to assess whether it will pass the DOH standards and be deemed fit for drinking.

Meanwhile, the environment official shared their experience after Henri Fernandez, president of a business establishments’ association in El Nido, appealed for the DENR to do something to secure their watershed from encroachers.

“Some had been issued with titles in watersheds. The clearing had been done. I’d like to ask the regional director to protect our very source of water supply,” said Fernandez, who was also invited to the plenary alongside environment officials.

Bernardino agreed with Fernandez’s observation that there were lapses on the part of the government to protect the town’s watershed.

“You’re right. The watershed was not protected, and that is the root cause of the problem. Most likely, titles were issued in the watershed even before El Nido was declared a protected area,” she said.

These titles, Bernardino added, have to be reversed through the court.

“The PAMB (Protected Area Management Board) and the PCSD (Palawan Council for Sustainable Development (PCSD) have to make a way how to undo the negligence in taking care of the watershed in El Nido,” she said.

The PAMB will declare the watershed as a strict protection zone in the management plan, said Bernardino, who also chairs the PAMB for the El Nido-Taytay Managed Resource Protected Area.

“So those titles there, we will have them cancelled,” she added.

Bernardino was in El Nido last week to check the compliance of business establishments that have been ordered to self-demolish after encroaching on the town’s coastal easement zone. This is part of their effort to clean up the tourist town in 3 to 6 months. – Rappler.com