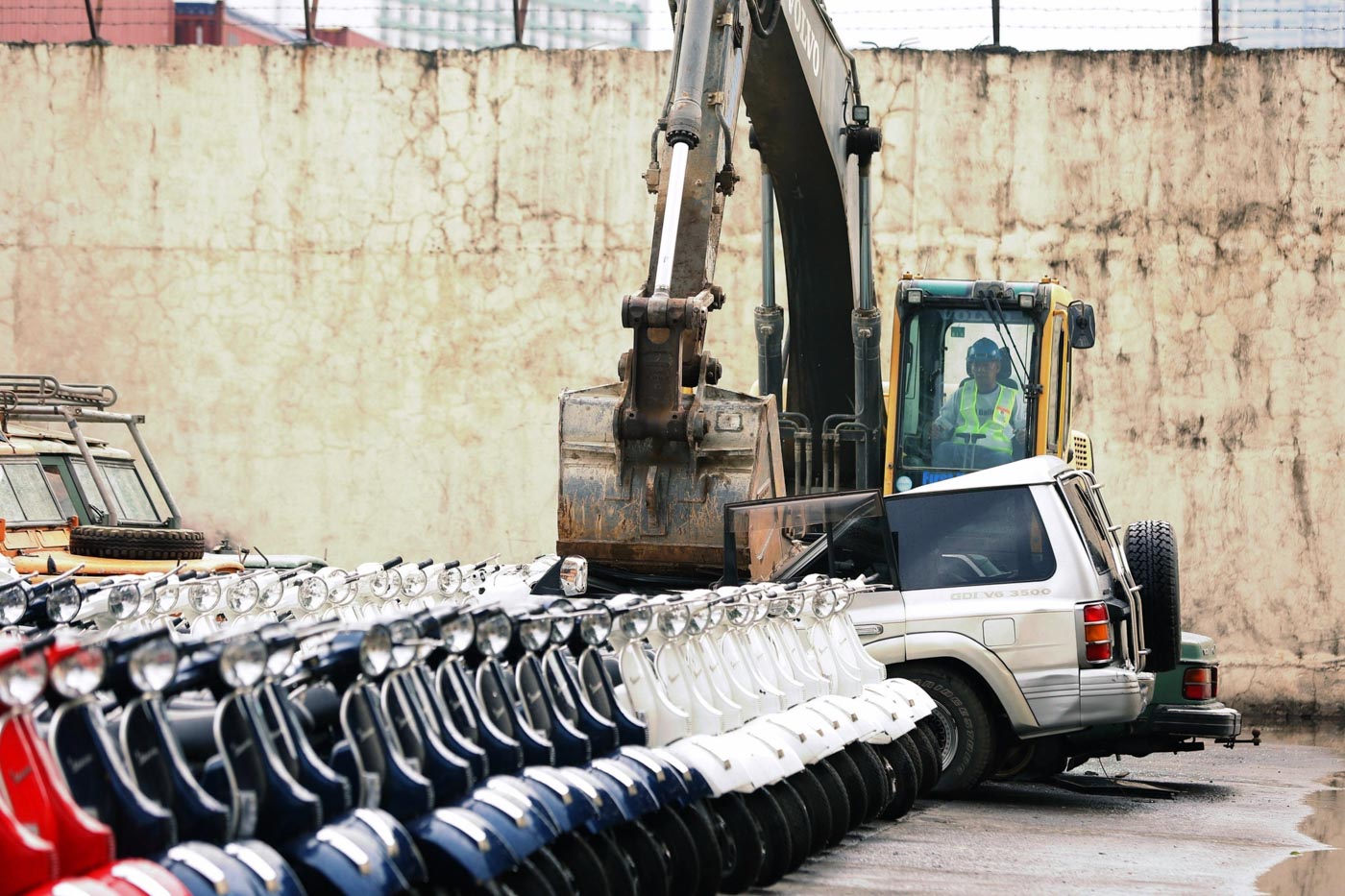 MANILA, Philippines – The Bureau of Customs (BOC) destroyed smuggled motorcycles and vehicles worth P34.71 million on Wednesday, May 30, with President Rodrigo Duterte present at the Port Area in Manila.

A backhoe crushed the following as the President watched:

The BOC said the 116 motorcycles and 6 vehicles arrived on separate dates at the Manila International Container Port (MICP), Port of Subic, Port of Cebu, and Port of Iloilo.

“The President’s order is clear, sending a very strong message to smugglers, to stop what they have been doing. These smugglers have long been cheating the government. This has to stop,” said Customs Commissioner Isidro Lapeña. 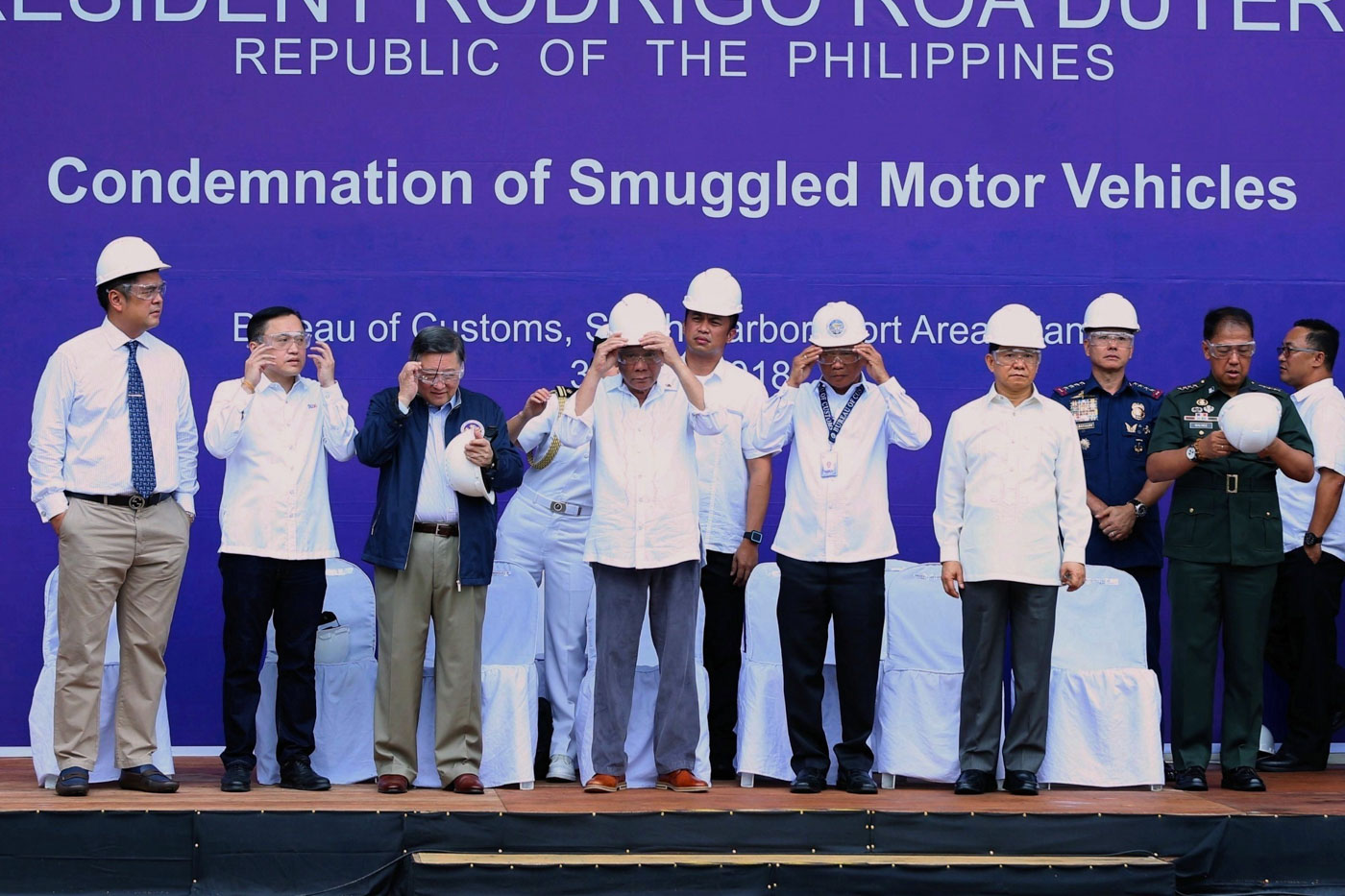 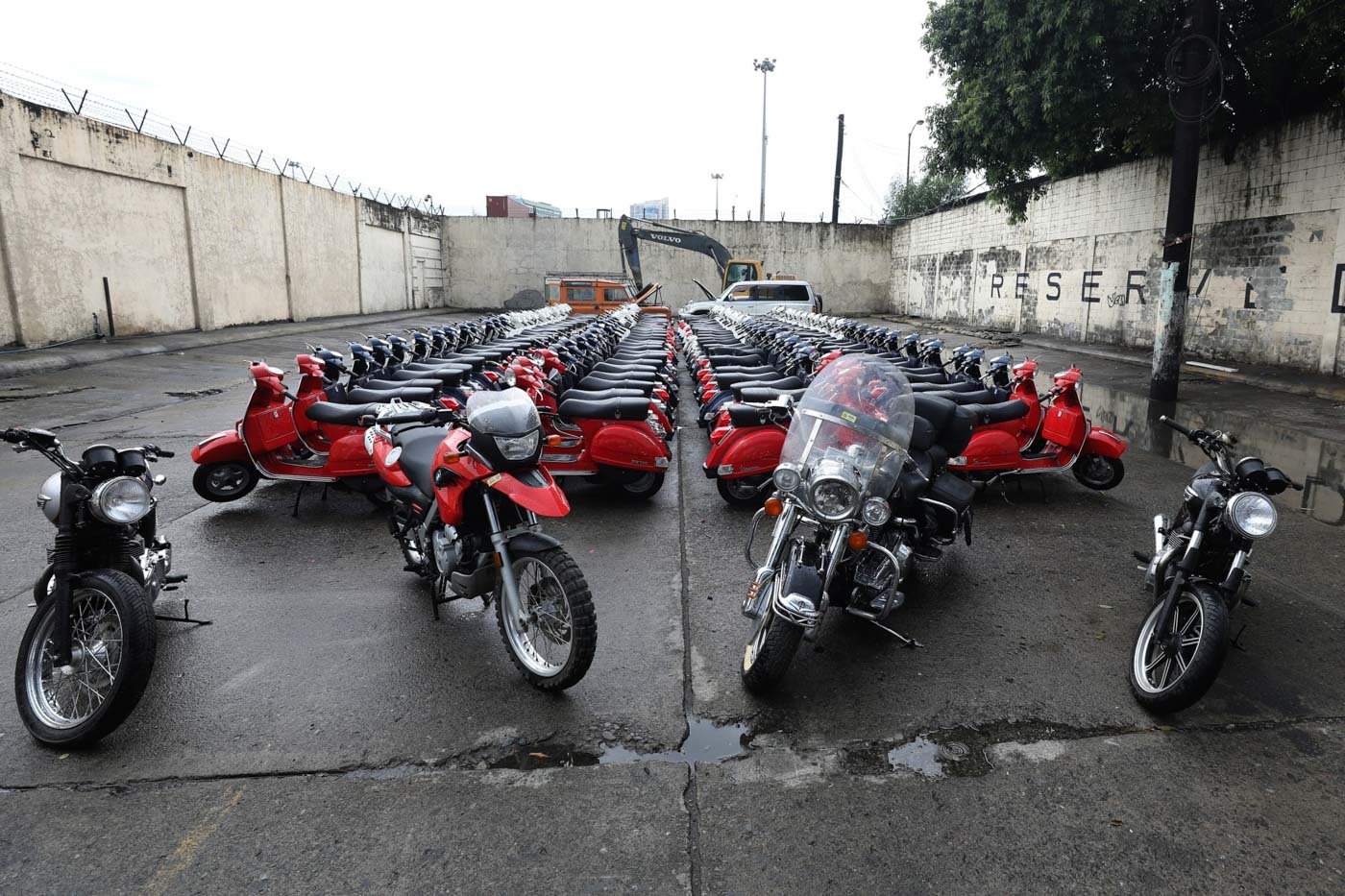 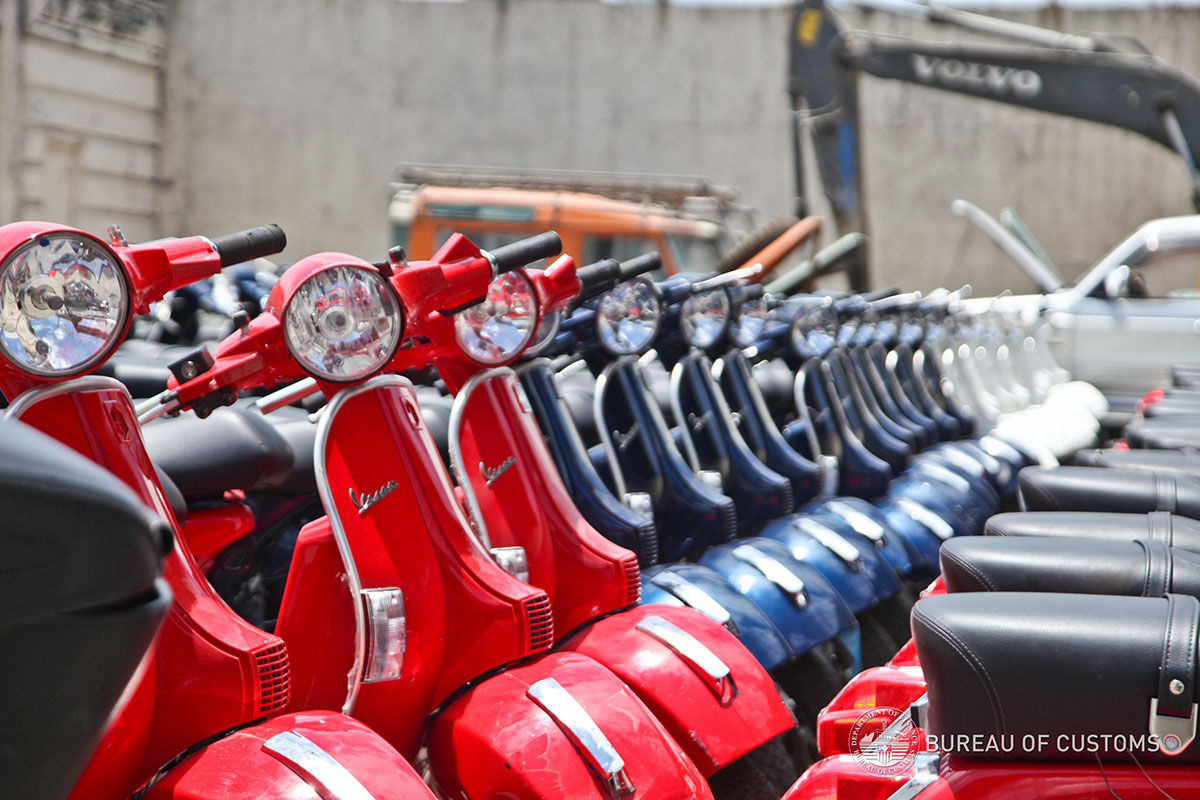 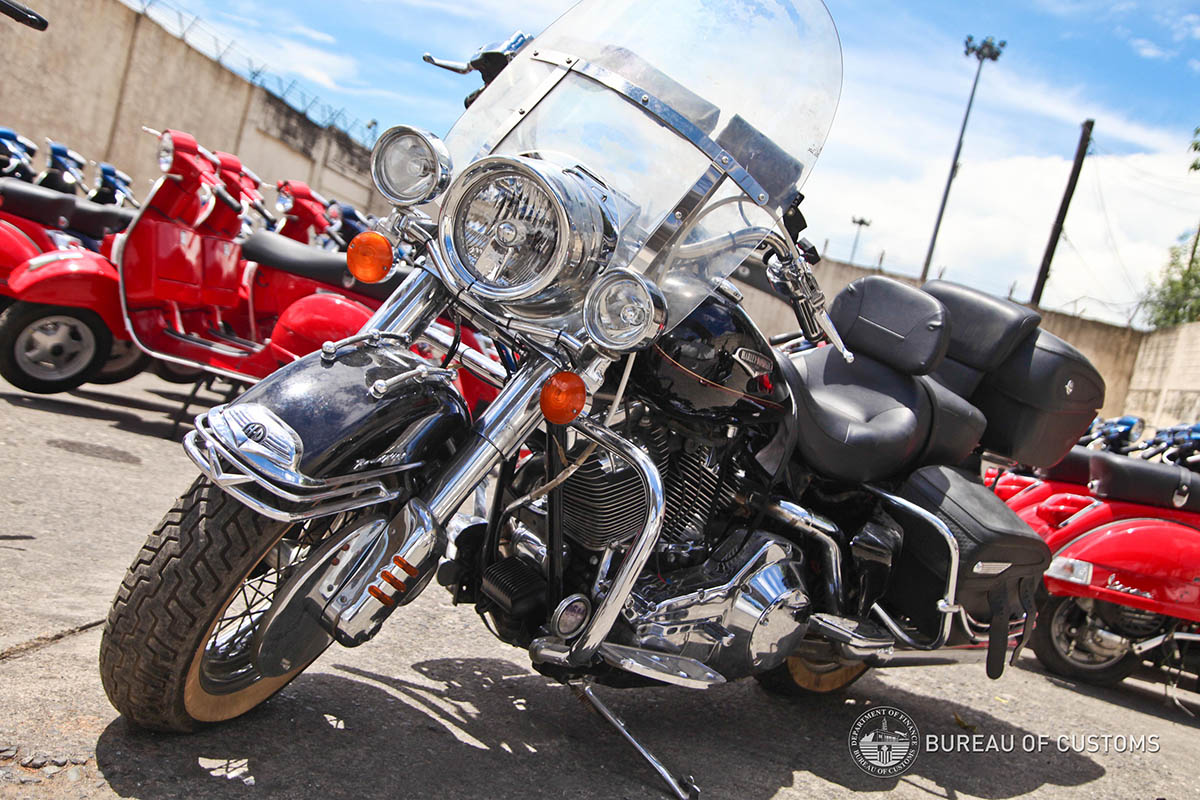 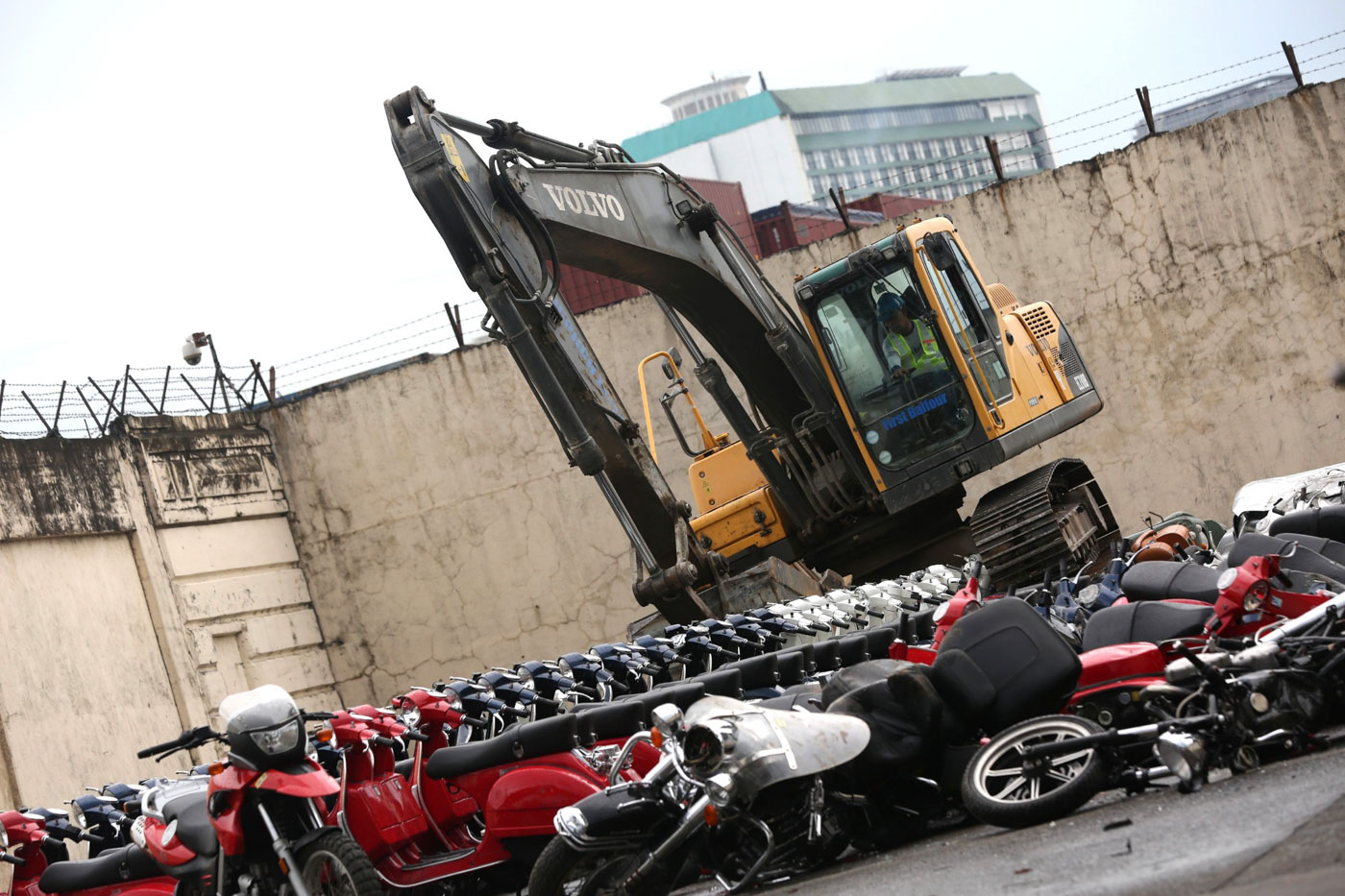 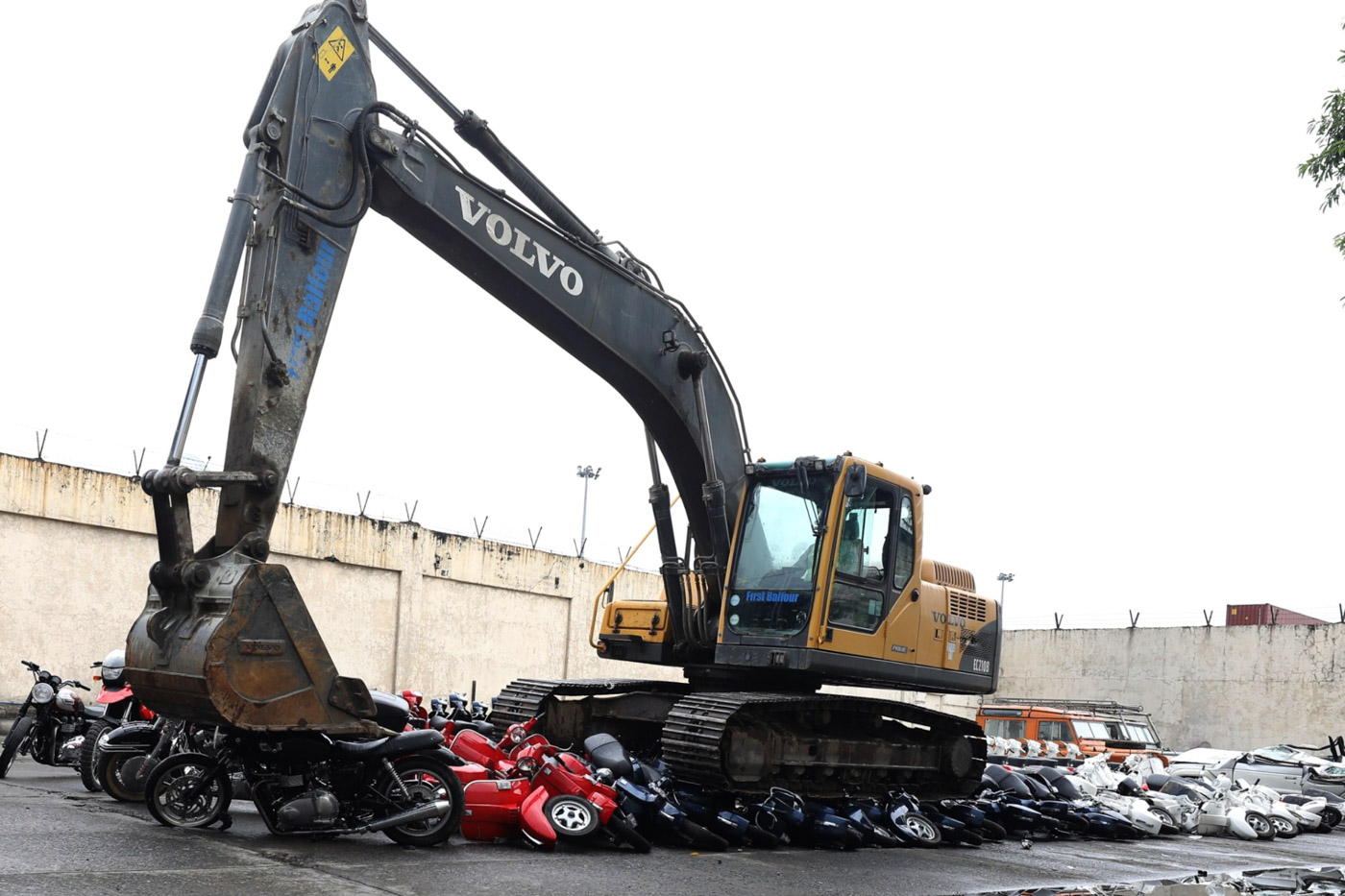 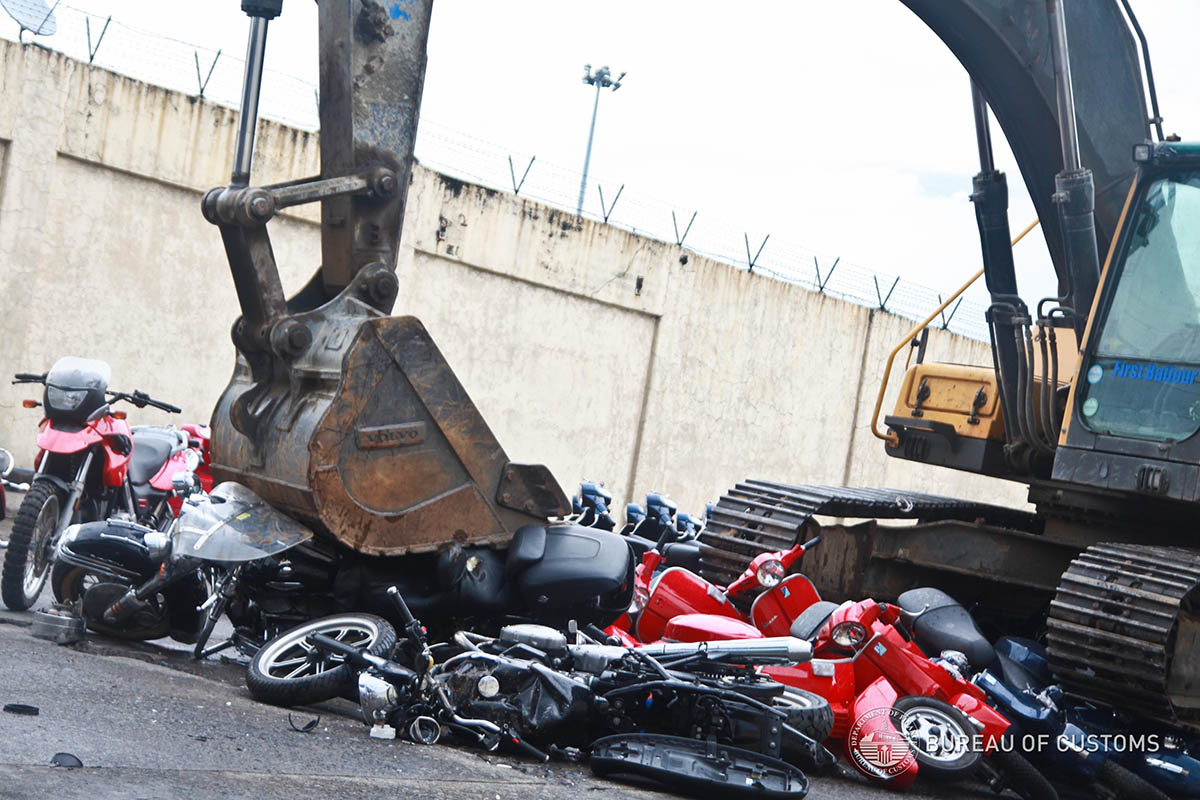 At the event, Duterte also announced he has fired Customs Deputy Commissioner Noel Patrick Prudente. The President implied that Prudente was fired due to excessive personal travels. – Rappler.com