Duterte: You want commercial area in Boracay? Go to Congress 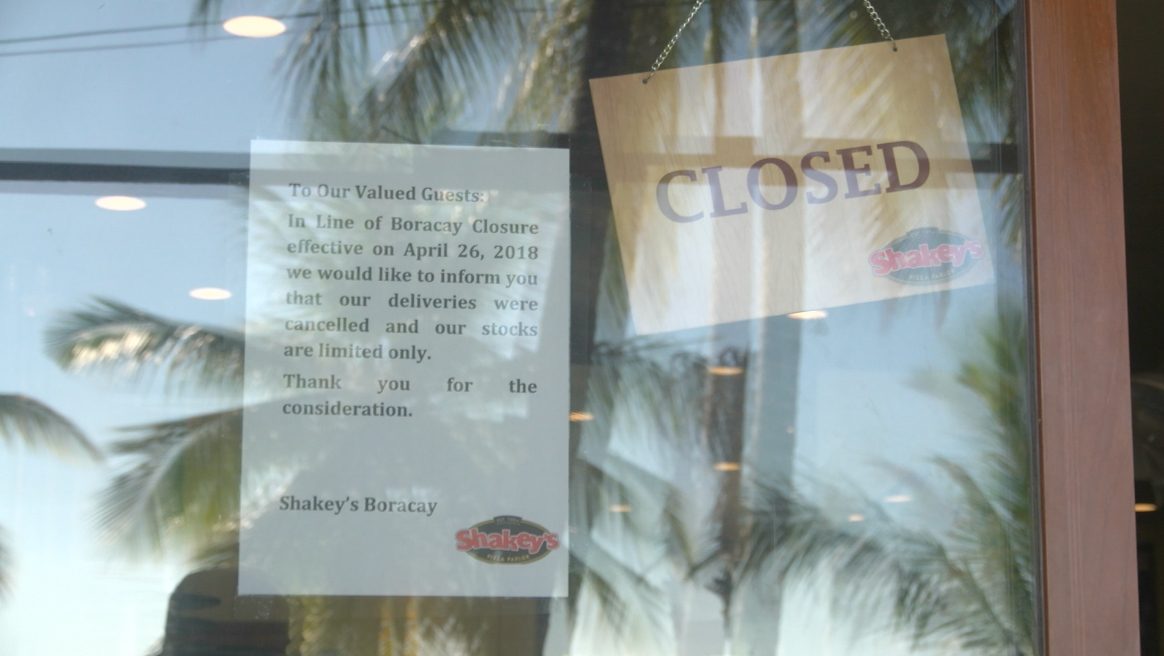 MANILA, Philippines – Seemingly resolute on his plan to put Boracay under the government’s land reform program, President Rodrigo Duterte advised those who want to retain an area of the world-famous island for commercial establishments to go to Congress.

“I reserve the right for Congress… maybe to cut a certain strip there in the coastline,” said Duterte on Thursday, May 31, during the inauguration of a power plant in Pagbilao, Quezon.

Boracay is currently closed for 6 months as the government tries to rehabilitate it from water pollution caused by environmental violations of commercial establishments.

Duterte on Thursday suggested to Congress that, if they want to allot a commercial area, confine it to a 500-meter strip inland and portion of the coastline.

“Maybe you can have a strip there inland about half of one kilometer, but the entire island will be subjected to a land reform area,” said Duterte.

He went on to say that there is a need to “limit the humans there” and that there is no hope of saving Boracay’s environment if a large swathe of it is dedicated to commercial activities.

“Boracay will be destroyed because there is no other way for the dirt of humans to go. It cannot climb to the mountains, it always goes to the sea,” said the President.

A 2006 proclamation signed by then president Gloria Macapagal Arroyo classified Boracay as forestland and agricultural land.

Commonwealth Act 141 states that agricultural land is considered public land, which means that the government can decide how the land is to be used.

Some 400 hectares of land can legally be placed under agrarian reform by the President, Agrarian Reform Secretary John Castriciones previously said.

However, alienable and disposable lands issued titles before June 12, 1945 are exempt from government control of its use, Environment Undersecretary Jonas Leones had said.

‘Back to the natives’

“I will give it back to the natives,” Duterte also declared on Thursday, likely referring to the Ati communities that first populated Boracay.

He said Boracay land, through the government’s agrarian reform program, would be reserved for “minorities there who did not get land.”

This would “correct certain inadequacies.”

Duterte ended his pronouncements about Boracay by hoping Congress would agree with his plan for the island.

“I hope that Congress will maybe agree with me,” he said. – Rappler.com