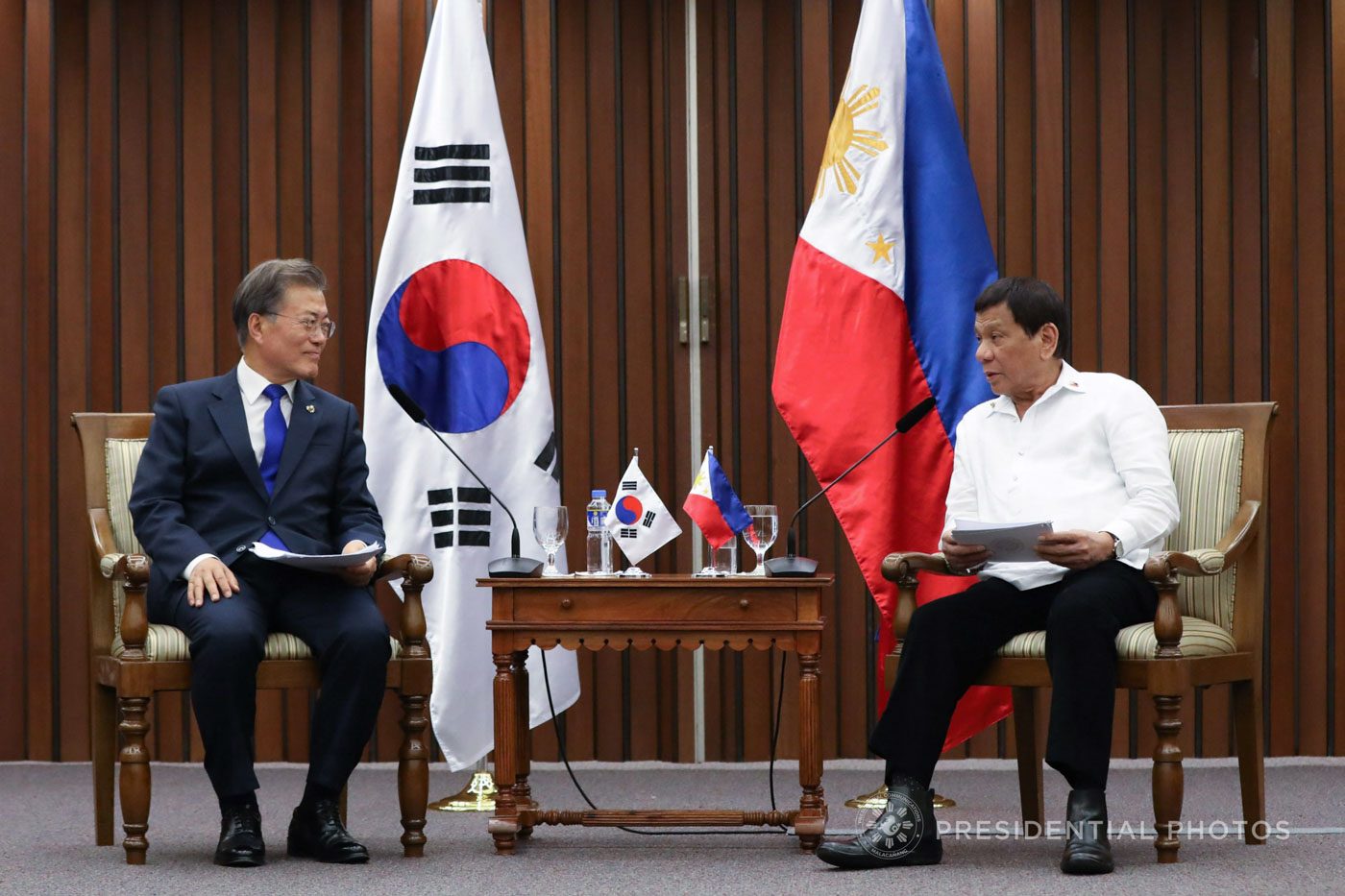 MANILA, Philippines – The Philippines and South Korea are expected to sign 4 documents, including a loan agreement for the Cebu International Container Port Project, during the upcoming visit of President Rodrigo Duterte to Seoul this month.

Foreign Undersecretary Ernesto Abella, former presidential spokesman, returned to the Malacañang briefing room on Friday, June 1, to give updates on the trip set to take place from June 3 to 5.

The 4 documents to be signed in the presence of Duterte and South Korean President Moon Jae-in are as follows:

The Cebu International Container Port will sit on a 25-hectare reclaimed island in Consolacion, Cebu. Projected to cost P9.2 billion, it aims to decongest the existing Cebu International Port, which has surpassed its optimal yard utilization rate, according to the National Economic Development Authority.

South Korea had pledged in November 2017 to help finance the project through a loan of US$173 million (P8.6 billion).

During Duterte’s June visit, he and Moon will hold a bilateral meeting or summit to be followed by a joint press conference.

Topics that will likely be discussed, said Abella, include the 70th year anniversary of the start of diplomatic ties between the two countries in 2019 and Marawi’s rehabilitation.

South Korea donated US$100,000 to the Philippine Red Cross for relief efforts in Marawi.