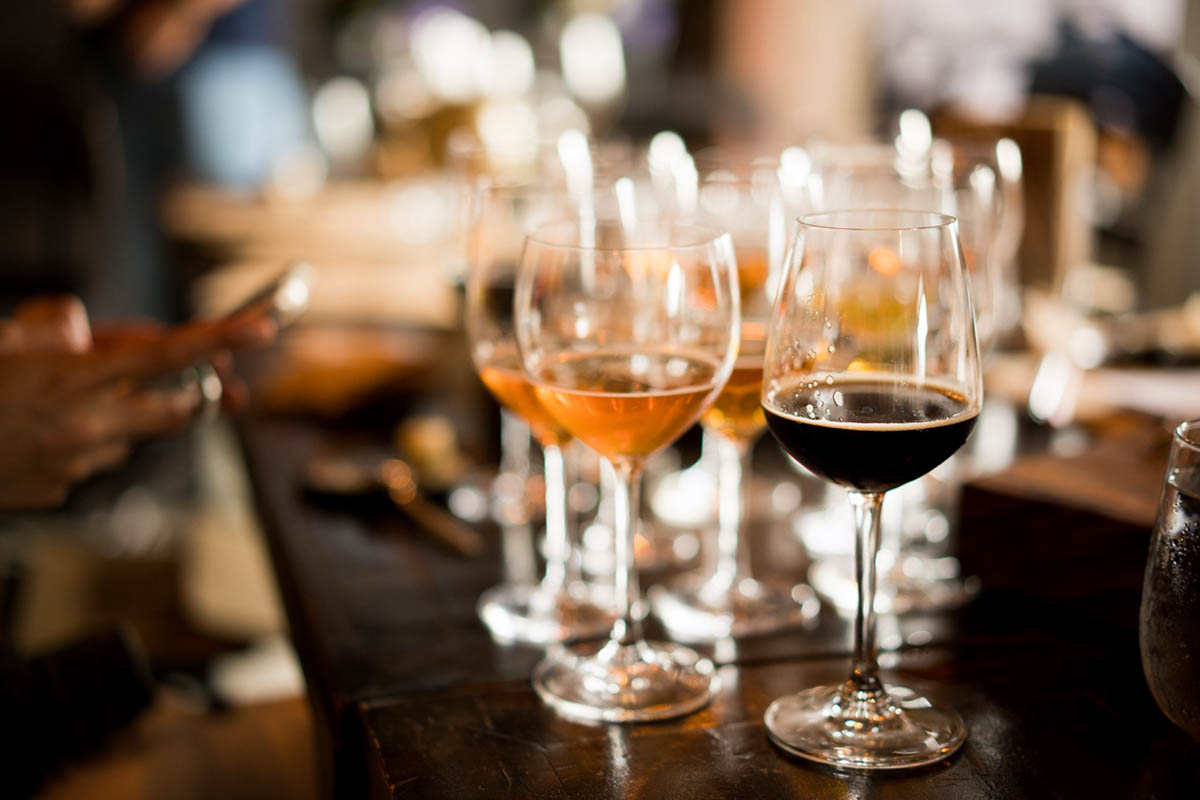 If there’s any alcoholic drink that holds a special place in Filipinos’ hearts, it’s beer.

It’s a steady drink with a familiar flavor that goes well with the biggest stars of Pinoy cuisine (sisig, lechon, tokwa’t baboy, pretty much any fatty pork dish). More importantly, beer is affordable, approachable, and comforting – like the alcohol version of your best friend.

But there is more to beer than your go-to after-work pilsen, or the extra-strength lager you reach for when you’re feeling especially impulsive. In fact, beer can be as nuanced and sophisticated as whiskey or wine – especially if it’s craft beer.

In the Philippines, as in everywhere else, craft beer has been steadily gaining popularity, with craft brews finding their home in taprooms and hip new bars all over town. Engkanto Brewery, Joe’s Brew, Katipunan Craft, Fat Pauly, and Pivo Praha are just some of the microbreweries that come to mind. And while craft beers can be something you chug with reckless abandon if you so desire (they are still beers, after all), they are best appreciated when sipped slowly, savored, and paired with great food. 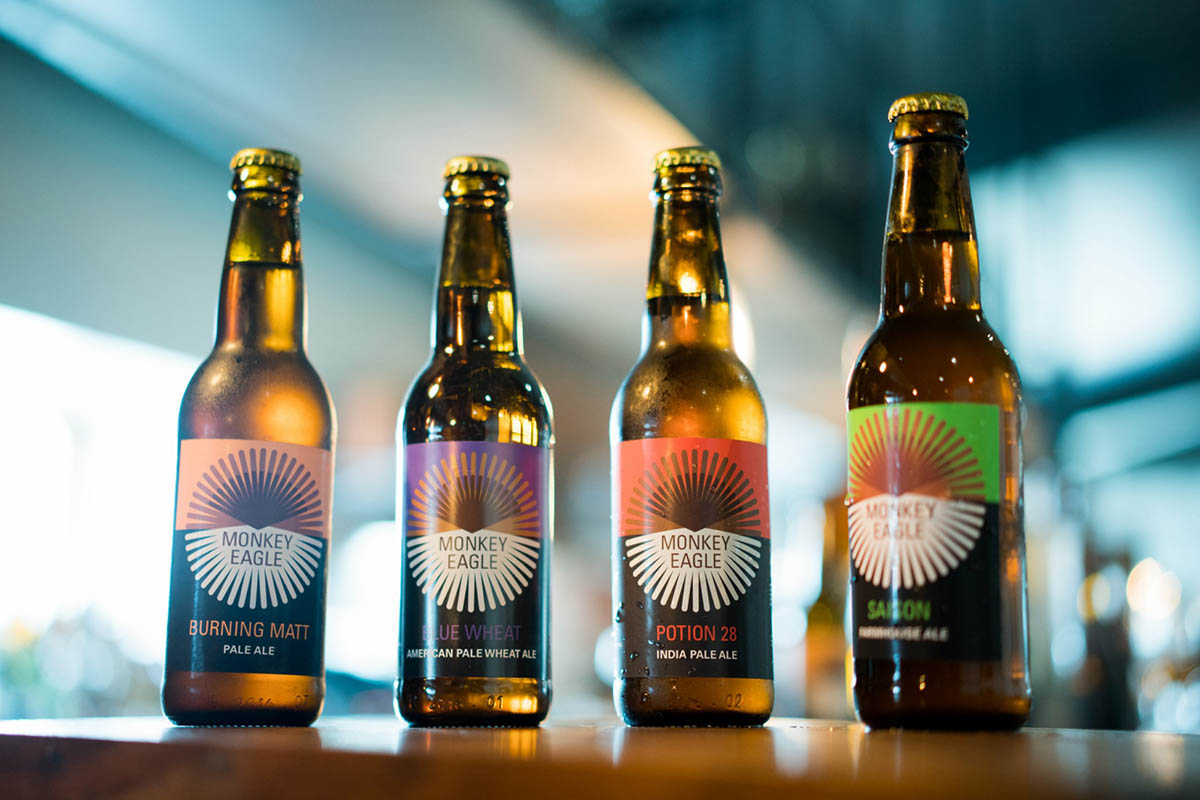 For those who are curious about craft beer, private dining restaurant Privatus and another local microbrewery, Monkey Eagle Brewery recently put together a 5-course menu all in the name of beer appreciation – which, as it happens, is what the event is called.

For “Beer Appreciation 101: The Ultimate Local Craft Beer and Food Pairing Experience,” Monkey Eagle founders Noreen Lao and Ricardo Lopa Jr go through a quick craft beer crash course, from a the history of craft beer, to beer styles, ingredients, the brewing process, how to serve beer – and yes, even its health benefits (probably so you can feel better about all the glasses you will be consuming throughout the workshop).

The most exciting part of the event comes after all of that, when participants get to actually taste the menu that pairs Monkey Eagle’s beers with dishes created by Privatus’ Chef AJ Reyes. 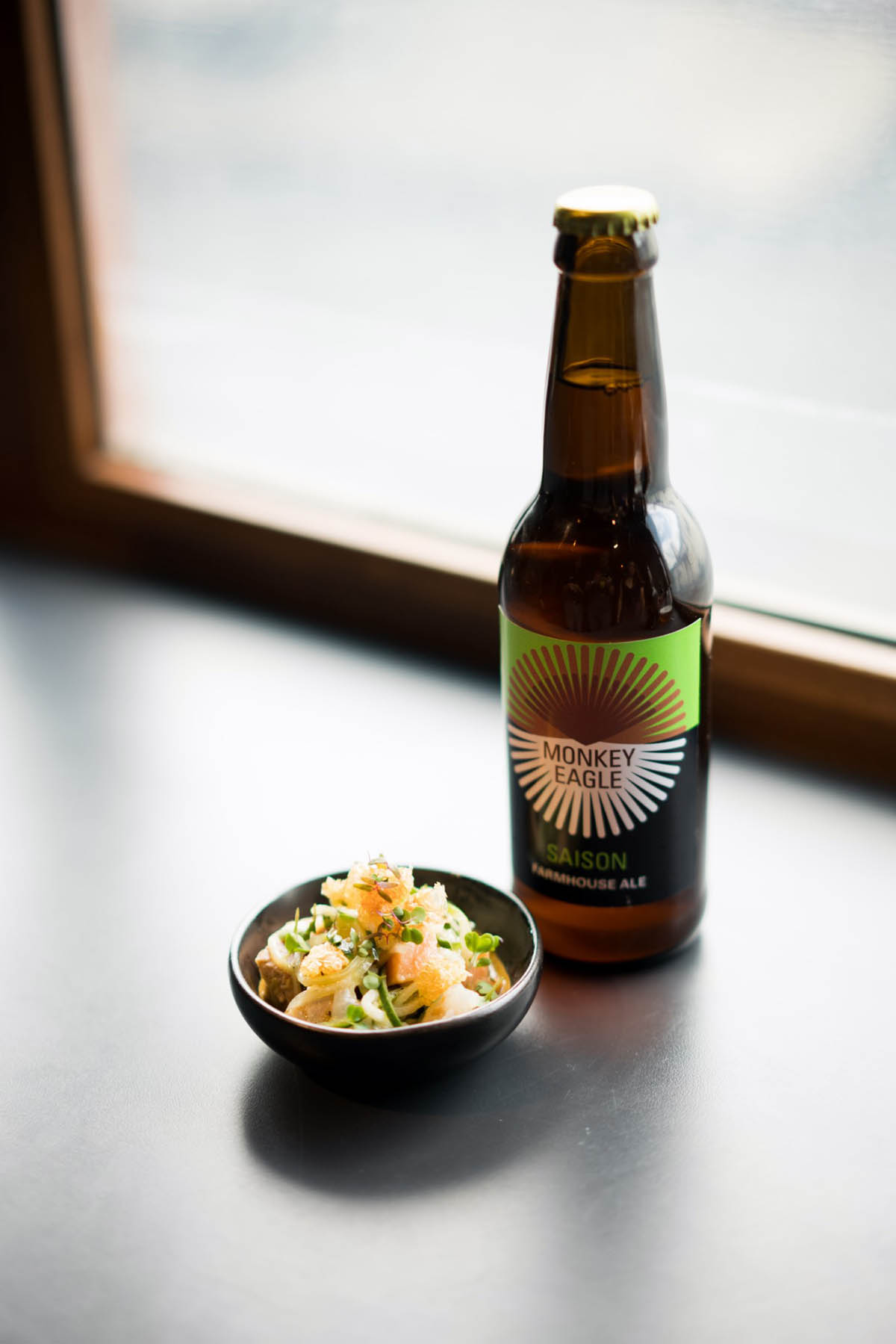 The first course features Monkey Eagle’s Saison Farmhouse Ale, paired with pork and salmon sinuglaw. The sinuglaw starts off the whole dining experience on a punchy, deliciously sour note. The dish is a ceviche of grilled pork, salmon belly and picked veggies tossed in a vinaigrette of calamansi, pinakurat, and green chillies – and if that doesn’t make your mouth water yet, the whole thing is topped of with crispy chicharon.

All those sour and salty flavors come alive especially after your tastebuds have been stirred by a sip of the Saison – and by the way, as Noreen said, one must first drink the beer before tasting the food for maximum flavor appreciation. 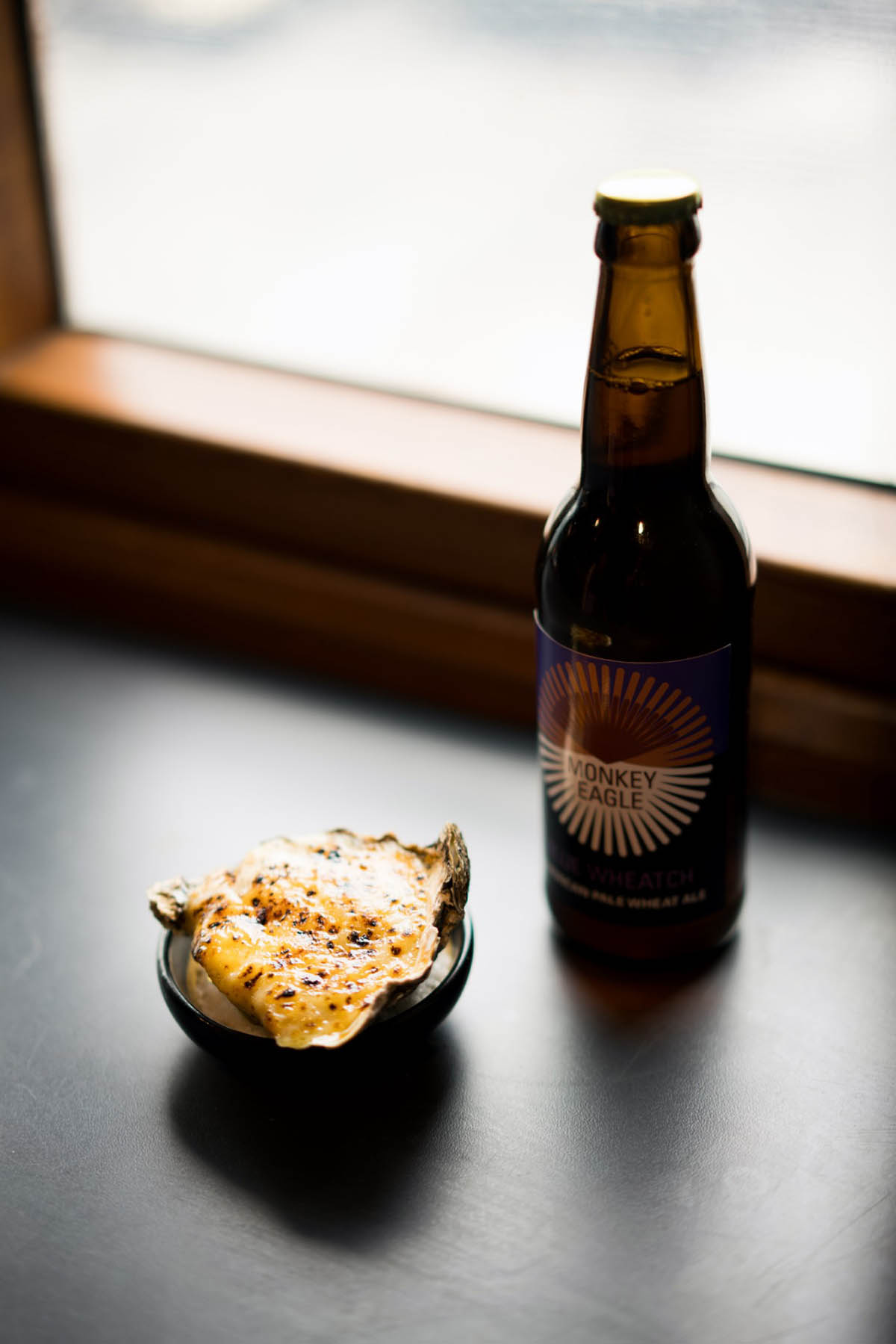 The oysters are so luscious and decadent they’re almost unholy – which only makes them perfect for the more earthy, slightly bitter, slightly fruity taste of the pale wheat ale. 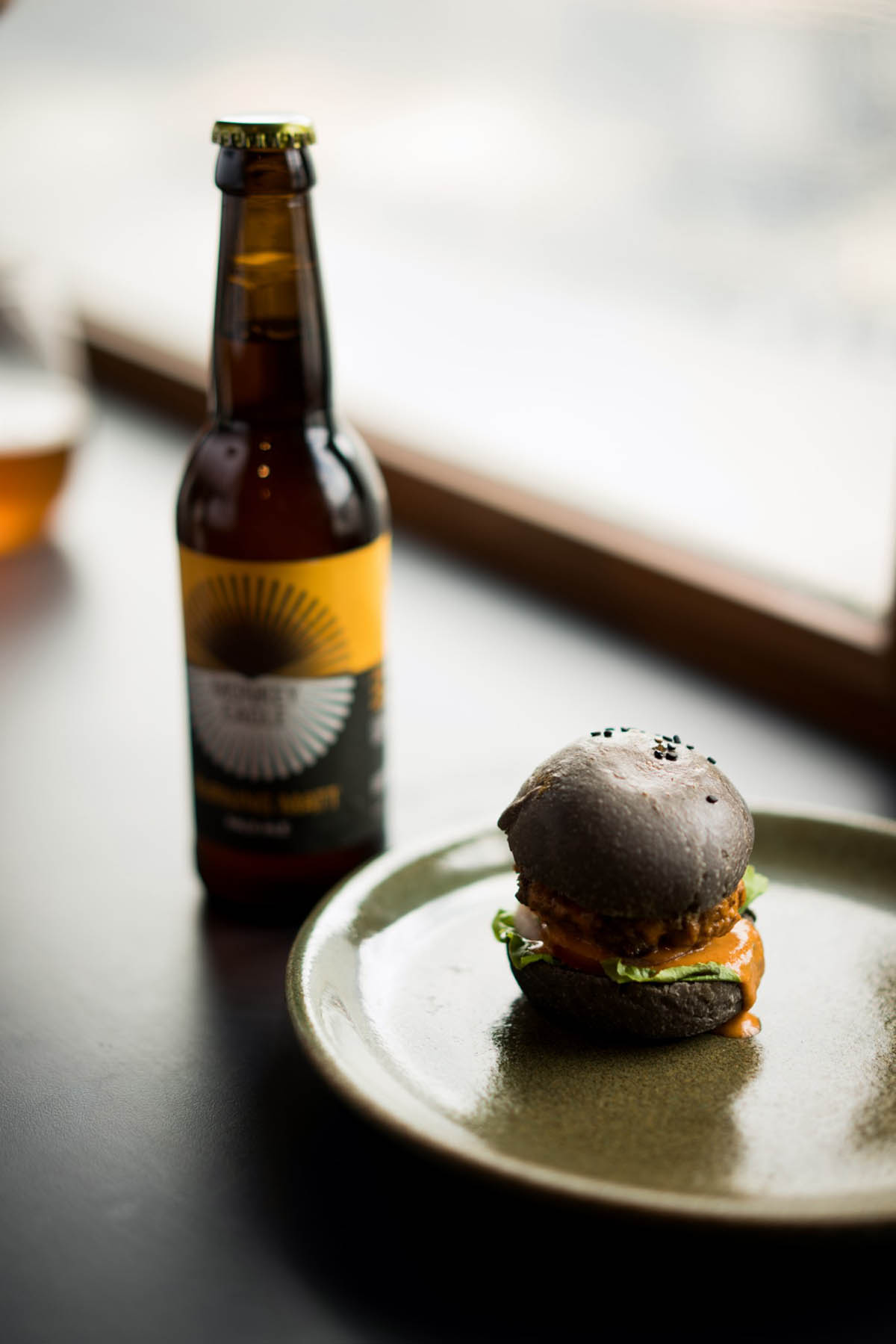 Driving home the decadence of the previous dish is the third course, where Privatus’ signature radical wagyu sliders are paired with Monkey Eagle’s Burning Matt Pale Ale. The wagyu sliders almost completely steal the spotlight in this round.

After all, it’s a grilled wagyu patty, topped off with a luscious aligue sauce, and served in between squid ink buns. But the Burning Matt holds up well as its hoppy, malty flavor complements the dish. 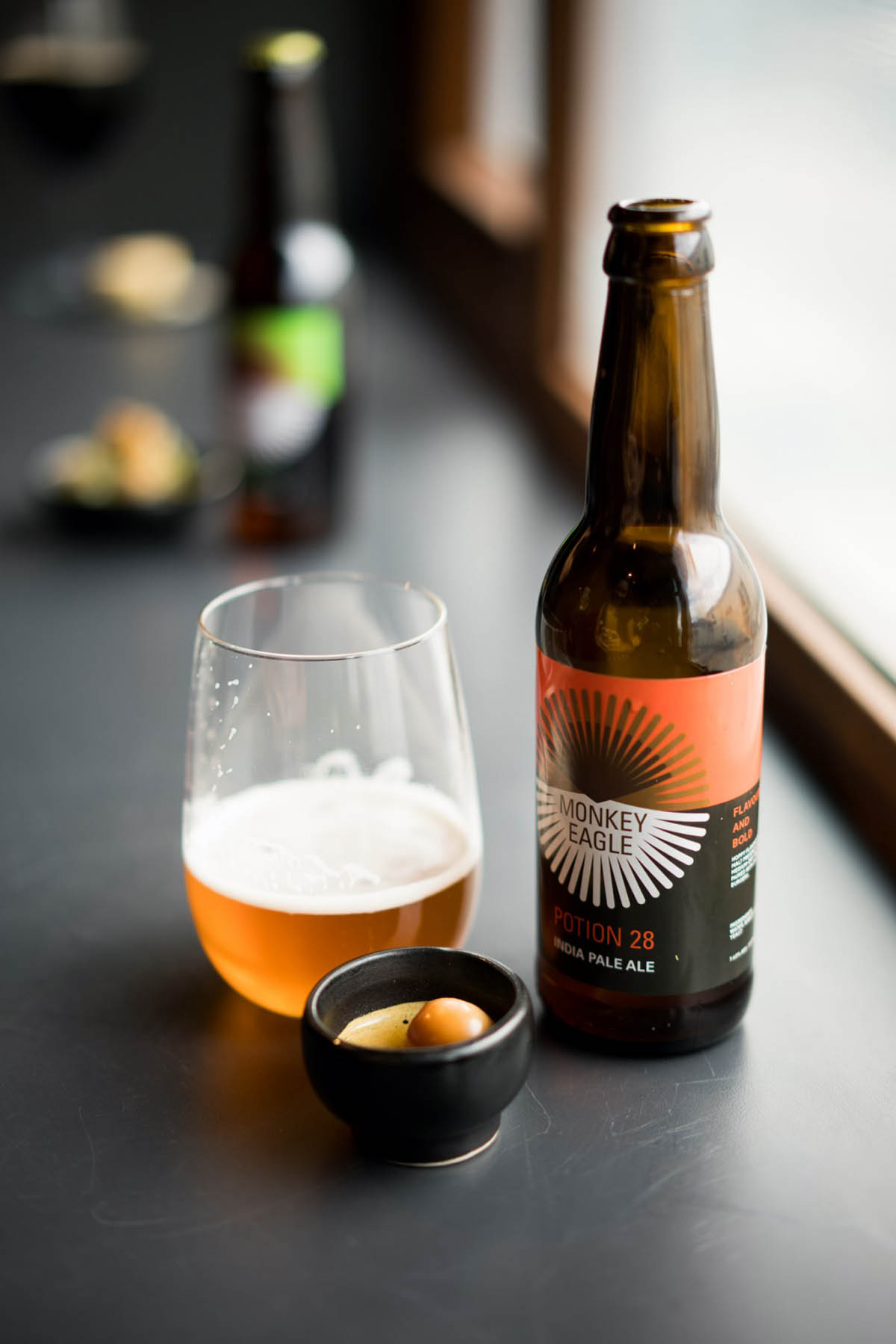 The fourth course features the brewery’s Potion 28 India Pale Ale – which happens to have the highest alcohol content of all the beers served at 7.65% ABV – paired with pickled smoked quail eggs.

The IPA might intimidate fledgling drinkers who may find its bitterness too strong, but the more beer-experienced may enjoy its solid malty taste, which is a good anchor for the sweet-and-sour flavor explosion of the quail eggs. 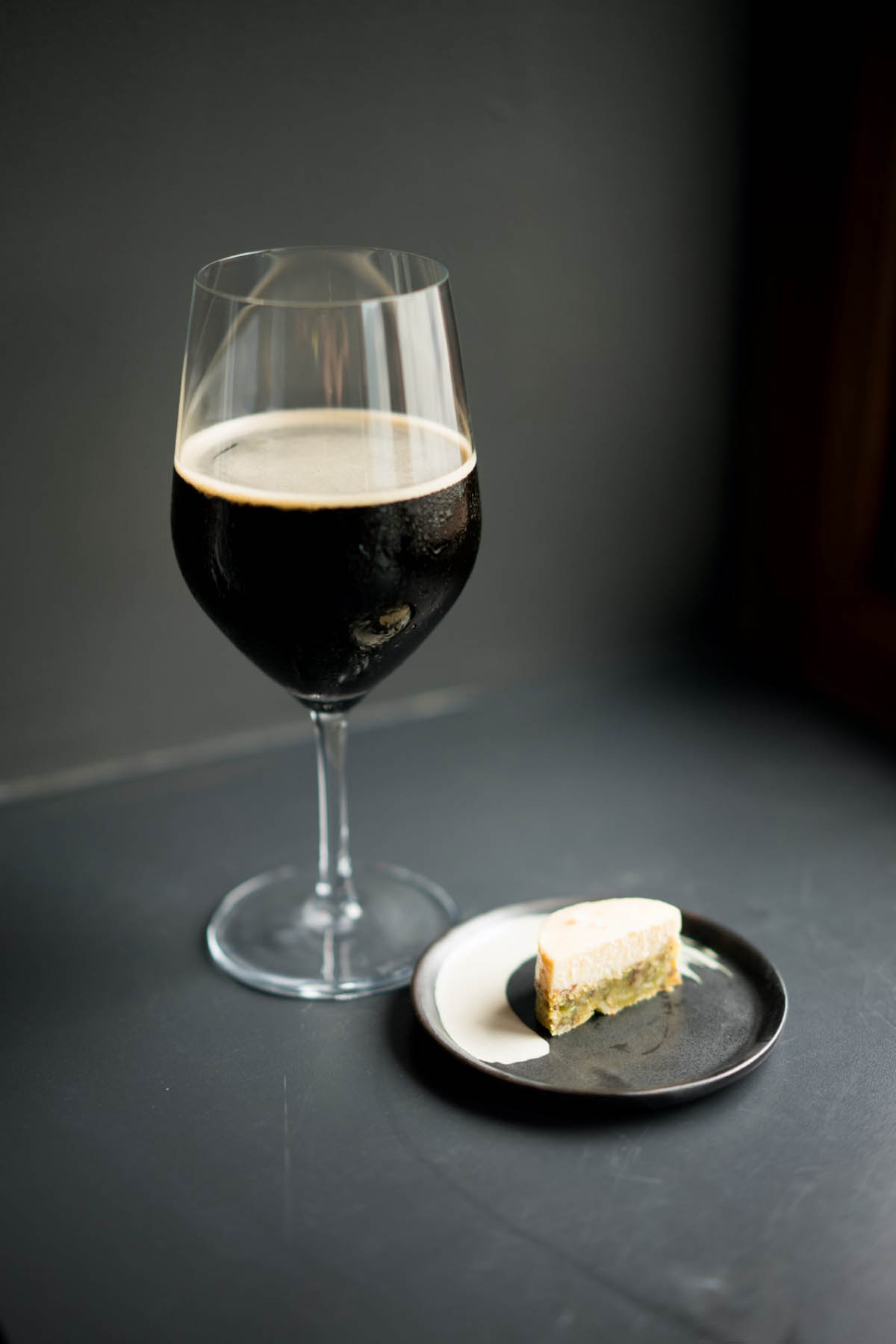 The final course is a nutty cheesecake paired with one of Monkey Eagle’s WIPs – an experimental dark beer with a coffee-like, almost chocolatey taste that is perfect for dessert.

After 5 beer-soaked courses, one is expected to be considerably full, considerably buzzed, and, depending on one’s alcohol tolerance, also considerably less stressed – beer appreciation, indeed.

“Beer Appreciation 101: The Ultimate Local Craft Beer and Food Pairing Experience” will be held at Privatus Private Dining on July 7, at 5 pm. The event fee is P800.