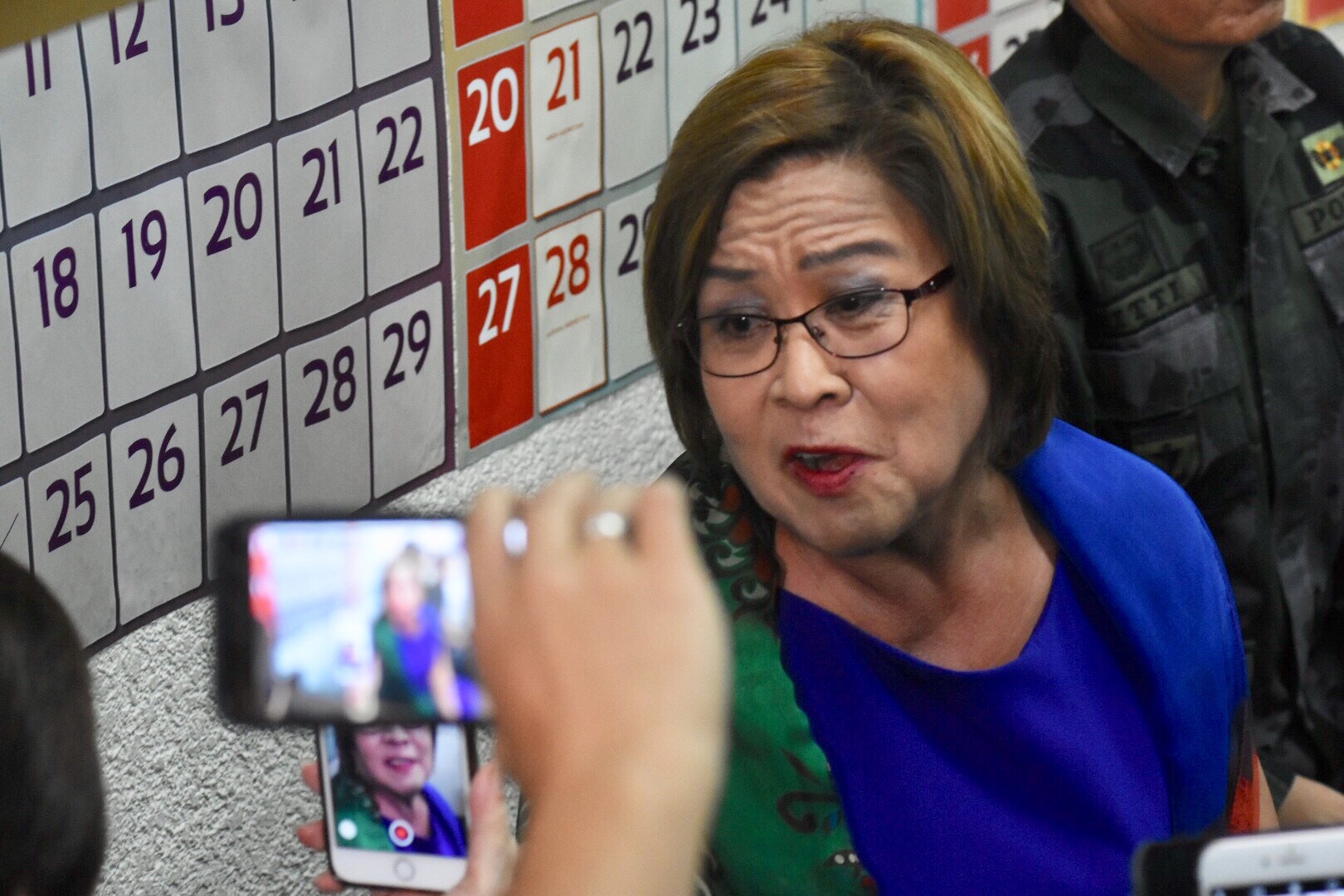 MANILA, Philippines – Detained Senator Leila de Lima filed a resolution urging the Senate to investigate the supposed “influx of Chinese nationals,” both legal and illegal, in the Philippines.

Her office filed Senate Resolution 751 on Tuesday, May 29.

The “immigration surge,” said De Lima’s office, “steals jobs away from ordinary Filipinos,” and “triggers a property surge on many developed areas.”

The problem with legal workers: Citing media reports, De Lima noted an increase in Chinese nationals able to get alien employment permits (AEPs) in the Philippines.

She flagged the reported surge of business licenses awarded by the Duterte administration to Chinese companies, “employing about 200,000 predominantly Chinese workers who have been arriving since late 2016.” (READ: Chinese businessmen flock to Duterte’s Malacañang)

“The surge of AEP issuance means there is a number of available jobs in the Philippines, even while Filipinos continue to seek opportunities abroad and unemployment remains a concern,” De Lima said.

With the Philippines relying on Chinese labor and clients, De Lima warned that “any change in policies by the China government could effectively stall, if not cripple, our local economy.”

The problem with illegal workers: De Lima added that the Chinese also dominate the list of foreigners deported for illegally staying in the Philippines.

De Lima cited two controversies that amendments to the law could have prevented: the beating of a Filipina waitress for eating a chicharon cracker of her illegally staying Chinese boss, and the illegal operation of a dredging vessel at the Macolcol River by 10 mostly Chinese foreigners.

“There is a need to review our capability to enforce our immigration and labor laws in order to protect our country and our countrymen against any adverse effect which may be caused by this immigration surge,” she said.

The Senate is packed with allies of President Rodrigo Duterte, who has boosted ties with China to reap economic gains. – Rappler.com