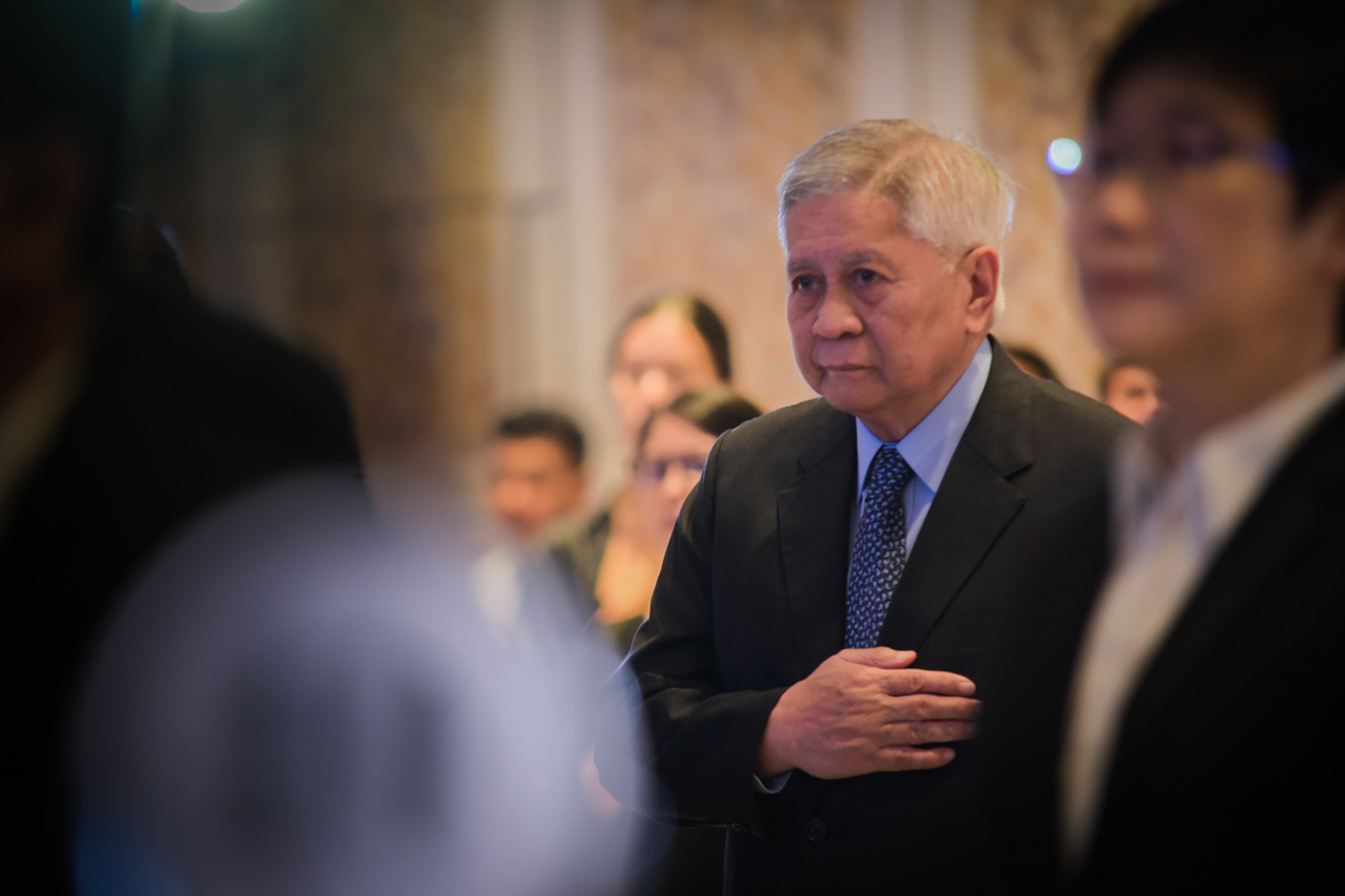 In an emailed message Monday evening, June 4, Del Rosario said the Philippines should have filed “a very strong protest” against this loss of territory.

“On the question of territory lost during the incumbency of this administration, I believe that Sandy Cay is within the territorial sea of Pag-asa. Under the baselines law, Pag-asa is Philippine territory,” Del Rosario said.

“I think that a very strong protest then should have been filed,” he said.

This comes a week after Magdalo Representative Gary Alejano, in a separate statement, reminded Foreign Secretary Alan Peter Cayetano “that China seized Sandy Cay during his and Duterte’s incumbency.” (READ: Duterte: Why should I defend West Philippine Sea sandbar?)

Cayetano had said at the Department of Foreign Affairs (DFA) flag-raising ceremony last May 28 that he would resign if anyone proves that the Philippines “lost a single island during Duterte’s time.”

“I challenge anyone of them. Whatever their profession is – whether they’re justices, politicians, newsmen, journalists – if we lost a single island during Duterte’s time, I will pack my bags, go home, and I will not serve the public in any elected or appointed position. But are you willing to do the same?” Cayetano said in a mix of English and Filipino.

“Are you willing to face this administration, and show us which island feature or inch, square inch, we lost during Duterte’s time? I’m willing to show you what we lost in the last administration,” he added. (READ: Cayetano lectures career diplomats about diplomacy)

Cayetano has refused to publicize diplomatic protests against China, as the Duterte administration prefers quiet one-on-one talks with the Asian giant.

This was even after a Chinese navy chopper harassed a Philippine Navy rubber boat aiming to resupply Filipino troops in Ayungin Shoal. (READ: Flashpoint Ayungin)

Still, in a congressional hearing on May 30, Cayetano claimed that the Philippines has filed 50 to 100 diplomatic protests against China over the past two years. It was unclear how the Philippines did so.

A day after the May 30 hearing, Rappler reported that the Philippines silently handed a note verbale to China on May 26.

Cayetano admitted in a press conference on June 1 that the Philippines filed a note verbale against China, but chose to conceal details of this diplomatic note. – Rappler.com