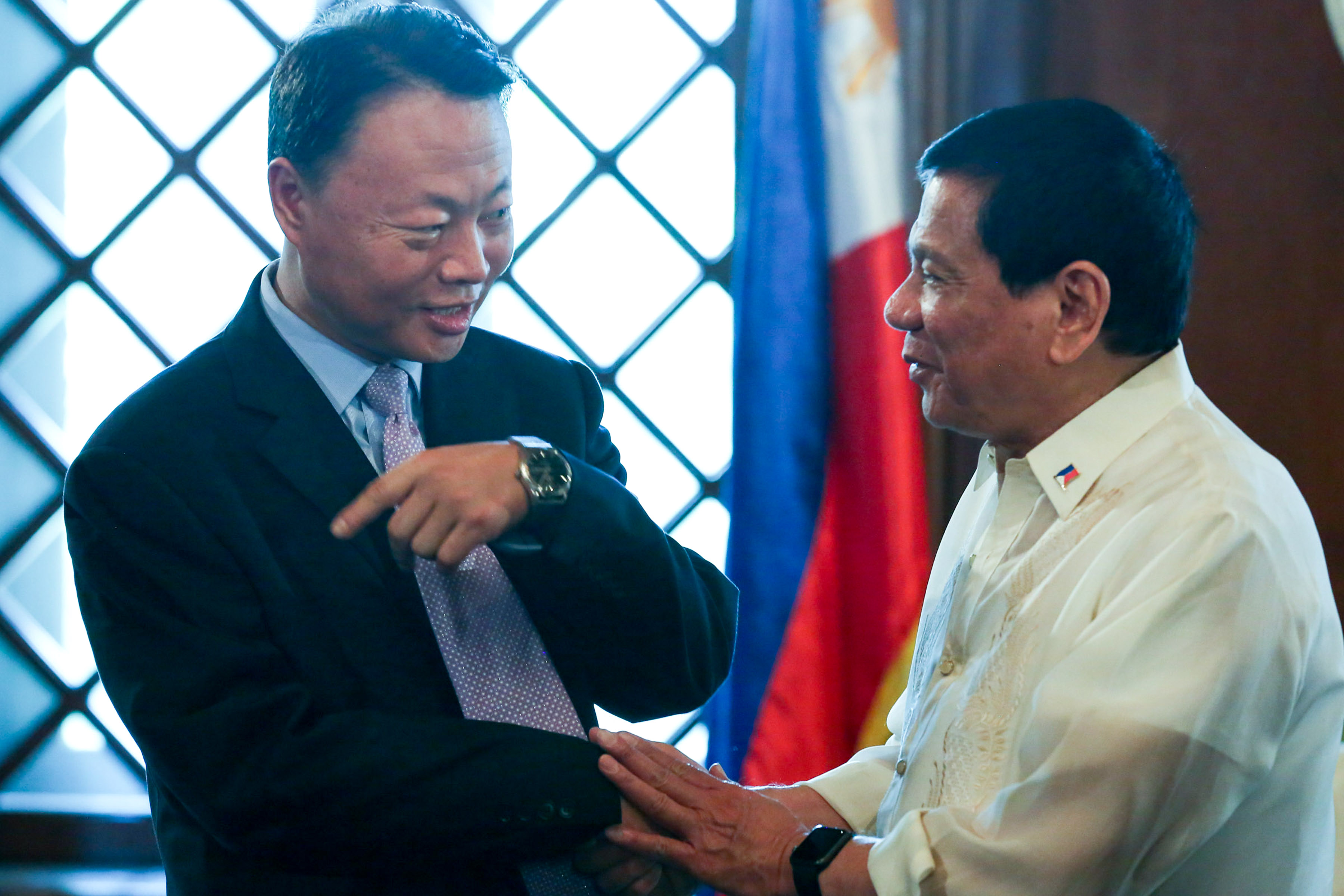 “China has to discipline the errant Coast Guard [personnel] who take fish because that’s unacceptable,” said Roque on Monday, June 11, during a Malacañang press briefing.

He also said that China has assured the Philippine government that it will investigate the alleged confiscation by the Chinese Coast Guard of Filipino fishermen’s catch.

Roque said this assurance came from Chinese Ambassador to the Philippines Zhao Jianhua after Foreign Secretary Alan Peter Cayetano raised the issue with him last week.

“I also talked to Ambassador Zhao. I was given assurance by the ambassador that it is not the policy of China, and Beijing is investigating,” said Roque.

“If it is proven, there will be punishment imposed for the Chinese Coast Guard,” he added in a mix of English and Filipino.

Roque said Malacañang is relying on the word of Chinese President Xi Jinping that the Chinese government will not harass Filipino fishermen in the West Philippine Sea. This promise was made to President Rodrigo Duterte, said the spokesman. (LOOK: IN PHOTOS: Fisherfolk slam China on eve of Independence Day)

“We are not taking this sitting down. Because there is an agreement between President Xi and President Duterte that there will be no harassment of fishermen, even one kilogram [of catch] cannot be taken by the Chinese Coast Guard,” said Roque.

Despite these strong remarks, Roque did not want to describe the incident as a case of harassment by China.

When asked directly if Malacañang considers it harassment, he said: “This is not acceptable. I would not say it’s harassment. You know what is harassment? During the time of President Aquino water cannons were used against them… they were the subject of being targeted by live guns. That’s not happening anymore.”

The spokesman also sought to downplay the incident, saying it won’t significantly affect the “friendly” ties between Manila and Beijing.

“This is a small thing for it to affect the bilateral relationship with China. We give assurances that the Chinese government will be taking some steps,” he said.

Roque had also invited the 3 fishermen in GMA-7’s report to speak at the Palace about the actions of the Chinese Coast Guard.

The fishermen, brought to Malacañang from Masinloc, Zambales, were asked by Roque to explain how they are able to fish around Scarborough Shoal during the Duterte administration, as compared to during the previous administration, which had been more aggressive in protesting China’s actions in the West Philippine Sea. – Rappler.com