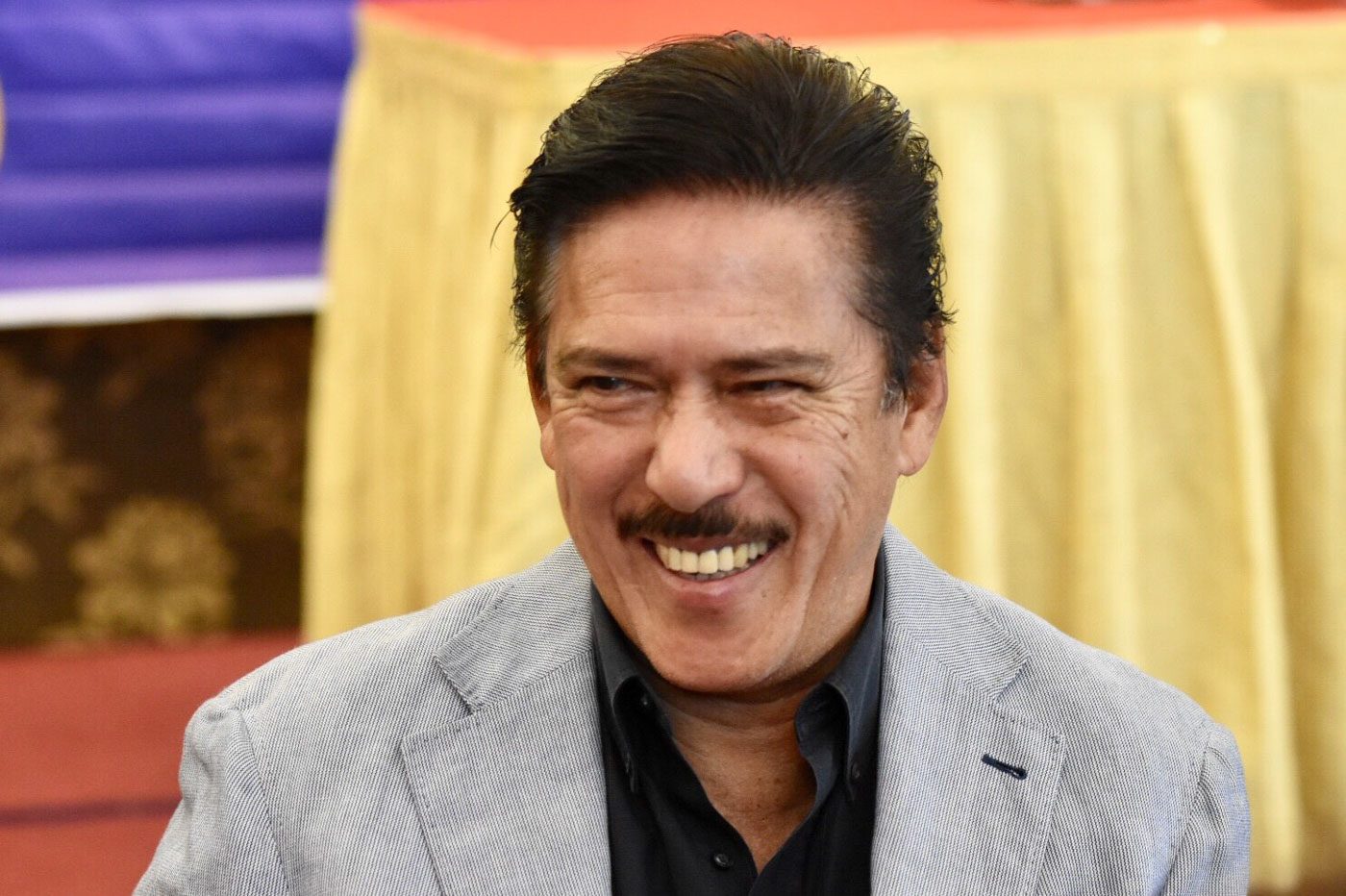 Facebook Twitter Copy URL
Copied
(UPDATED) 'They will [take it down]... because it's fake news. It's [the] original fake news,' says Senate President Vicente Sotto III

Sotto said this in a chance interview with reporters on Monday, June 18.

“They will [take it down]… because it’s fake news. It’s [the] original fake news,” the Senate president said when asked if he would pursue libel charges against Inquirer.net if it refuses to remove the articles.

But asked for clarification shortly after, Sotto said: “Just wait for them (Inquirer.net) to issue a statement [on] whether they will take down that fake news or not.”

In a letter dated May 29, 2018, Sotto wrote to Inquirer Interactive president Paolo Prieto asking them to remove “The rape of Pepsi Paloma” and “Was Pepsi Paloma murdered?” – both written by United States-based columnist Rodel Rodis and published in March 2014.

Sotto also asked Inquirer.net to take down a March 2016 news article on his denial that he used his political affiliation to influence the court decision on the rape case.

He earlier told Rappler that he wants Inquirer.net to “take it down [rather] than file charges in court.”

(Do you mean when I say those people are being paid to destroy me, they’re still covered by freedom of the press? No. That’s the original fake news.)

But Sotto denied this.

“‘Di nila alam ang story. Kausapin nila Inquirer,” he said. (They don’t know the whole story. They should talk to the Inquirer.)

The request was Sotto’s latest attempt to ask news sites to take down articles critical of him.

In February 2016, Sotto threatened to sue Rappler and columnist Sylvia Claudio if the news site would not take down a January 2016 opinion piece titled “‘Magnanakaw’ sa Senado.” The piece was about the P1-billion allocation for contraceptives that was removed from the national budget. Rappler did not take down this piece. – Rappler.com