Piston, other groups to hold transport strike on June 25 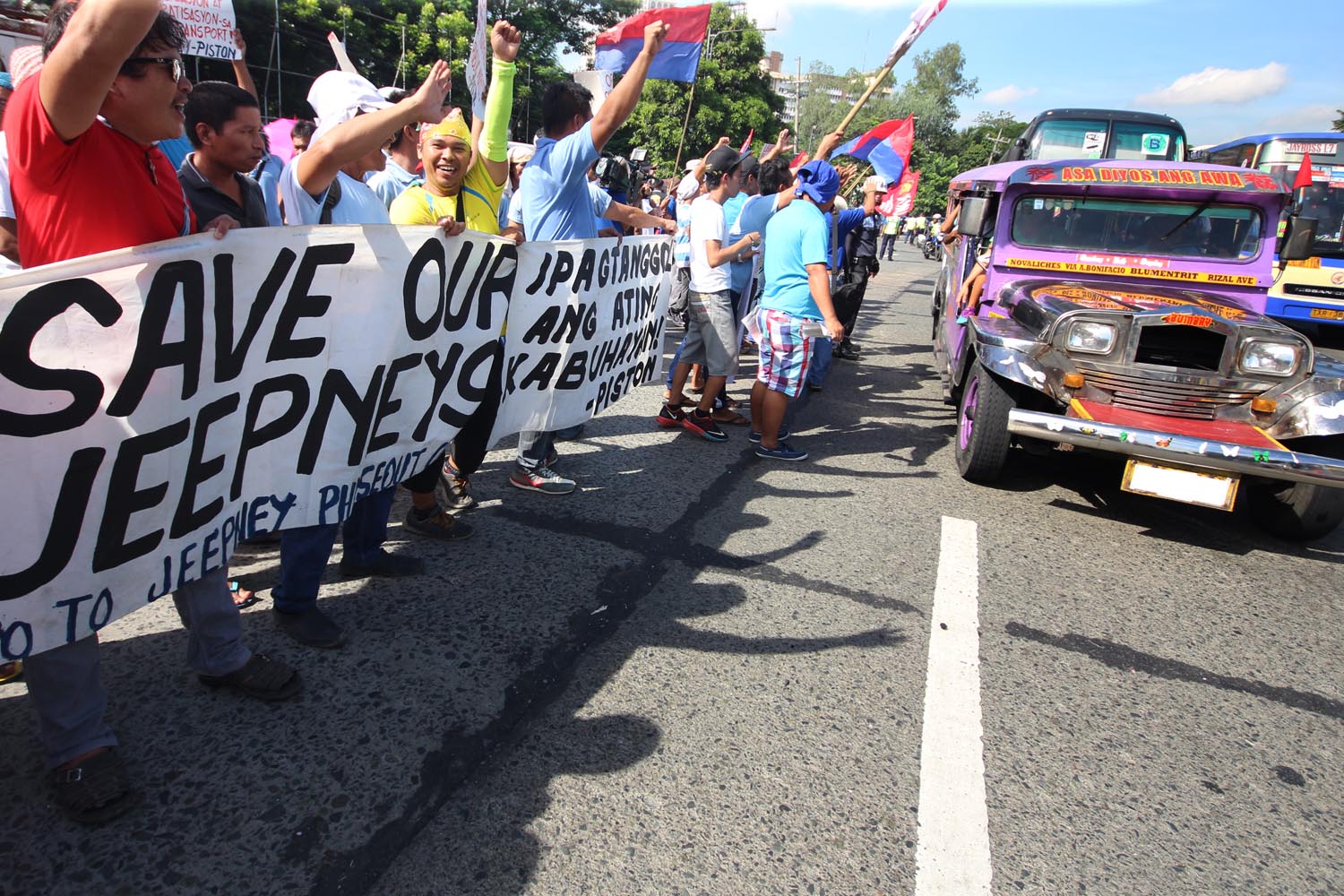 MANILA, Philippines – Transportation groups will hold a strike on Monday, June 25, to protest the government’s jeepney phaseout plan and “overpriced” fuel prices due to the tax reform law.

In a joint manifesto, the Pinagkaisang Samahan ng mga Tsuper at Operator Nationwide (Piston) and the No To Jeepney Phase Out Coalition (NTJPOC), urged public transport operators, drivers, and concerned citizens to join their planned protest action on June 25.

The groups said they would also protest what they called the “new scheme” of the Land Transportation Franchising and Regulatory Board in implementing the jeepney phaseout.

They referred to LTRFB Memorandum Circulars 2018-006 on the Guidelines for the Public Utility Vehicle Modernization Program’s Initial Implementation pursuant to the Omnibus Franchising Guidelines (OFG) and MC 2018-008 on the Consolidation of Franchise Holders in Compliance with Department Order No. 2017-011 issued on March 13 and 18 of this year, respectively.

Under the MCs, individual franchise holders should form a cooperative or corporation. It also set a one-year period for the submission of applications for new routes, subject to public hearings.

Within 3 months after the LTFRB approves the application, the operators should replace their fleet with electric, solar or Euro 4 utility vehicles.

The groups said this was no different from the previous  scheme that operators and drivers had complained about.

“Sa dulo ay bibili pa rin ng mga mamahaling sasakyan (In the end, we would still have to buy expensive vehicles),” they said.

The groups also said they would protest against higher fuel prices caused by the Tax Reform Accleration and Inclusion (TRAIN) Law, which had added P9 to fuel prices from the start of its implementation in January, to May.

(If we compute this from the start of the Duterte regime, where diesel prices have increased by as much as P14, and P16 for gasoline, jeepney drivers have been losing P420 per day.)

The same groups held a transport strike  against the jeepney phaseout on March 18. – Rappler.com