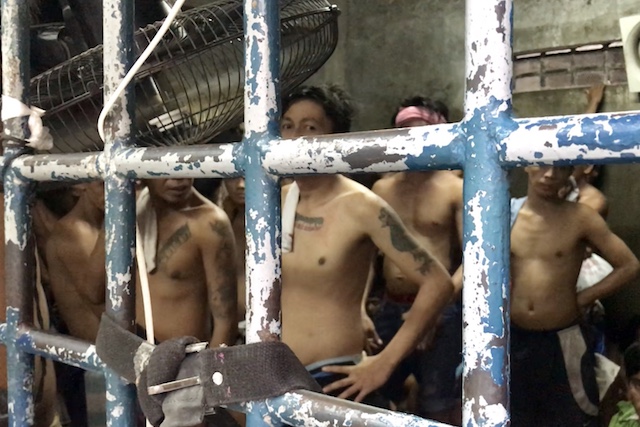 MANILA, Philippines – Senator Paolo Benigno Aquino filed a resolution calling for an investigation into the government’s policy against loitering and the resulting death of 25-year-old Genesis “Tisoy” Argoncillo at the hands of Quezon City police.

“There is a need to assess whether the PNP’s anti-tambay campaign, as well as the local ordinances on which they are supposedly based, are consistent with national laws and the Constitution,” Aquino said in his resolution.

Aquino said the government campaign is “untenable, discriminatory, and anti-poor” given the country’s socio-cultural and economic situation, wherein Filipinos have limited and congested spaces at home.

Argoncillo is the 5th detainee to die under police custody in the past month, arrested on June 15 for “alarm and scandal” as the police adopted an anti-“tambay” drive ordered by President Rodrigo Duterte.

The PNP issued different statements regarding Argoncillo’s death. First, it claimed that it was due to self-inflicted trauma then changed it to suffocation due to the severe congestion of prison cells.

Photos, however, obtained by Rappler showed that Argoncillo did not die from shortness of breath, as what cops claimed. He was beaten to death, with his death certificate identifying the immediate cause as “multiple blunt force trauma” applied to his “head, neck, chest, and upper extremities.” (EXCLUSIVE: Photos, death certificate show Genesis ‘Tisoy’ Argoncillo beaten to death)

After this was revealed, the QCPD claimed that Argoncillo was killed by inmates. (READ: CCTV in Genesis Argoncillo’s detention cell broken on day of killing)

Supposed witnesses wrote in their affidavits that other detainees killed Argoncillo and that cops had nothing to do with it.

Aquino also cited a reported incident wherein people claimed they were arrested while waiting outside the gate of a friend’s house in Makati City. They were detained for one hour and were shown a video of President Duterte’s pronouncement against “tambays” as basis for their detention. – Rappler.com