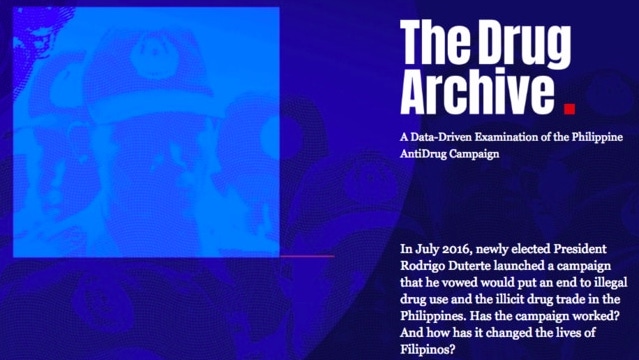 MANILA, Philippines – Three of the leading Philippine universities have gotten together for a big cause.

The 3 universities collaborated with the Stabile Center for Investigative Journalism at Columbia University’s Graduate School of Journalism to create The Drug Archive, an online database housing documents and analyses.

The website was launched with Columbia journalism academic dean Sheila Coronel giving an instructional voiceover on navigating the site during a forum at the Ateneo de Manila University called “The Philippine Government’s Anti-Drug Campaign: Emerging Evidence and Data.”

The first is an online compilation of drug campaign-related cases pending in court, such as the petition for a temporary protection order submitted by residents of San Andres, Manila.

From July 1, 2016 to May 15, 2018, the government’s counting initiative #RealNumbersPH has tallied 4,279 suspects killed in anti-illegal drug operations. Separately, in about two years – from July 1, 2016, up to June 11, 2018 – police have recorded 23,518 Homicide Cases Under Investigation. (READ: At least 33 killed daily in the Philippines since Duterte assumed office)

For context, the site links to a Philippine Center for Investigative Journalism report, which casts doubt on the government’s counting effort, #RealNumbersPH.

The last module collates government-issued documents and their summaries. 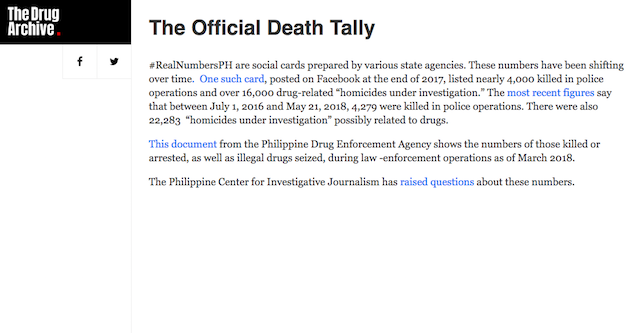 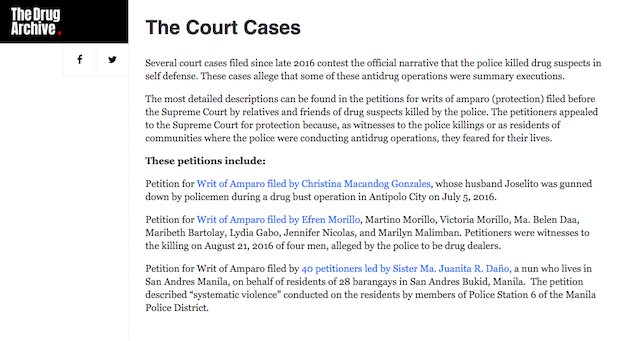 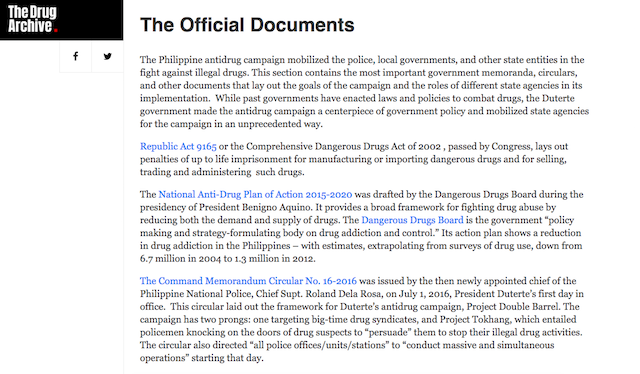 Visit the site at drugarchive.ph. – Rappler.com