Canadian killed in front of house in Batangas City 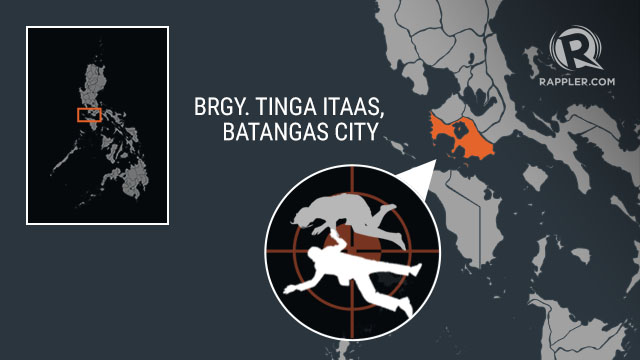 BATANGAS CITY, Philippines – A Canadian was killed and his wife was injured after they were shot several times by two unidentified suspects Sunday night, June 24, in Sitio Maharlika, Brgy. Tinga Itaas.

According to the Batangas Police Provincial Office (BPPO), Barry and Luzviminda Gamon were at the gate of their house when they were shot at around 7:50 pm.

The 66-year old Barry, a retired Canadian pensioner, sustained gunshot wounds in different parts of his body and was pronounced dead at 8:17 pm. His wife Luzviminda, 45, was hit by a piece of deformed bullet and sustained bruises in her right thigh.