Duterte wants loitering minors ‘taken into custody’ for ‘own safety’ 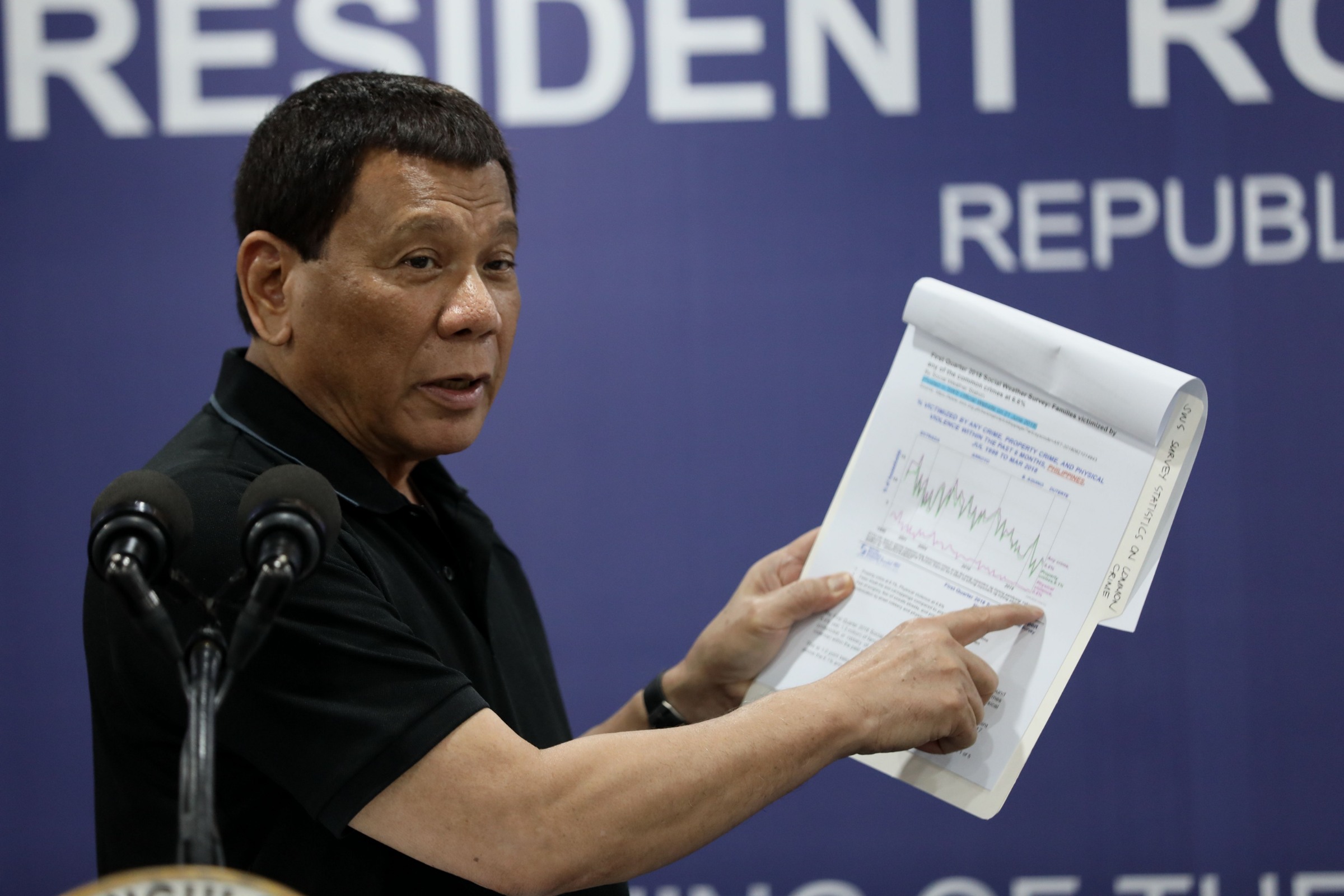 MANILA, Philippines – Tambays (loiterers) who are below 18 years of age are to be taken into police custody for their own protection, said President Rodrigo Duterte on Monday, June 25.

“Eighteen and below are minors. You take them into custody not to arrest them, but for their own safety, to protect them,” said Duterte during an event in Cagayan de Oro City.

The new order comes after he instructed police to “frisk” or “accost” tambays, ostensibly to make streets safer for “law-abiding” citizens.

Police, however, have been arresting loiterers, with one of them, Genesis Argoncillo, even dying while in prison. (READ: Tambays? PNP wrongly detains group waiting outside friend’s home)

“Sabi ni Mayor, paarestuhin ‘yan (Mayor said to arrest them) for their own protection. They are not being arrested for any crime. It’s for their own good that they are arrested,” Duterte added.

As with his order against loiterers in general, the President said detaining minors is within his mandate as “parent of the nation,” which empowers the state to intervene and act as guardian or parent of a citizen in need of protection.

“We are removing the minors. Take them into custody. Call DSWD (Department of Social Welfare and Development), also the barangay, ‘You take care,'” said Duterte.

He also cited the results of a recent Social Weather Stations survey which showed that, despite his administration’s campaign against criminality, Filipinos still fear street crimes.

Reading out loud about the survey, Duterte said, “‘Around 1.5 million families fell victim to common crimes during the first quarter of 2018, a Social Weather Stations survey revealed Thursday.’ One million? Ipagpalit mo diyan sa putanginang mga tambay diyan na naghihintay lang (You will favor those son-of-a-bitch loiterers over them)?”

Duterte came under fire for ordering police to “pick up” loiterers, a policy which could open “a floodgate of abuses,” said lawmakers from the Makabayan bloc.

After the criticism, Duterte backtracked, saying he never ordered that arrests be made and that he only wants police to “frisk” loiterers.

The President said he would stick with his orders against tambays unless the Supreme Court declares they are unconstitutional. (READ: [EDITORIAL] #Animated: Getting rid of the tambays) – Rappler.com