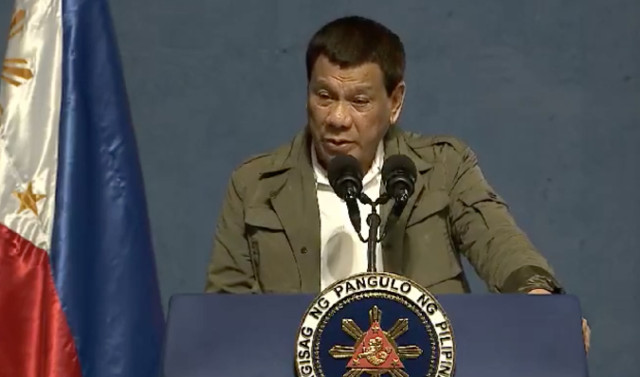 MANILA, Philippines – A recent survey on crime has disheartened President Rodrigo Duterte enough for him to say he is useless.

This is the 3rd time Duterte has mentioned the First Quarter 2018 Social Weather Survey. He first spoke of it in a speech on Friday, June 22, a day after the results were released, and then again in a speech on Monday, June 25.

His apparent take on the survey results contrasts with that of Presidential Spokesperson Harry Roque who, in a statement, even welcomed the results because of the drop in the number of families who said they were victimized by crime.

“We welcome the latest Social Weather Stations survey showing 6.6% of families reporting victimization by any of the crimes within the past 6 months – down from December 2017’s 7.6%,” he had said last Thursday, June 21.

Duterte, at least in his speech, chose not to focus on the drop but on the fact that 6.6% families – or 1.5 million families – fell victim to crimes.

Suppressing crime and drugs is Duterte’s biggest campaign promise and the banner program of his administration.

The SWS poll is proof, said the President, that more needs to be done to suppress criminality in the country.

“There seems to be a semblance of a republic and a nation but inside it’s topsy-turvy. It’s crime ridden,” said Duterte.

He then told his audience of local executives that they have to do their part in ridding their villages of crime and drugs.

“Their conclusion is, people are usually afraid to go out at night or to walk the streets because of the crime…So how do we deal with this problem?” said Duterte.

The SWS survey was also cited by the President as a compelling reason to “frisk” tambays (loiterers) and “take into custody” even minors who are loitering, “for their own safety.”

His order on tambays was heavily criticized for its vagueness, with Makabayan lawmakers saying it could open “a floodgate of abuses.” – Rappler.com