Jun 27, 2018 6:00 PM PHT
Paterno Esmaquel II
Facebook Twitter Copy URL
Copied
'He is the President, listen only when he speaks about his work,' says Davao City Mayor Sara Duterte Carpio after her father drew flak for calling God 'stupid' in a work-related speech 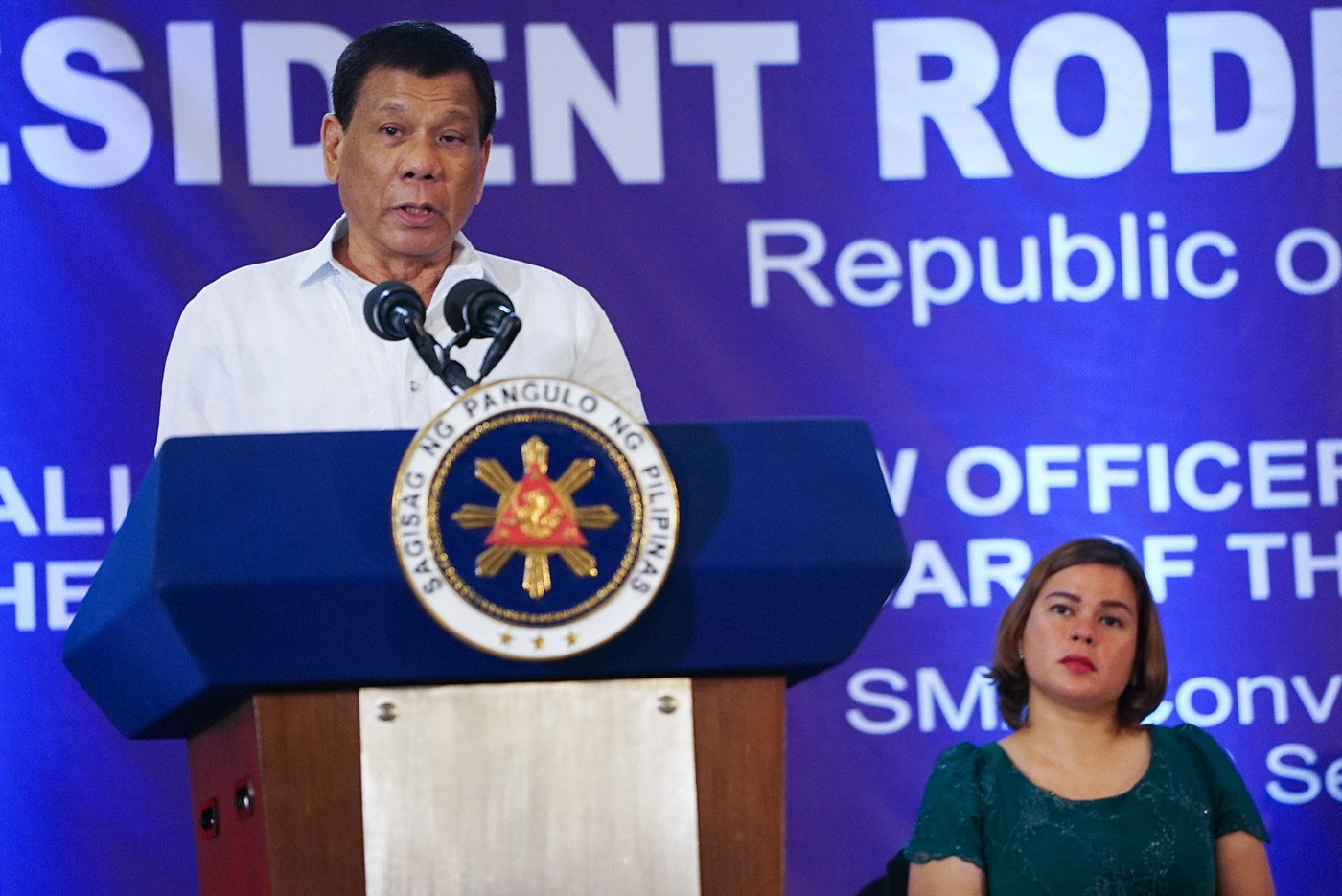 In a Facebok post, Carpio said Filipinos should not listen to Duterte when he tries to interpret the Bible or the Koran.

“He is the President, listen only when he speaks about his work. And criticize him on his work, not on his ‘talkkalese,'” she said.

Duterte made his “stupid God” tirade in a work-related speech, on a podium with the presidential seal, at the National Information and Communications Technology Summit on June 22 in Davao City.

Carpio added: “Do not waste your negative energy on his interpretation of the Bible. That is his opinion. He is protected by the constitutional right to freedom of speech and expression even if he is President.”

Critics have blasted Duterte not only for manufacturing his own version of the Bible’s creation story, but for also calling God “stupid” and disrespecting most Filipinos’ religious beliefs.

(How can he be a president for all Filipinos if he does not have respect for the Catholic faithful?)

(Most of his supporters are Catholics, right? Catholics will respect him even if he does not agree with the Catholic faith. But disagreement is not a license to insult.) – Rappler.com