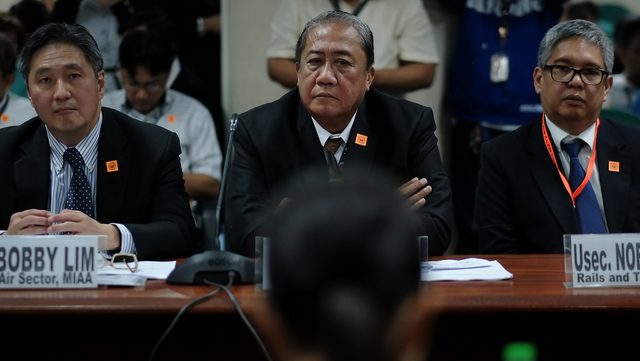 Facebook Twitter Copy URL
Copied
Prospective bidders are now required to submit a certification, under oath, that they do not have pending cases against the government

MANILA, Philippines – The Department of Transportation (DOTr) in a memorandum said that all prospective bidders with pending cases against the government are automatically disqualified.

In a memorandum dated June 26, Transportation Undersecretary Reinier Paul Yebra ordered all undersecretaries, assistant secretaries, and heads of agencies to require prospective bidders to submit a certification, under oath, that they do not have pending cases against the government.

“[I]n addition to the eligibility requirements prescribed under the 2016 Revised Implementing Rules and Regulations (RIRR) of Republic Act 9184, all prospective bidders with pending cases against the government shall be disqualified from participating in all bidding activities undertaken by this department,” the memorandum said.

“Failure to comply with said requirement and/or submission of false certifcation shall constitute a ground for automatic disqualification,” it added.

DOTr Secretary Arthur Tugade said that the memorandum is in line with the procurement principles under RA 9184 or the Government Procurement Reform Act.

“Prospective bidders who want to do business with government must have a clean record, and must have a history of good dealings with the government,” he added. This is the latest move of the department to promote transparency in its bidding and procurement processes.

In 2017, Tugade ordered all bidding conferences to be streamed live on DOTr’s official Facebook page. He also required all bidders to file their bids and other correspondences via email.