Jul 3, 2018 1:00 PM PHT
Lian Buan
Facebook Twitter Copy URL
Copied
The Commission on Audit, in its report on the Bureau of Jail Management and Penology, says inmates 'hold on to gangs' for protection, social support, and access to 'material benefits' 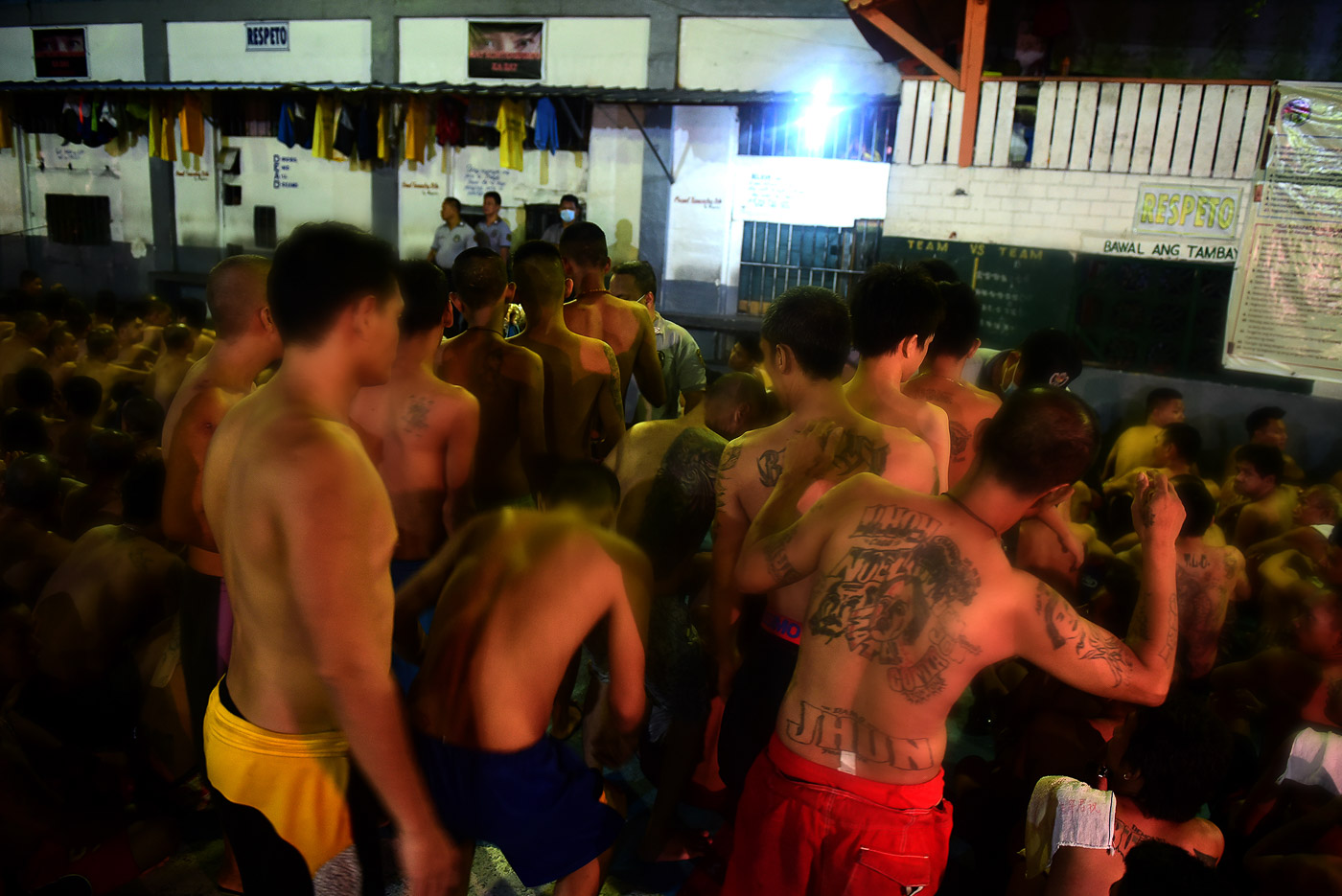 MANILA, Philippines – Philippine jails have hit a 612% congestion rate, causing many inmates to get sick, and creating a breeding ground for gangs, according to state auditors.

“Congestion in jails leads not only to health and sanitation problems but also to increased gang affiliation of inmates. To sustain survival, inmates hold on to gangs or ‘pangkat’ where they find protection, [a] network of social support, and most important, access to material benefits,” the Commission on Audit (COA) said in its 2017 audit report on the Bureau of Jail Management and Penology (BJMP).

“The jail populations for the year recorded an increase in various months due to the number of drug-related cases in the country as well as the court’s slow [action] or inaction on the pending cases caused by lack of judges, postponement of hearings, and the slow disposition of criminal cases that carry the penalty of reclusion perpetua or life imprisonment. Detainees who are below poverty line cannot afford to post bail so they were [stuck in jail],” COA said.

The fastest solution would be to expand the jails, but COA said “lots where some jail buildings were constructed had limited space; hence, construction or expansion horizontally of the said buildings is not possible.”

Philippine standards are not exactly ideal either. The BJMP manual states that the  “ideal habitable floor area per inmate” is at 4.7 square meters, or about half of a parking space for a car.

Even then, this minimum standard has not been met, and far from complying with the requirement of the United Nations Minimum Standard Rules for the Treatment of Prisoners which provides for “minimum floor space, lighting, heating, and ventilation” for inmates.

The BJMP management told COA there are 31 ongoing jail construction projects and 21 more being bidded out. – Rappler.com