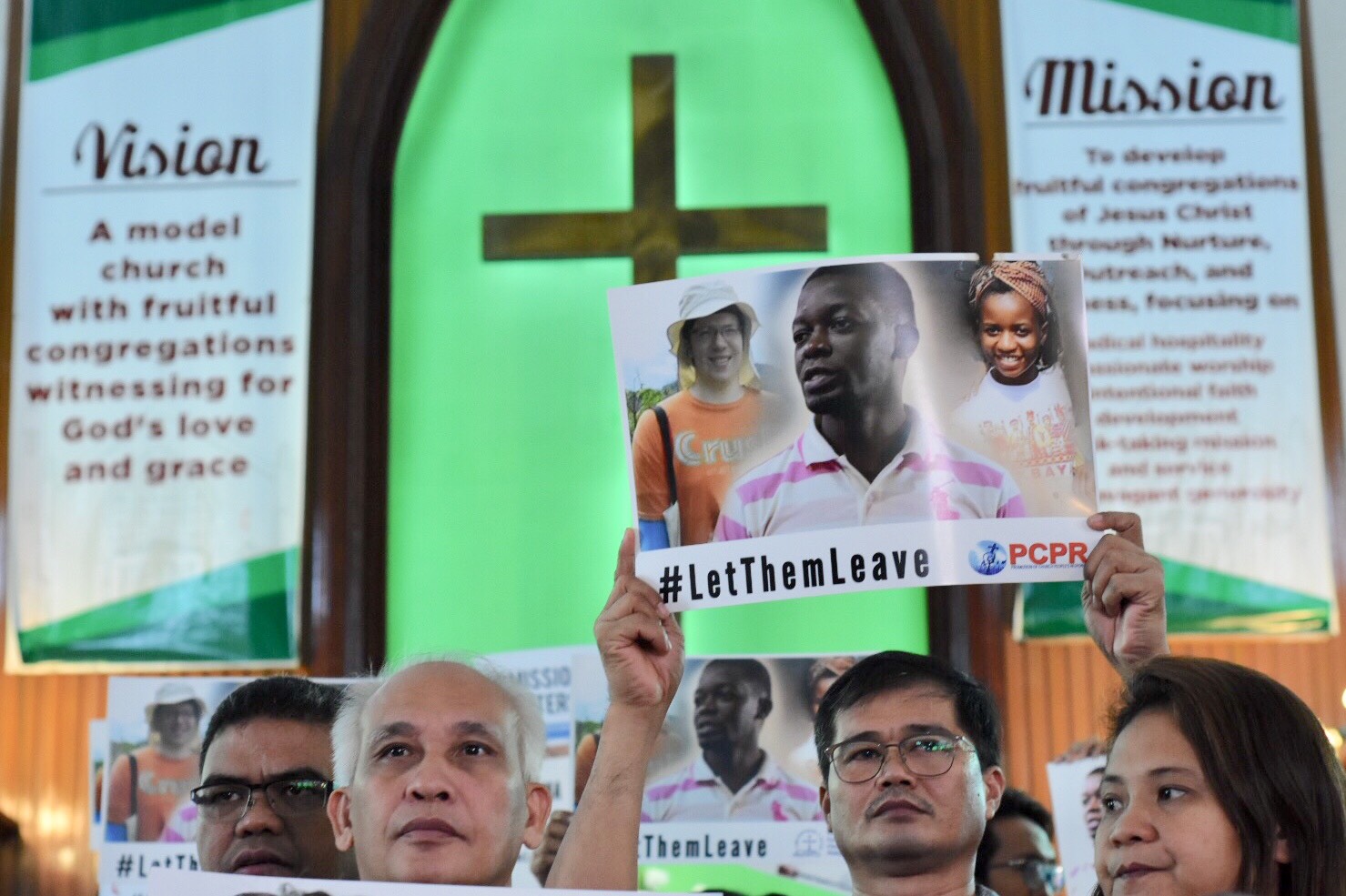 MANILA, Philippines – The Bureau of Immigration (BI) on Tuesday, July 3, confirmed it has ordered 3 Methodist missionaries to leave the Philippines because two allegedly overstayed in the country while all of them engaged in “political activities.”

In a statement, the BI said the following Methodist missionaries face deportation from the Philippines:

In a statement, BI spokesperson Dana Krizia Sandoval said Chandiwana “will be deported pending the submission” of his clearance from the National Bureau of Investigation.

The BI said Chandiwana “was also ordered to leave, being the subject of a government intelligence report for his alleged involvement in leftist-organized activities.”

“Chandiwana was apprehended last May 9 in Toril, Davao, pursuant to a valid Mission Order from the Commissioner,” Sandoval said.

“Upon inspection, it was confirmed that he is an overstaying alien as his missionary visa expired last April 6.  He also admitted to have been working in the country since October 2016, but sought a visa only in 2017,” she added.

Chandiwana is now on the BI’s blacklist “for overstaying, for engaging in missionary works without a visa, and for involvement in leftist-organized activities.”

Two more on the blacklist

In the case of Shaw, Sandoval said he had been in the Philippines since 2011, “and admitted to have engaged in missionary works without a visa from 2011 to 2013.”

Referring to Shaw, Sandoval said: “He was granted a missionary visa upon his return to the Philippines in 2017, which expired last April 26.  He was also ordered to leave for engaging in missionary works without a visa, for overstaying, and for involvement in leftist activities.”

Sandoval said Osman “was included in the BI’s watch list last March 12, and was ordered to leave last June 18.”

Both Osman and Shaw “were directed to submit their requirements for the fulfillment of their order to leave, before they could depart the country.”

Osman and Shaw “were subsequently included in the BI’s blacklist following reports on their involvement in leftist activities.”

“Alien missionaries in the Philippines must be actually, directly, and exclusively engaged in religious work,” Sandoval said.  “They must not engage in any endeavor that is not consistent with their religious or missionary vocation.”

She also denied there is a crackdown on foreign missionaries in the Philippines.

“In fact, there are currently more than 500 lawful missionary visa holders in our records, and we welcome and appreciate their presence, as long as the visa is not abused for purposes of joining partisan political activities,” Sandoval said.

The Council of Bishops of the United Methodist Church earlier called on the Philippine government to release Chandiwana, Shaw, and Osman.

Chandiwana was held less than a month after Sister Patricia Fox, an Australian missionary in the Philippines for the past 27 years, was detained by the BI on April 16 for supposedly joining political activities.

Fox earlier rejected the “narrow-minded” definition of missionary work cited by the BI in ordering her to leave the Philippines.

“I am a missionary and I happen to be assigned here in the Philippines. So, as part of my missionary work, I call on the injustices I found here which include imprisonment of farmers or members of indigenous communities for trumped-up charges,” Fox said. – Rappler.com