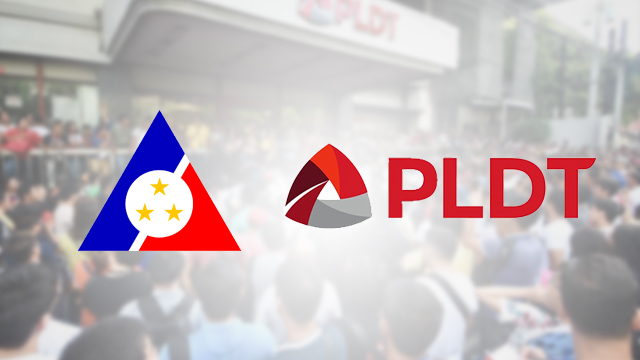 MANILA, Philippines – The Department of Labor and Employment (DOLE) maintained that PLDT Incorporated must regularize more than 7,000 workers instead of terminating them.

(The order of DOLE is clear – [it’s] final and executory. DOLE has been investigating PLDT since 2016. They appealed and appealed, that’s why it took us until 2018.)

Aside from placing employees in permanent positions, DOLE had also ordered PLDT to give around 2,000 workers monetary benefits totaling P51.6 million.

DOLE also issued cease and desist orders to 38 contractors for engaging in labor-only contracting schemes. This means that they are prohibited from operating a contracting business and that the workers they deployed to PLDT must be regularized under the telecommunications company.

PLDT filed a motion for reconsideration, but this was denied by DOLE back in April.

Maglunsod said the telco had been “skirting” around the law, and by refusing to follow the DOLE order, is “insulting” the department and President Rodrigo Duterte.

(They are insulting DOLE, and the President of the Philippines, Rodrigo Duterte, and his advocacy to stop contractual employment schemes. They are skirting around [the law] – they are violating our labor laws and the rights of workers.)

DOLE only permits contracting of labor that is not part of the key functions of a company, via manpower agencies registered with the department.

In a statement on Tuesday, PLDT denied allegations that it terminated service contracts. (READ: #SavePLDTContractuals: Ex-PLDT workers share stories of being jobless)

It also said DOLE’s cease and desist order to 38 companies will only “displace” workers deployed to PLDT.

“These actions, if pursued by DOLE, would effectively shut down these companies, and displace not only the workers deployed to PLDT but also thousands of other workers assigned to other principals,” the telco said.

PLDT had filed a petition for certiorari at the Court of Appeals (CA), asking it to review DOLE’s April 30 order. PLDT said 23 of the 38 contractors also filed similar petitions.

“Some news reports quoted Secretary [Silvestre Bello III] as saying that PLDT’s termination of its service contracts, done allegedly to circumvent the DOLE, should have no effect on the workers who should be regularized by PLDT,” the telco said.

“While PLDT awaits judicial relief from the CA, PLDT is carrying out an orderly and effective intake process in response to the DOLE order. This process involves the proper identification of individuals named in the DOLE order and establishing their respective qualifications and fitness for work,” it added.

“[DOLE] has given a number of our service contract providers a cease and desist order from rendering service to PLDT. This has affected the quality of our service at the moment,” the telco said.

Last June, DOLE tagged PLDT as among the top companies with illegal contracting practices, with over 8,000 affected workers.

In 2017, DOLE also ordered PLDT and its contractors to regularize close to 10,000 employees and settle P66 million in unpaid benefits. – Rappler.com