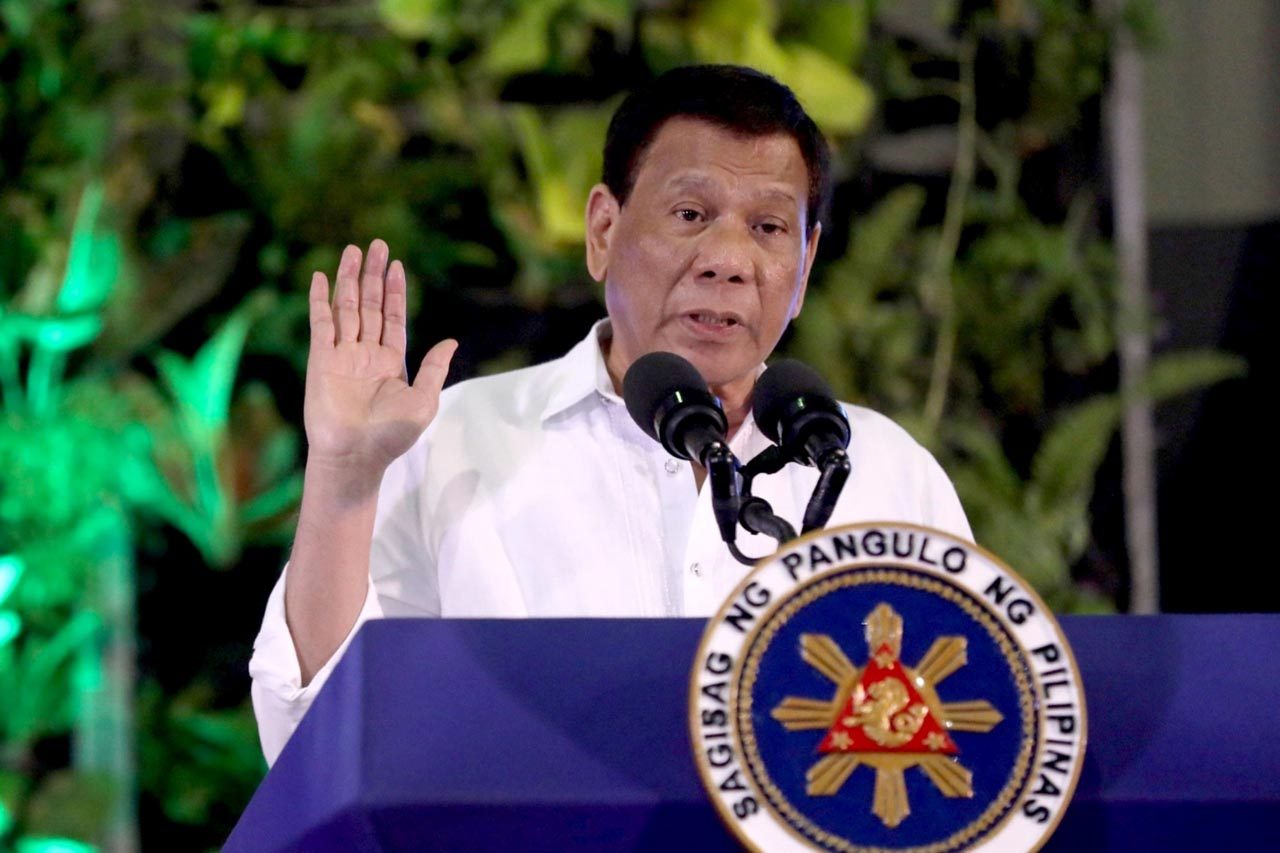 Facebook Twitter Copy URL
Copied
'Di bale. Uuwi na lang ako sa amin,' says President Rodrigo Duterte, as he lightheartedly speaks of the quo warranto petition against him during the anniversary of the Office of the Solicitor General

In a speech on Tuesday, July 3, during the anniversary of the Office of the Solicitor General, Duterte’s remarks about the petition were dripping with sarcasm.

(I have a problem because I heard the Supreme Court is ready with the decision on the quo warranto petition and I’m also due for ouster just like Sereno.)

“Yung finile Pamatong. Ah ‘di bale. Uuwi na lang ako sa amin. (The one filed by Pamatong. Never mind. I will just go home.) I would be happy to step down,” he added.

Ironically, he was addressing an audience that included Solicitor General Jose Calida who had filed the quo warranto petition against former Supreme Court Chief Justice Maria Lourdes Sereno. The petition led to her ouster.

Pamatong based his petition, filed on June 6, on the clerical mistake in the PDP-Laban certificate of candidacy (COC) of its presidential candidate for the May 2016 presidential elections.

In February 2016, the Commission on Elections (Comelec) First Division dismissed the disqualification cases against Duterte, which allowed him to run and eventually win.

Pamatong’s petition, however, may not go far in the High Court because procedurally, he is not qualified to file the petition.

Rule 66 of the Rules of Court states that only the solicitor general, a public prosecutor, and an individual with a claim to the position supposedly “usurped” by the subject of the petition can file.

Pamatong’s 7-page petition does not address the question of his qualification to file the quo warranto against Duterte.

The Comelec had declared Pamatong a nuisance candidate in the 2016 elections. In 2016, the SC suspended him from practicing law for two years. – With a report from Lian Buan/Rappler.com