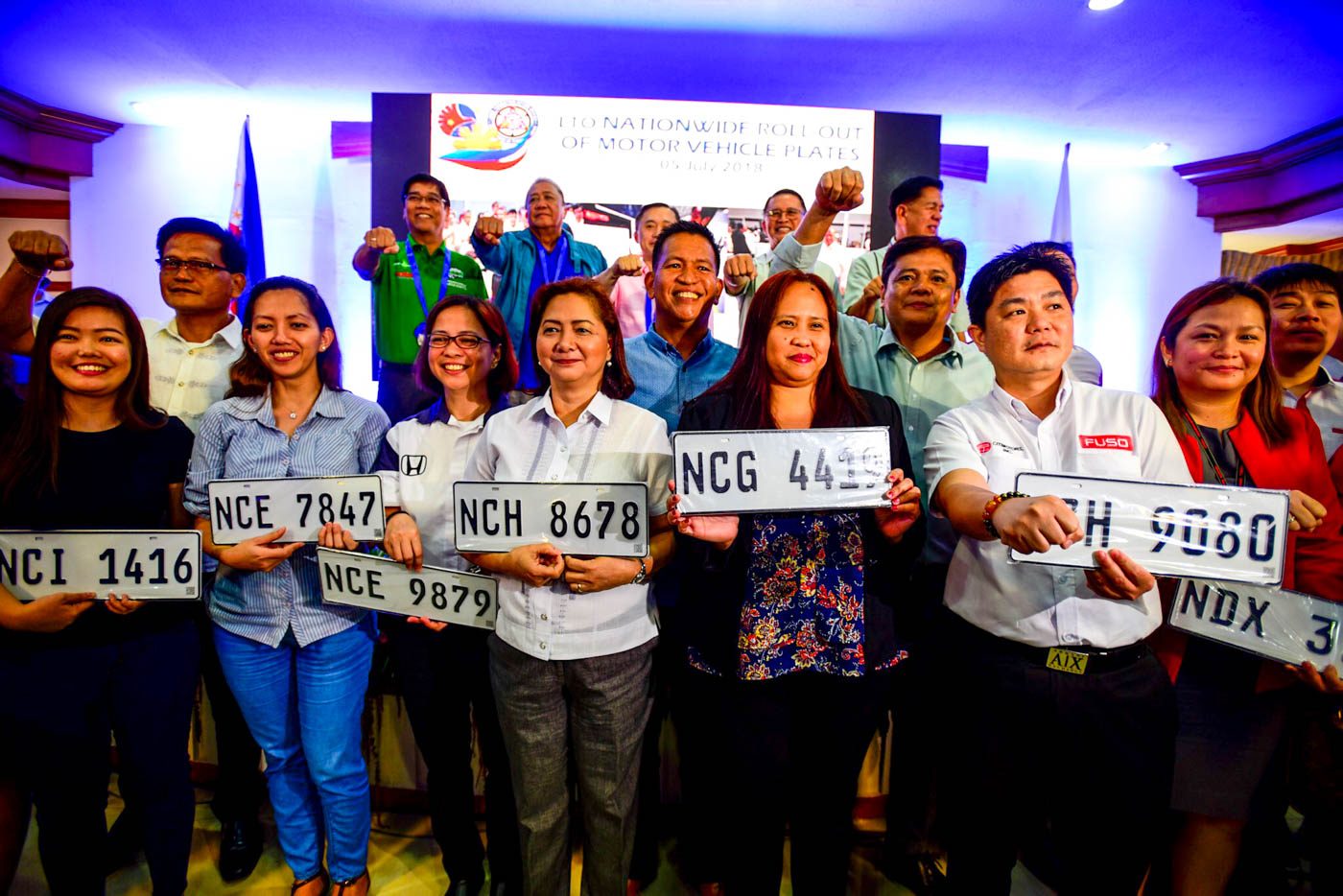 But Transportation Secretary Arthur Tugade clarified that the distribution covers only those who registered their vehicles starting July 2016, and does not cover those during the Aquino administration.

The LTO said the total backlog in license plates, dating back to 2014, has reached 8 million. Since July 2016, or when the Duterte administration began, it’s 3 million.

Out of the 3 million, the LTO’s initial batch for distribution includes 231,332 license plates for vehicles purchased from July 2016 to December 2016.

The backlog had stemmed from a controversial P3.8-billion contract bid out in 2013, whose legality was questioned.

The Commission on Audit (COA) issued a notice of disallowance to the LTO in 2014, which prevented the distribution of around 700,000 license plates then. The Department of Transportation (DOTr) said these license plates will be distributed once COA issues a resolution lifting the notice.

To help address the backlog, Tugade also said on Thursday that the DOTr has a plan for newly purchased cars to come with license plates.

“Gusto namin, ‘pag bumili ka ng bagong sasakyan, paglabas sa kasa meron nang plaka,” he said. (Now, we want that when you buy a new car, when it’s released from the dealership, it should already come with license plates.)

The transportation chief said they are still evaluating which dealers they will work with, to ensure quality service.

(There is a process that will be conducted so that there will be quality accreditation of dealers. The quality of dealers is not the same. The LTO is doing everything to have select car dealers accredited.)

Back in April, the DOTr had announced the purchase of 7 manual embossing machines to address the backlog in license plates. These machines can make 22,000 license plates per day “at full production.”

The DOTr also said then that one automated embossing machine will be delivered in July, and will be operational by August. That machine would be able to produce 12,000 license plates per day. – Rappler.com