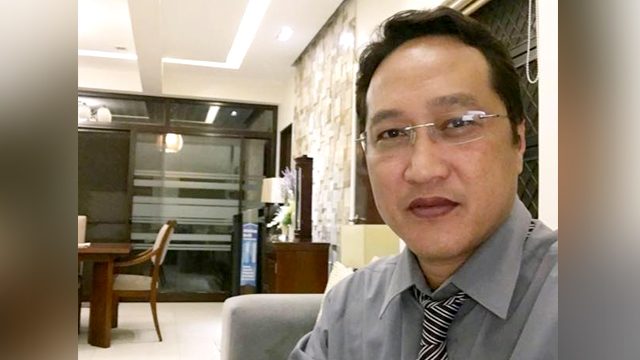 MANILA, Philippines – Police are looking at politics as a possible motive in the murder of Trece Martires Vice Mayor Alexander Lubigan, as he revealed his plan to run for mayor a day before he was gunned down in broad daylight on Saturday, July 7.

Aside from the Philippine National Police (PNP), the Department of the Interior and Local Government (DILG) was also pursuing this angle.

Speaking to reporters in an ambush interview in Camp Crame Monday, July 9, Calabarzon police director Chief Superintendent Edward Carranza said Lubigan had told people from his “inner circle” on Friday, July 6, that he would run for mayor in 2019.

This was seconded by DILG Officer-in-Charge Eduardo Año in a television interview, emphasizing that politics was a “strong motive” in the case.

Carranza said Lubigan has already maxed out his 3 terms as vice mayor and had already set his sights on a higher position.

According to Carranza, they have 3 persons of interest in mind who could probably be behind the killing of Lubigan. He refused to name them, though, as the probe moved forward.

Carranza said incumbent mayor, Melandres de Sagun, has been invited for questioning on “the political climate” of Trece Martires. De Sagun, however, is still unavailable because he is abroad.

De Sagun has also maxed out his 3-term limit in his post. He and Lubigan were running mates under the United Nationalist Alliance party during the 2016 elections. – Rappler.com