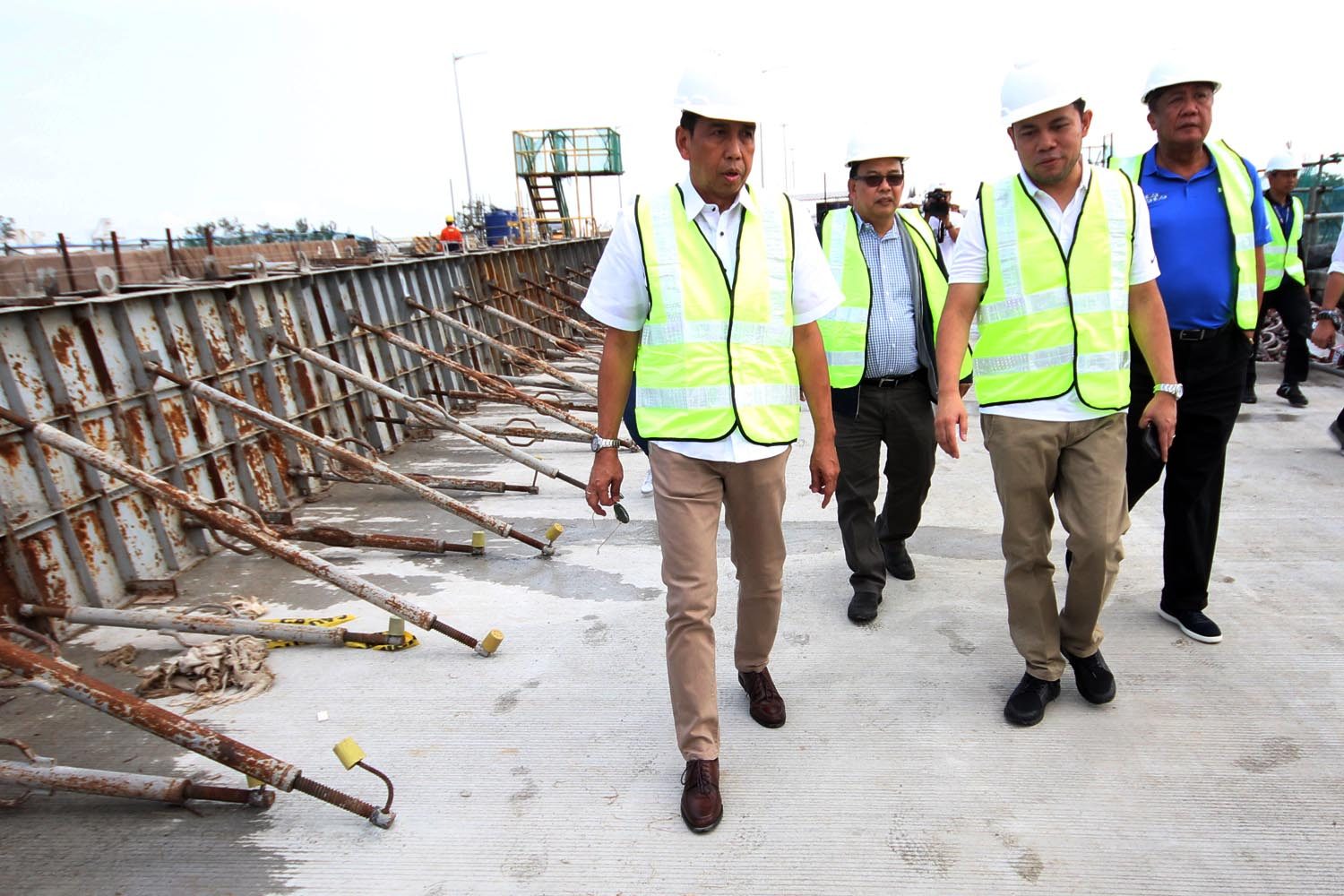 Facebook Twitter Copy URL
Copied
DPWH spends only a 3rd of its budget, and ends up paying banks P27 million as a result of its failure to utilize approved loans

MANILA, Philippines – President Rodrigo Duterte’s administration refers to its “Build, Build, Build” as the “most ambitious infrastructure program in the history of the country,” but it turned out the Department of Public Works and Highways (DPWH) fell way below target and even cost the government millions in bank fees.

The Commission on Audit (COA) report on the DPWH for 2017 revealed that P73.351 billion worth of infrastructure projects were either delayed, suspended, terminated, or unimplemented.

The delay and non-implementation of projects also resulted in a very low utilization of funds for the DPWH, which cost the agency P27.647 million in commitment fees to banks.

“This indicates that management was not able to effectively manage the increasing amount of funds entrusted to the agency due to low physical delivery of target project and activities,” state auditors said.

This is the breakdown of the P73.351 billion worth of projects which were delayed, suspended, terminated, or not implemented.

The projects consist of flood control systems, school buildings, farm-to-market roads, and others.

COA observed that the DPWH did not charge contractors damages in 120 delayed projects worth P6.665 billion.

Factors for the delays and terminations varied from permit issues, to weather issues, to inadequate planning.

“The above issues were also noted in the prior years’ audit reports, however, the audit recommendation to conduct thorough detailed engineering and adequate project monitoring and supervision were not strictly observed, hence the recurrence of delays in project implementation,” COA said.

“Build, Build, Build” was the center of the so-called “Dutertenomics,”  pitched as the multi-trillion-peso plan to transform the Philippines into a high-middle income economy by 2022.

The idea was to create jobs, and bring in trillions of pesos in investments, through the ambitions infrastructure program.

But the audit report shows that delays and non-implementation of projects resulted in a low utilization of billions of funds, causing some of it to be invalidated and returned to the national treasury.

Of that amount, the DPWH obligated P610.933 billion. Obligated means the government has already committed to pay P610.933 billion for the projects. The total unobligated amount of P51.757 billion was reverted back to the treasury.

“It bears emphasizing that the delay or non-implementation of the national road networks, flood control projects and other maintenance and construction services of the agency deprived the intended beneficiaries of the immediate access to safe and reliable road network systems, school buildings, and health facilities and reduced vulnerability to flooding,” said the COA.

The DPWH also ended up paying P27.647 million in commitment fees to banks, “which is disadvantageous to the government,” according to auditors.

Because banks cannot charge interest fees if the borrower has not used the loan yet, commitment fees are charged instead.

DPWH was granted loans for 113 projects related to the following:

The projects were assisted by the Japan International Cooperation Agency (JICA) and the Asian Development Bank (ADB).

“Analysis of the utilization of loan proceeds of the above-listed foreign assisted projects revealed that the commitment fees were incurred due to low disbursement rate of loan proceeds in Calendar Year 2017,” said COA.

State auditors urged DPWH to prepare a catch-up plan to ensure the projects will be implemented on schedule.

COA also flagged the DPWH for P326.31 million worth of school buildings which cannot be used due to various issues. – Rappler.com