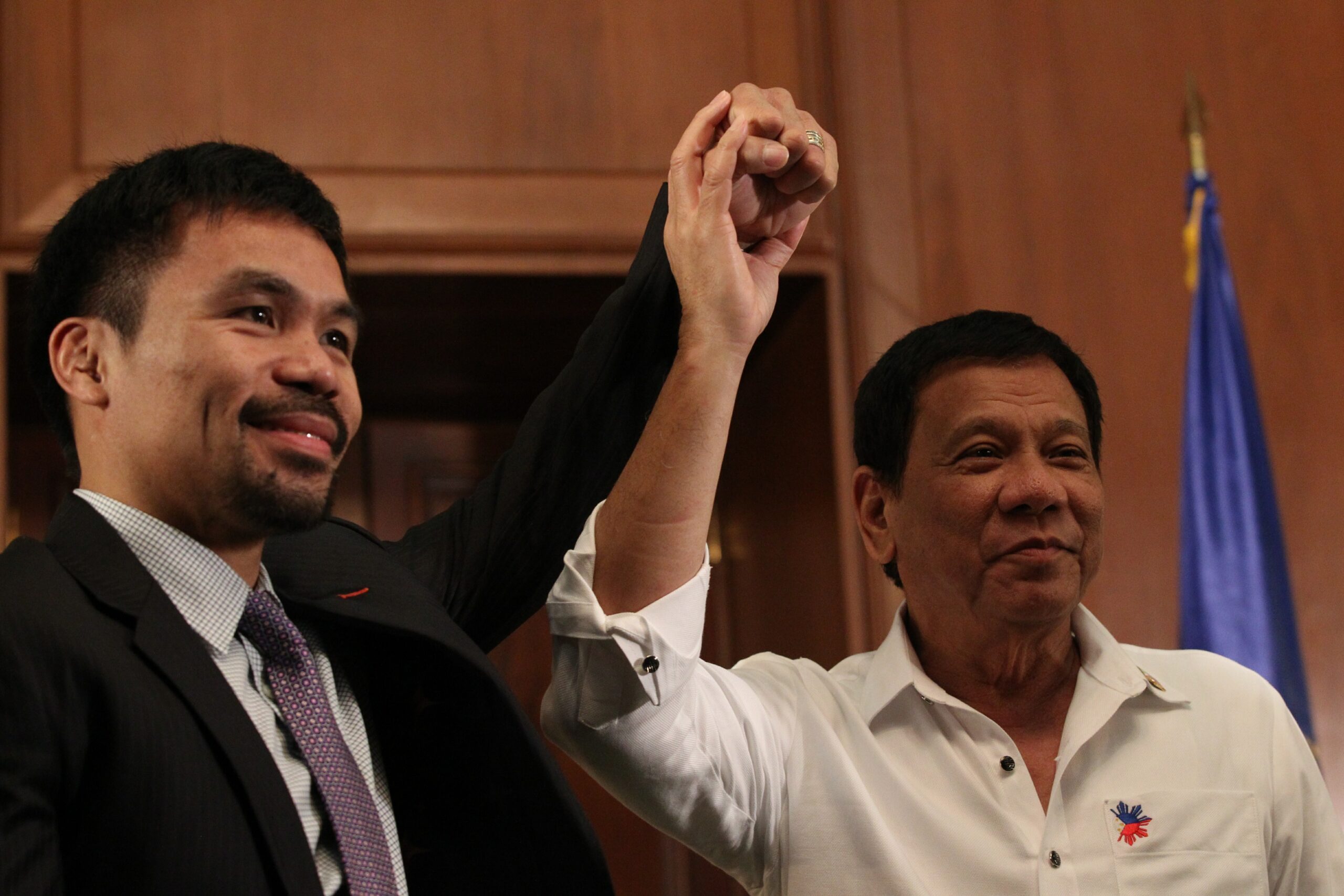 MANILA, Philippines – President Rodrigo Duterte is off to Malaysia this month to mix work with play.

Duterte himself spoke of these plans during the Cabinet meeting on Monday, July 9.

Presidential Spokesman Harry Roque quoted him as saying, “We will be there July 16. After boxing, will talk with Mahathir.”

Before the meeting, Duterte had spoken on the phone with Mahathir, saying the Malaysian leader “wants to talk about insurgency and ISIS.”

A Palace source told Rappler that plans are underway for Duterte to watch the Pacquiao fight on July 15 and then meet with Mahathir on the 16th.

Pacquiao is one of Duterte’s allies in the Senate and a longtime friend. Like the Philippine president, Mahathir, in his return to the post, is the oldest leader of his country upon swearing in.

Like Duterte, the 92-year-old Mahathir is known for his authoritarian but pragmatic style of leadership. He too has been criticized for his flippant attitude to human rights.

Mahathir takes the place of Najib Razak, who was arrested early in July over alleged corruption.

Duterte appeared to get along well enough with Najib when he was prime minister, with the two memorably outsinging each other during a dinner in Malaysia. – Rappler.com