Jul 11, 2018 12:57 PM PHT
Rambo Talabong
Facebook Twitter Copy URL
Copied
All in all there are 13 recorded cases of abuse against women by cops since the start of the anti-illegal drugs campaign, says the Center for Women's Resources 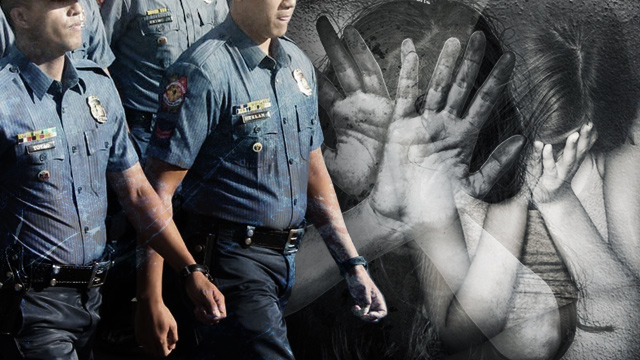 MANILA, Philippines – While statistics provided by the Philippine National Police show a decline in the incidences of rape, the research and training institution Center for Women’s Resources (CWR) found out that a number of cops themselves are the perpetrators of this crime.

The CWR said some 16 policemen have been involved in 8 rape cases since 2017 or since the start of the PNP’s  anti-illegal drugs campaign.

In its release to the media Tuesday evening, July 10, the CWR said it was “contemptible” that police cite “the prevalence of rape as an alibi” to push its anti-illegal drugs war and yet members of PNP themselves are “raping women.”

The CWR said that it has counted a total of 13 abuse cases against women by cops tallied from January 2017 up to July 2018. These are:

“The high number of state-perpetrated violence against women is very alarming. It only reflects how abusive the authorities have become under a regime that sends signal of impunity to its armed forces and blatantly disregards women’s human rights,” said CWR executive director Jojo Guan.

The CWR noted that more than half (7 of 13) of the cases are linked to the government’s anti-illegal drug campaign—either committed during an anti-drug operation or the victim was a female drug suspect.

“It is contemptible that the Philippine National Police (PNP) has cited the prevalence of rape as an alibi to continue the war on drugs, only to find out that police officers themselves are raping women and contribute to the rising number of rape cases in the country,” Guan added.

The numbers are a slap in the face of the PNP as it has been brandishing its campaign against illegal drugs as a solution to rising number of rape cases. In 2017, in fact, rape cases dropped by around 12.4%, following a trend of decrease of the sexual crime since President Rodrigo Duterte assumed office.

To move forward, it turns out, the PNP should also now start looking for suspects from within its force. – Rappler.com