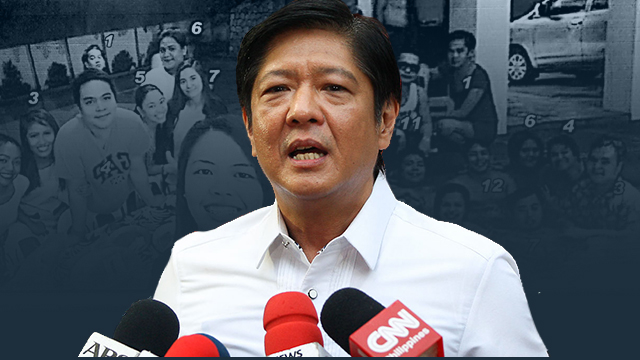 MANILA, Philippines (UPDATED) – The Supreme Court (SC), acting as the Presidential Electoral Tribunal (PET),  denied the motion of former senator Ferdinand “Bongbong” Marcos Jr to investigate the Laguna outing of court staff with one of the revisors of Vice President Leni Robredo.

The PET said it had already probed into the matter even before Marcos filed his motion.

In a notice dated July 10 sent to reporters on Friday, July 13, the PET moved to “deny the motion to investigate as the Tribunal has already commenced and concluded its investigation relative to the subject ‘Pansol outing.’”

The PET decision, however, did not specify the results of the said investigation.

On July 9, Marcos asked the PET to investigate a June 22 swimming party at 3J’s Resort in Pansol, Calamba, Laguna, attended by Robredo’s revisor Osmundo Abuyuan together with 20 PET employees involved in the ongoing ballot recount for the electoral protest Marcos filed against the Vice President.

Marcos had argued the PET staff’s vacation trip with a Robredo revisor is a violation of the Code of Conduct for Court Personnel and the Canon of Judicial Ethics. He believes the swimming party also points to a “conspiracy” between Abuyuan and the PET staff.

In the recount of ballots for an electoral protest, revisors are tasked to determine if ballots are valid, rejected, or stray.

In the VP recount, each revision committee is composed of a PET head revisor and a party revisor each from the Marcos and Robredo camps. The party revisors claim ballots for their respective candidates during the recount.

Robredo’s legal consultant Emil Marañon III said the PET’s ruling was the reason why they filed their counter-manifestation on July 11. (READ: Robredo to SC: CCTV can prove Marcos knew about revisors’ outing)

“This is precisely why we filed the counter-manifestation. We knew that Marcos knew about what the revisors did. Again, this is part of their PR (public relations) stunt to confuse the Filipino public with lies and hide the truth,” he said.

In their counter-manifestation, the Robredo lawyers argued the Marcos camp were supposedly aware of the outing because the PET staff had invited them. None of the Marcos staff members attended, but the Robredo camp said one of the former senators’ revisors sent food for the people going to the outing.

In the same notice, the PET also gave a “stern warning” to Marcos revisor Nestor Borromeo.

Borromeo is revisor the Robredo camp had called out for using a plastic magnifying lens inside the revision site at the 5th floor gymnasium of the SC-Court of Appeals building in Padre Faura, Manila, on June 14.

“[We] note the letter July 6, 2018, of Nestor D. Borremeo, revisor for the protestant, in compliance with the resolution dated June 26, 2018, with a stern warning that a repetition of the same or similar acts shall be dealt with more severely,” the PET said.

The PET had previously told both the Marcos and Robredo camps that only papers may be allowed inside the revision area. Magnifying lens and even writing materials are among the prohibited items.

Meanwhile, the Marcos camp said it was “completely surprised and quite shocked” the PET has already finished an investigation.

“Former Senator Marcos as the protestant has all the right to know and be duly notified by Justice Caguioa as to when the investigation commenced, who conducted it, what was the findings and penalty meted out and for violating what?” said Marcos’ lawyer and spokesperson Vic Rodriguez.

“The fact that we filed the manifestation clearly indicates all of these – the illegal Pansol outing, the purported surreptitious investigation, the highly secretive penalty imposed – happened without our knowledge,” he added. – Rappler.com