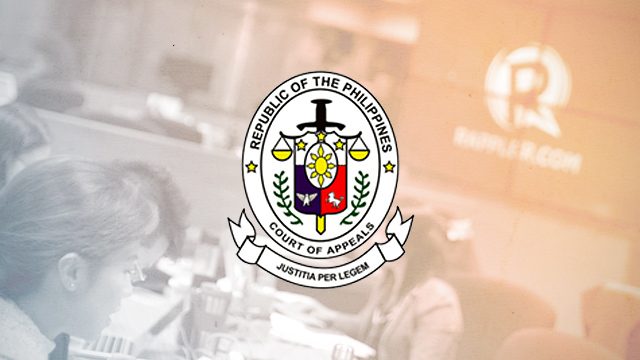 MANILA, Philippines – It’s still business as usual for Rappler after the Court of Appeals (CA) found it was wrong for the Securities and Exchange Commission (SEC) to revoke the company’s certificate of incorporation.

While the CA upheld findings that Omidyar’s Philippine Depositary Receipt (PDR) “is tantamount to some foreign control,” it did not enforce the SEC’s shutdown order via a revocation of license. (READ: Court of Appeals’ full decision on Rappler’s SEC case)

The CA reminded the SEC:

“The SEC, in the past, had pursued a policy that the revocation of the certificate of registration should be the last resort.”

A crucial factor is Omidyar’s move in February 2018 to donate $1.5 million worth of PDRs to 14 of Rappler’s Filipino staff. Much earlier, in December 2017, before the SEC issued its decision, Omidyar submitted a waiver of the disputed provision, and said it was willing to declare the provision null and void.

The SEC disregarded it because only a photocopy of the waiver was submitted to the commission.

Here’s what the CA had to say:

“[Omidyar’s donation] is a new development that was not presented to, and considered by the Special Panel in issuing its Investigation Report, and the SEC En Banc in rendering the assailed decision.

Petitioners argue that the execution of the waiver and the recent donation of all the Omidyar PDR to the Staff of Rappler show the intention of petitioners to comply in good faith with the rules and regulations of the SEC.

The Court finds merit in this contention.”

The CA sided with Rappler’s argument that corporations must be given a corrective period within which it can fix the disputed provision. (READ: Rappler statement on the CA decision)

The CA has now returned the case to the SEC, and said the recent developments may warrant a review of the shutdown order.

“Thus, it is incumbent upon the SEC to evaluate the terms and conditions of said alleged supervening donation and its legal effect, particularly whether the same has the effect of mitigating, if not curing, the violation it found petitioners to have committed. If so, this may warrant a re-examination of the sanction of revocation of petitioners’ Certificates of Incorporation imposed by the SEC en banc in the assailed decision.”

Lim said that while Rappler had hoped for the CA to recognize that it was fully Filipino, “the Court of Appeals recognized one of the key issues in the case: that the SEC failed to give us reasonable time to fix whatever concerns they had about our investors.” (READ: FAQs: Rappler SEC case)

In the petition for review crafted by Lim, Rappler pointed out that the PDRs of network giants GMA and ABS-CBN were similar to the Omidyar PDRs.

Where Rappler commits to having prior good faith discussion with Omidyar before it revises its by-laws in a way that prejudices the rights of Omidyar, ABS-CBN and GMA “agreed not to alter, modify, or otherwise change its articles of incorporation or by-laws or take any other action so as to materially prejudice the rights in relation to the PDRs.”

“The SEC does not dispute that the issuance of PDRs is not illegal per se. As noted by petitioners, other corporations like ABS-CBN, GMA and Globe have issued PDRs in the past and the same were allowed by the SEC. Further, the SEC also reviewed the North Base Media PDR and found nothing illegal or irregular in its terms.”

The disputed Clause 12.2.2 in the Omidyar PDR reads:

“The Issuer undertakes to cause the Company from the date hereof and while the ON PDRs are outstanding: not to, without prior good faith discussions with ON PDR Holders and without the approval of PDR Holders holding at least two-thirds (2/3) of all issued and outstanding PDRs, alter, modify or otherwise change the Company’s Articles of Incorporation or By-laws or take any other action where such alteration, modification, change or action will prejudice the rights in relation to the ON PDRs.”

Rappler said that according to the SEC’s Implementing Rules and Regulations (IRR), control is exercised only by the Board of Directors who shall vote, similar to the definition of control, under the Corporation Code.

Because Omidyar cannot vote, Rappler said it does not grant it control.

However, the CA said that by committing to engage in prior discussion with Omidyar, Rappler had effectively exercised, with the foreign entity, its right to vote.

“In the present case, while the Omidyar PDR states that the right to vote on the Rappler shares is retained by RHC, said right to vote is being shared with or exercised jointly by RHC, as the owner of the shares, and Omidyar, through Clause 12.2.2. Thus, under a zero foreign control standard, it would appear that this is tantamount to some foreign control.”

Rappler argued that the clause is an example of a negative covenant.

A negative covenant is a clause in agreements where parties make a promise not to do a particular thing that will adversely affect their interests.

Rappler said it cannot be punished for something that has not happened yet, and that according to Article 1158 of the Civil Code: “if an act punishable by law has not been performed, then, the corresponding penalty under the law cannot be applied to one accused of violating it.”

But the CA said that Clause 12.2.2 “is more than just a negative covenant.”

“In loan agreements, the usual consideration why negative covenants are put in place is to ensure that the creditors will be paid of the loan. Here, the consideration for the insertion of Clause 12.2.2 effectively allows Omidyar to participate in the corporate actions and decisions of Rappler.”

The CA also recognized that the SEC did not follow its own procedure when it revoked Rappler’s license. However, the CA said that this does not necessarily mean that Rappler’s right to due process was violated.

“Although the Court agrees with petitioners’ contention that the administrative procedure under 2016 SEC Rules was not observed to the letter by the SEC in this case, the same does not, by itself, amount to a violation of procedural due process…. Due process in administrative proceedings cannot be fully equated with due process in its strict judicial sense, for in the former a formal or trial-type hearing is not always necessary, and technical rules of procedure are not strictly applied.”

Finally, the CA advised the SEC to:

“…issue pertinent guidelines or regulators applicable to PDRs and similar instruments to obviate future controversies in complying with the foreign equity restrictions of the Constitution.”

The CA decision came out one year after Duterte’s 2017 State of the Nation Address, when he first publicly accused Rappler of being American-owned.

In a statement, Rappler CEO and executive editor Maria Ressa said that Rappler had hoped for the “best decision, as Rappler is – on paper and in reality – a completely Filipino-owned company.”

She also said, “We are here for the long haul…inspired and re-invigorated by the mission of journalism.” – Rappler.com