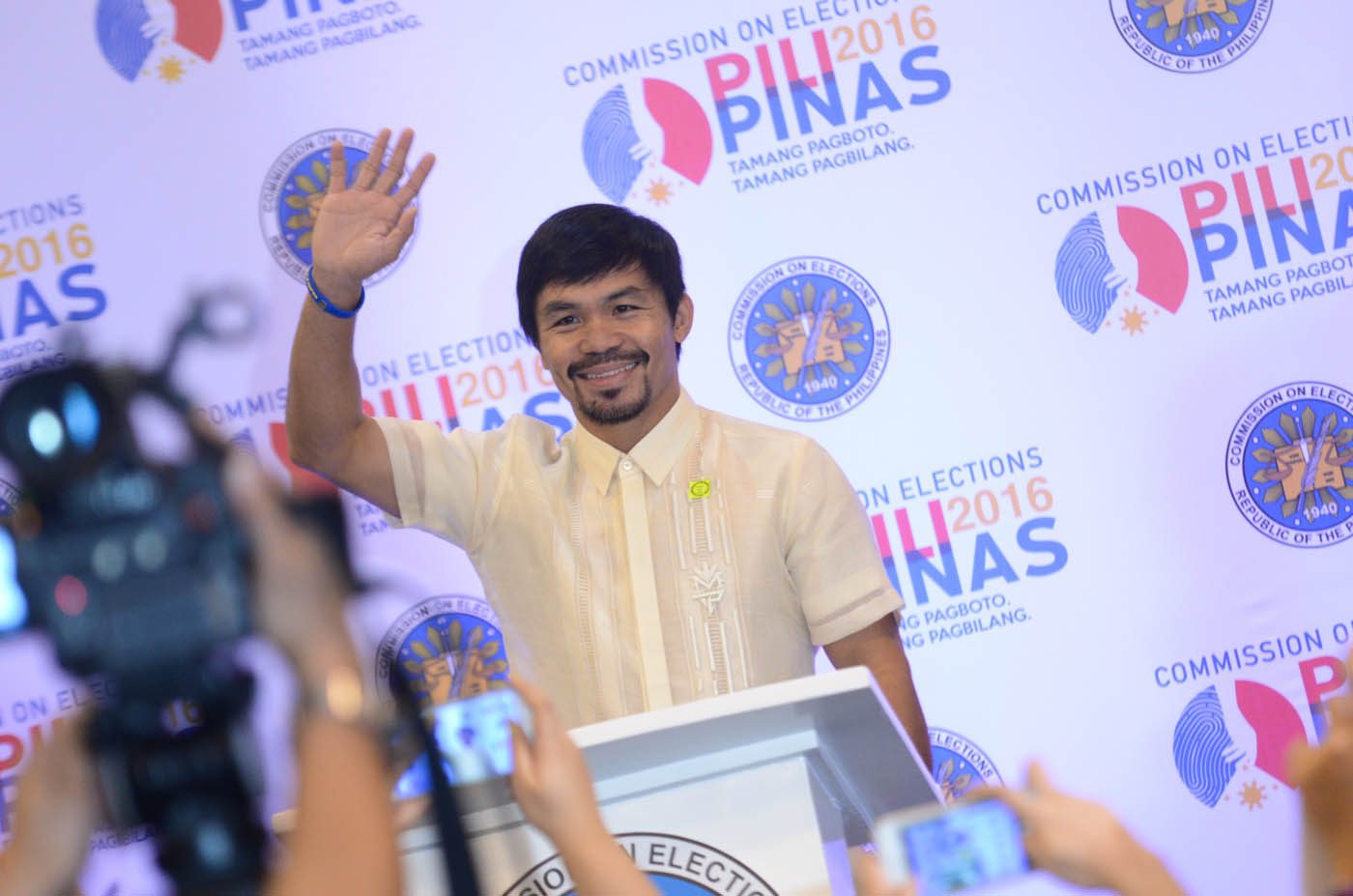 Facebook Twitter Copy URL
Copied
The Court of Tax Appeals finds the case too weak for not following procedures, and for being based only on news articles

MANILA, Philippines – The Court of Tax Appeals (CTA) has lifted the sanction on Senator Manny Pacquiao in a 6-year-old tax case where he was previously required to pay the government P3.3 billion in tax deficiencies.

The CTA First Division ordered the Bureau of Internal Revenue (BIR) to cease and desist from collecting Pacquiao’s supposed tax deficiencies in income and value-added tax that reached P3.3 billion after penalties and surcharge.

The CTA also lifted the warrants of distraint and/or levy and garnishment, and ruled that the surety bond worth P4.9 billion should be dispensed with.

The case will still be tried starting August 20, but the Court had already made strong pronouncements, even going as far as saying there was no sufficient basis for the BIR’s investigation in the first place.

The Court issued this decision to determine whether Pacquiao should pay a surety bond, but the rulings extended to lifting all sanctions.

The CTA said that when the BIR made the findings that there were tax deficiencies in Pacquiao’s income for 2008 and 2009, the BIR included income from 1995 to 2006 without justifying it.

Under tax rules, including prior years in an investigation requires proof of a continuing transaction, which was missing in BIR’s case.

The CTA also said that to launch an investigation in the first place, the BIR should have established a prima facie evidence of fraud. It turned out that BIR’s evidence were news articles, considered inadmissible and hearsay in a court trial.

“This Court therefore finds that respondent (the BIR), in its assessment of petitioners’ tax liability and its efforts of collecting the same, utterly failed to comply with necessary requirements under pertinent laws and issuances,” the CTA said.

The BIR accused Pacquiao of not declaring his dollar winnings from his fights against Juan Manuel Marquez, David Diaz, and Oscar de la Hoya in 2008; and Ricky Hatton and Miguel Cotto in 2009.

Pacquiao appealed the BIR decision to the CTA, and in 2014, the tax court said that the “amount sought to be collected was way beyond the petitioner’s net worth.” According to case records, Pacquiao’s declared net worth for those years “only amounted to P1,185,984,697.”

However the CTA imposed a surety bond worth P4.9 billion. Pacquiao elevated this to the Supreme Court, and in 2016, the SC remanded the case back to CTA to determine if the surety bond is proper and right.

“We find that the bond requirement should be dispensed with in view of the violations and irregularities noted during the investigation and collection of petitioners’ deficiency taxes,” the CTA said. – Rappler.com

Editor’s Note: In an earlier version of this story we reported that the Court of Tax Appeals cleared Senator Manny Pacquiao of his P3-billion tax liability. This has been corrected to say the CTA only lifted the sanctions on Pacquiao, and the trial of this case will commence on August 20. We regret the error.