Aug 5, 2018 11:25 PM PHT
Rappler.com
Facebook Twitter Copy URL
Copied
Filipinos are also less satisfied with the performance of the Duterte administration in fighting terrorism and in eradicating corruption, based on a Social Weather Stations survey 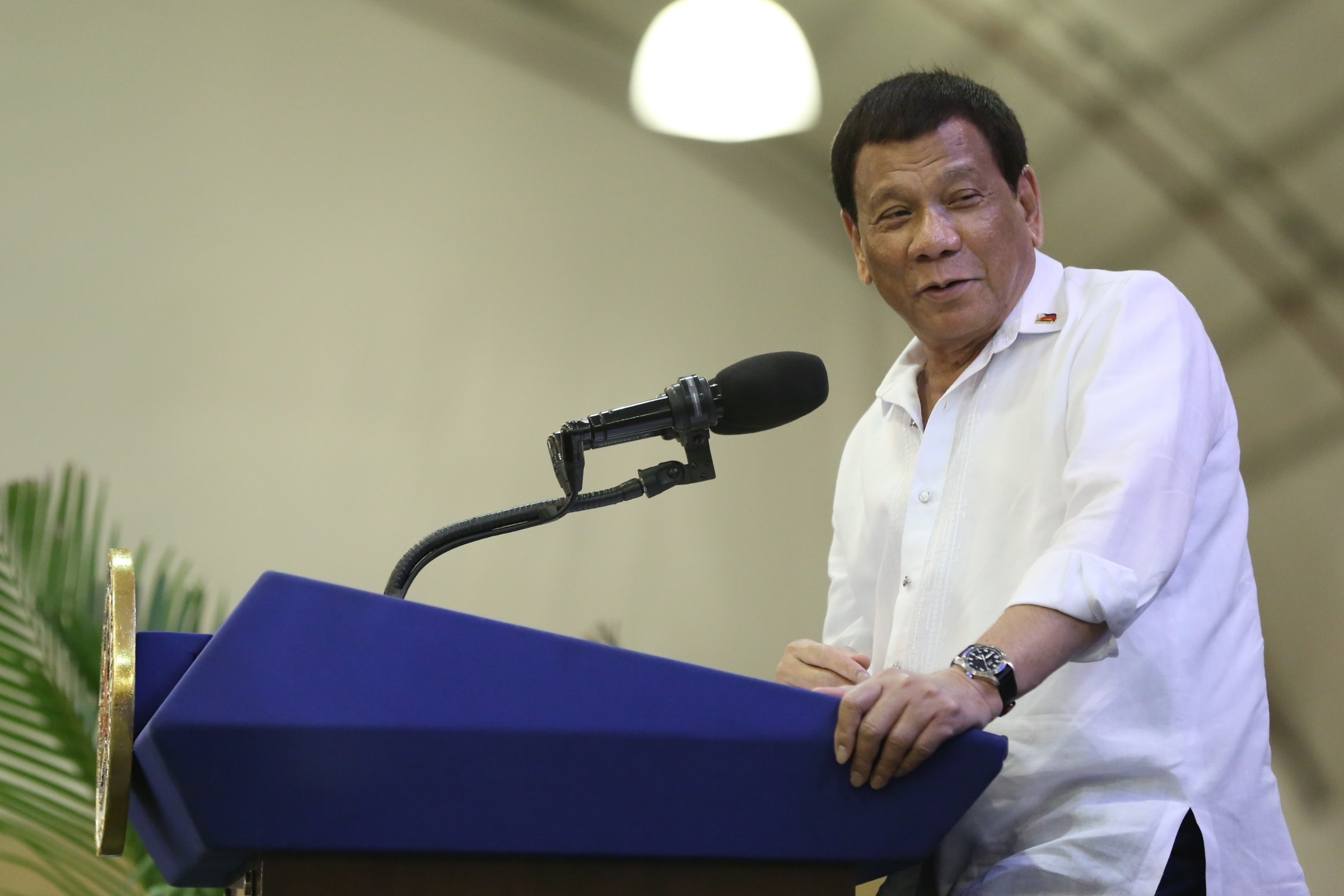 MANILA, Philippines – Filipinos’ satisfaction with the performance of President Rodrigo Duterte’s administration remained “very good” overall during the 2nd quarter of 2018, but it received its lowest ratings on fighting inflation and defending sovereignty in the West Philippine Sea.

This is according to the results of a Social Weather Stations (SWS) survey released on Sunday, August 5.

The survey, conducted from June 27 to 30, showed that the Duterte administration’s net satisfaction rating was unchanged at +58.

But in terms of issues, it got -1 on fighting inflation, a 7-point decrease from March’s already low +6. Inflation had surged to a fresh high of 5.2% in June.

Double-digit declines were also recorded for the following:

On the other hand, the Duterte administration got “very good” ratings on:

Meanwhile, it got “good” ratings on:

It was rated only “moderate” on these two issues, where it saw considerable declines as cited:

The -1 rating on fighting inflation was classified as “neutral.”

Overall, the survey found that 72% of Filipinos are satisfied, while 15% are neither satisfied nor dissatisfied and 13% are dissatisfied with the Duterte administration’s general performance. These figures led to a net rating of +58.

According to SWS, the steady rating was “due to increases in net satisfaction in Mindanao and Balance Luzon, combined with decreases in Metro Manila and Visayas.”

Balance Luzon, meanwhile, registered a 4-point increase, from +50 in March to +54 in June. The administration’s rating in Mindanao was also up by 4 points, from +72 to +76.

High among ABC, down among ‘masa’

The Duterte administration continues to enjoy a high net satisfaction rating across all social classes, especially among class ABC – up by 25 points from +56 in March to +81 in June.

Class E, meanwhile, registered a rating of +62 in June or an 8-point increase from March’s +54.

Class D or the “masa” registered the only decline. The net satisfaction rating of the Duterte administration in this socioeconomic class slid by 2 points from +58 in March to +56 in June.

The SWS uses this classification for ratings:

Conducted among 1,200 adults nationwide, the survey had sampling error margins of ±3% for national percentages, and ±6% each for Metro Manila, Balance Luzon, the Visayas, and Mindanao.

According to SWS, surveys on public satisfaction are “non-commissioned” and “released as a public service.” – Rappler.com