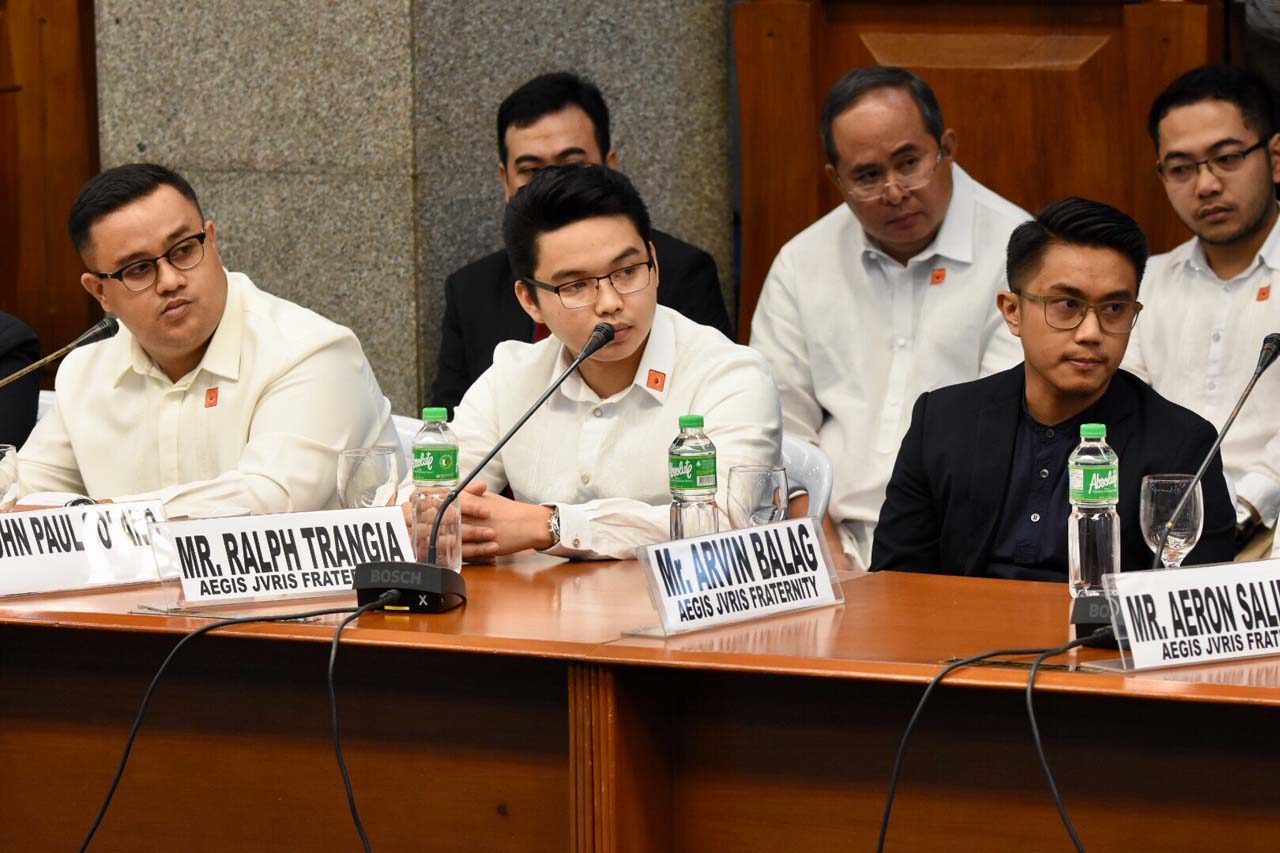 MANILA, Philippines – The Supreme Court has ruled that the Senate has no power to impose the indefinite detention of a person cited in contempt during its inquiries.

In a 21-page en banc decision penned by Associate Justice Alexander Gesmundo, the SC said that the detention period should end upon the termination of the legislative inquiry.

In issuing the decision, the High Court said it has to “strike a balance” between the interest of the Senate and the rights of persons cited in contempt.

The Court said that a legislative inquiry ends upon the approval or rejection of the committee report and/or upon the expiration of one Congress.

The SC set the precedent in its July 3 decision on the case of Aegis Juris fraternity leader Arvin Balag, one of the 11 fraternity members indicted for violation of Republic Act 8049 or the Anti-Hazing Law in connection with the fatal hazing of University of Santo Tomas law student Horacio “Atio” del Castillo III.

Balag filed a petition before the SC on October 25, 2017, after senators ordered him detained in Senate premises for being uncooperative in the probe into the death of Castillo. During the Senate inquiry, Balag repeatedly invoked his right against self-incrimination when asked if he headed the fraternity.

The Court declared as moot and academic Balag’s petition questioning the legality of his Senate detention but noted that the petition “presents a critical and decisive issue” that must be resolved.

“This issue must be threshed out as the Senate’s exercise of its power of contempt without a definite period is capable of repetition,” it said, adding that “the indefinite detention of persons cited in contempt impairs their constitutional right to liberty.”

“Thus, paramount public interest requires the Court to determine such issue to ensure that the constitutional rights of the persons appearing before a legislative inquiry of the Senate are protected,” it said.

The SC said the Court’s ruling in Arnault v Nazareno in 1950 held that the Senate “is a continuing body and which does not cease to exist upon the periodical dissolution of Congress or of the House of Representatives.”

The Court also ruled then that there was no time limit on the Senate’s exercise of the power to cite a person in contempt and acknowledged the possibility that the Senate, being a continuing body, might detain a witness for life.

At the time, the SC refused to limit the period of imprisonment under the Senate’s power of contempt. It said  legislative functions may still be performed during recess by concered committees tasked with performing probes or conducting hearings on any proposed legislation.

In  Balag’s case, the SC found “a genuine necessity”  to limit the Senate’s imposition of a period of imprisonment, citing Section 21, Article VI of the Constitution which requires Congress to respect resource persons appearing in its inquiries.

“While there is a presumption of regularity that the Senate will not gravely abuse its power of contempt, there is still a lingering and unavoidable possibility of indefinite imprisonment of witnesses as long as there is no specific period of detention, which is certainly not contemplated and envisioned by the Constitution,” the SC said.

The SC said if Congress wants  to supplement its power of contempt by extending the period of imprisonment beyond the conduct of its probe,  it can enact a law or amend any existing law. – Rappler.com