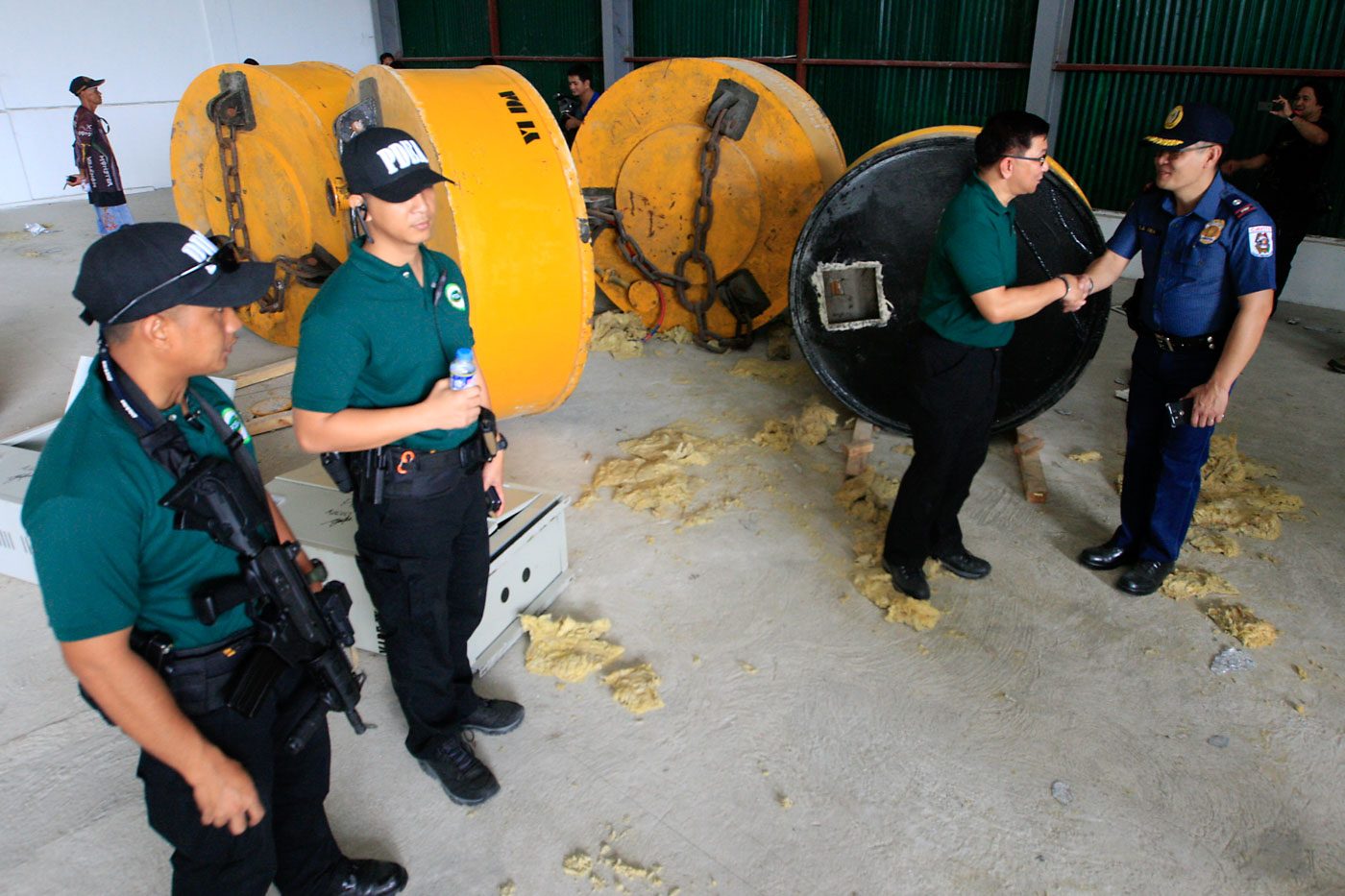 This is the reason, Acop said, the government is now scrambling to look for an estimated 1,000 kilograms of shabu (methamphetamine) allegedly stuffed in magnetic lifters found empty in a warehouse in Cavite.

“That was the crucial mistake. Because information is supposed to be timely. Hindi timely ang information ninyo (your information is not timely), that’s why this happened,” Acop, a retired police general, told top PDEA officials during the House probe into the alleged smuggling.

What late information? The PDEA had information as early as July 16 on a huge shabu shipment entering the Philippines, but it only relayed the information to Customs chief Isidro Lapeña on July 18.

PDEA chief Aaron Aquino earlier said they did not want to give unverified intel, but Acop said the point of information-sharing with other government agencies was to have the raw information validated.

“You did not ask Customs…or even the PNP.  You did not do that, and that’s part of the process of trying to evaluate information,” Acop said in a mix of English and Filipino.

Acop himself is a veteran in handling intelligence information, being a retired general of the Philippine National Police.

Why does this matter? BOC has repeatedly said it could have tracked down the magnetic lifters sooner if it had information that these were “suspect” deliveries.

The questioned lifters was subject to a “non-intrusive examination,” which involved an X-ray scan without opening the package.

“Without any intelligence received that there is anything that is inside these magnetic lifters, it would be impossible for us to determine what the contents inside really are,” Customs spokesman Erastus Austria said in their August 11 briefing on the controversial shipment.

Information still late: Even PDEA’s information on July 16 is late, however. (READ: How P6.8-B ‘shabu’ slipped past PNP, PDEA, Customs)

The magnetic lifters allegedly containing 1,000 kilograms of shabu had been taken out of the Manila International Container Terminal on July 14 or two full days after PDEA got hold of intelligence on a questionable shipment. – Rappler.com