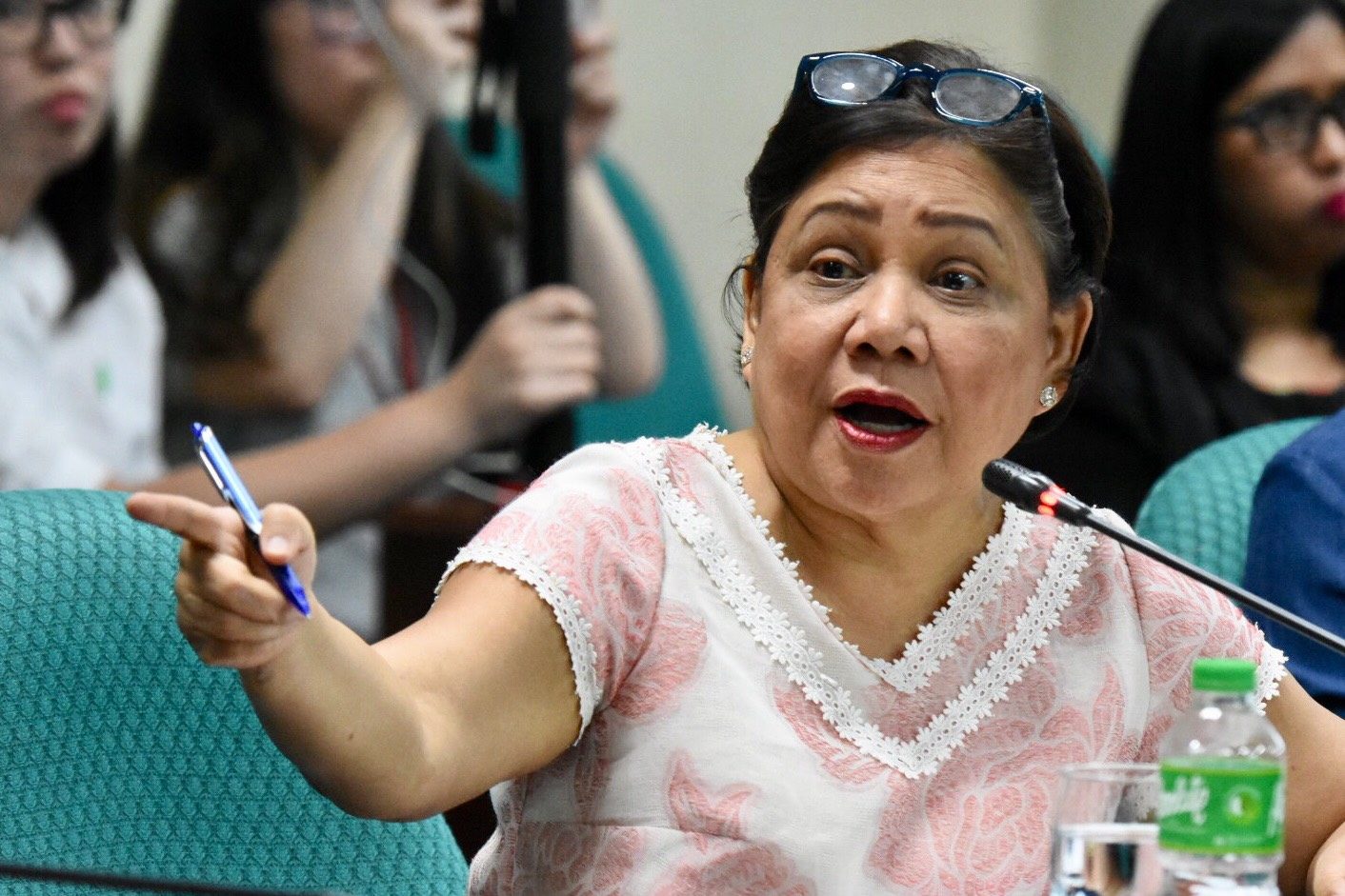 MANILA, Philippines – Senate environment and natural resources committee chair Cynthia Villar lashed out at various government officials over the confusing figures and sluggish pace of the rehabilitation efforts for Boracay.

(If I were president, I would resign. I’d be ashamed to face the people: I closed [Boracay] for 6 months, then after 6 months, only a few have complied?)

Targets: Interior Undersecretary Epimaco Densing III said they aim for at least 30% of Boracay establishments to open on October 26.

Densing said only establishments that are connected to a sewer system or have their own sewage treatment plants would be allowed to operate during the relaunch.

(So you’ve set a very low target, that’s why you’re not in a hurry.)

Environment Undersecretary Ernesto Adobo defended the task force target, saying some of the establishments are not supposed to be there to begin with.

“These establishments were constructed without permits. Why should we allow them to open again?” Adobo said.

Stakeholders also slammed the government for having a very tedious process to connect to the sewage treatment facility. They said they are willing to comply, but government has to support them in their endeavors.

(I think some establishments find the wastewater treatment facility too expensive, that’s why they are hesitant to connect [to it]. I told agencies that they should create a policy, like giving discounts or lowering the fee to encourage [the establishments] to connect.)

Different figures: The DILG’s Densing told the committee that they had inspected 2,384 establishments on the island.

He said 440 were resorts and hotels, and only 71 of them complied with requirements.

Villar got irritated when the DENR’s Adobo mentioned different figures. He said there were 162 resorts and hotels in Boracay, with majority or 141 not having a proper sewage facility.

(You are giving me different reports, so many reports, so I don’t understand, and by the looks of it, nothing will happen. I’m getting tired.)

Villar said the figures have to be consistent and clear for the government and the private sector to coordinate better. – Rappler.com