No more parties on the beach when Boracay reopens 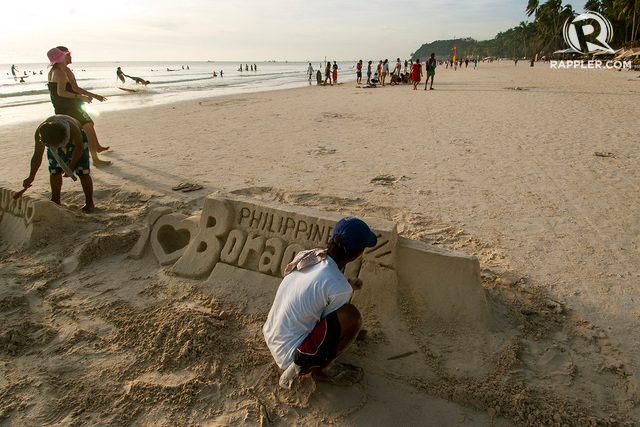 Facebook Twitter Copy URL
Copied
A dry run is also scheduled from October 15 to 25, with local tourists from Aklan to be prioritized

MANILA, Philippines – Some tourists may be able to relax in Boracay earlier than the formal opening on October 26, but parties on the beach would be prohibited.

Environment Secretary Roy Cimatu said on Thursday, August 23, that the inter-agency task force agreed to hold a dry run from October 15 to 25 for local tourists. (LOOK: Boracay to open with war zone-like roads?)

He said local tourists from Aklan will be prioritized for the soft opening.

The dry run will allow the task force to assess what else needs to be done before Boracay is opened to all domestic and foreign tourists.

But beach parties will no longer be enjoyed by tourists during their stay.

“People can still party within establishments, but not on the beach,” Cimatu said.

He added that they are looking into “safer alternatives” for fire dancers.

Cimatu confirmed that the island has indeed exceeded its carrying capacity. As much as 6,500 tourists arrive daily, while some 19,000 stay “at any given day.”

The task force said this has led to “the generation of too much waste and the deterioration of water quality, among others.”

The number of hotel rooms also exceeded the ideal range.

Cimatu said the government will be disclosing more figures in the coming days. – Rappler.com