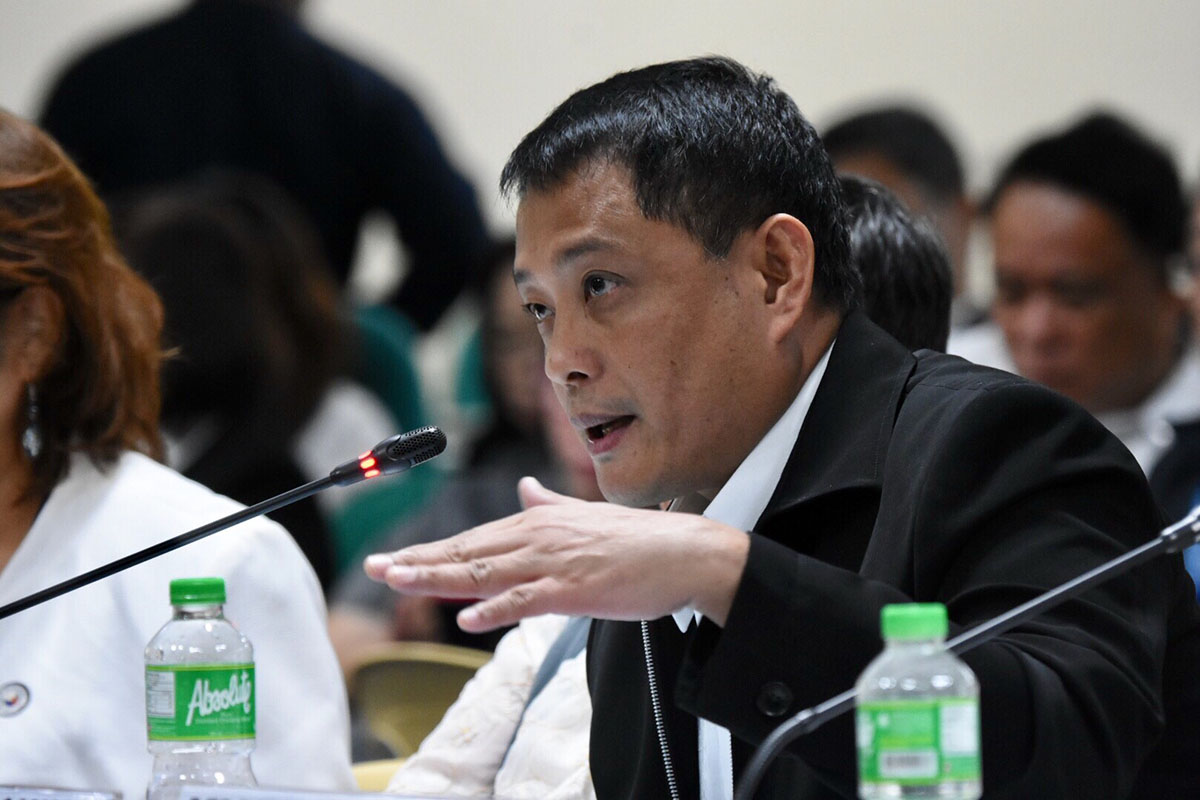 MANILA, Philippines – At least two senators called for the firing and resignation of National Food Authority (NFA) Administrator Jason Aquino over the crisis in Zamboanga City.

Opposition senators Paolo Benigno Aquino IV and Francis Pangilinan, former presidential assistant on food security and agricultural modernization, said the root cause of the problem is the gross mismanagement of the NFA.

Senator Aquino said the rice crisis would not be solved if the NFA chief remains in his post, while Pangilinan slammed the NFA for importing rice with weevils. (READ: [ANALYSIS] Filipinos don’t deserve fumigated nor weevil-infested rice)

(The root cause of the rice crisis is the failure of the NFA. The President should fire the NFA administrator. If the President won’t fire him, Jason Aquino should feel ashamed and just resign from his post so the NFA could function properly, which will lead to the decline of the number of families suffering from hunger.)

“The NFA cited inclement weather as the reason for the infestation. Is it another issue of lack of planning? Or did the imported rice arrive already infested? If the rice arrived in June, what are the reasons for the delay in unloading?” Pangilinan said in a statement.

Pangilinan and Aquino also slammed the government for failing to address the rice supply issue despite the importation of around 500,000 metric tons of rice.

Aquino said the NFA has yet to fulfill its promise that importation would lower the price of commercial rice in the market. Instead, he said, rice prices have increased for the 8th straight month, according to the Philippine Statistics Authority.

Senator Sherwin Gatchalian is pushing for the abolition of the NFA to spare taxpayers from the burden of subsidizing the “inefficient and unproductive” operations of the embattled agency.

(One of the problems I see leading to the lack of supply and high prices is the NFA operations. The agency is not working properly and it is failing to fulfill its responsibility.)

He said the NFA has become “a liability to the government,” citing its continued revenue decline. Citing financial data, Gatchalian said the NFA’s revenue dropped 38% to P17.93 billion in 2017, from P29.3 billion in 2016. The NFA’s losses, on the other hand, swelled to P150 billion.

The Commission on Audit has also called out the NFA for using government owned and controlled corporation (GOCC) subsidy funds to settle outstanding debts, saying the funds were intended “specifically to stabilize the price and supply of rice and corn.” (READ: NFA’s diversion of funds to loans caused rice shortage – COA)

Pangilinan and Aquino filed Senate Resolution No. 868 on Tuesday, August 28, seeking an investigation into the crisis in Zamboanga City, where rice prices have already reached P70 per kilo. The rice crisis there has prompted the city to declare a state of calamity, with retailers even coaxing the public to consider corn as a viable substitute.

The two senators said the NFA “must explain the said shortage, the alleged hoarding, and how the situation in Zamboanga City reached calamity level.”

Aside from Zamboanga City, Isabela City in Basilan was also placed under a state of calamity for 60 days, due to rice scarcity as well. (READ: Piñol wants special rice imports for Zambasulta area)

Back in February, the Senate conducted a probe into the NFA’s role in the rice price hike, after NFA chief Aquino made a public pronouncement that there is a shortage of NFA rice in the country. At the time, several senators already called for Aquino’s resignation, but President Rodrigo Duterte stood by him. (READ: Senators, NFA Council blame Jason Aquino for NFA rice price hike) – Rappler.com