Sep 2, 2018 4:36 PM PHT
Camille Elemia
Facebook Twitter Copy URL
Copied
It is the first time for a Philippine president to visit Israel and Jordan – home to a combined number of 76,000 Filipinos 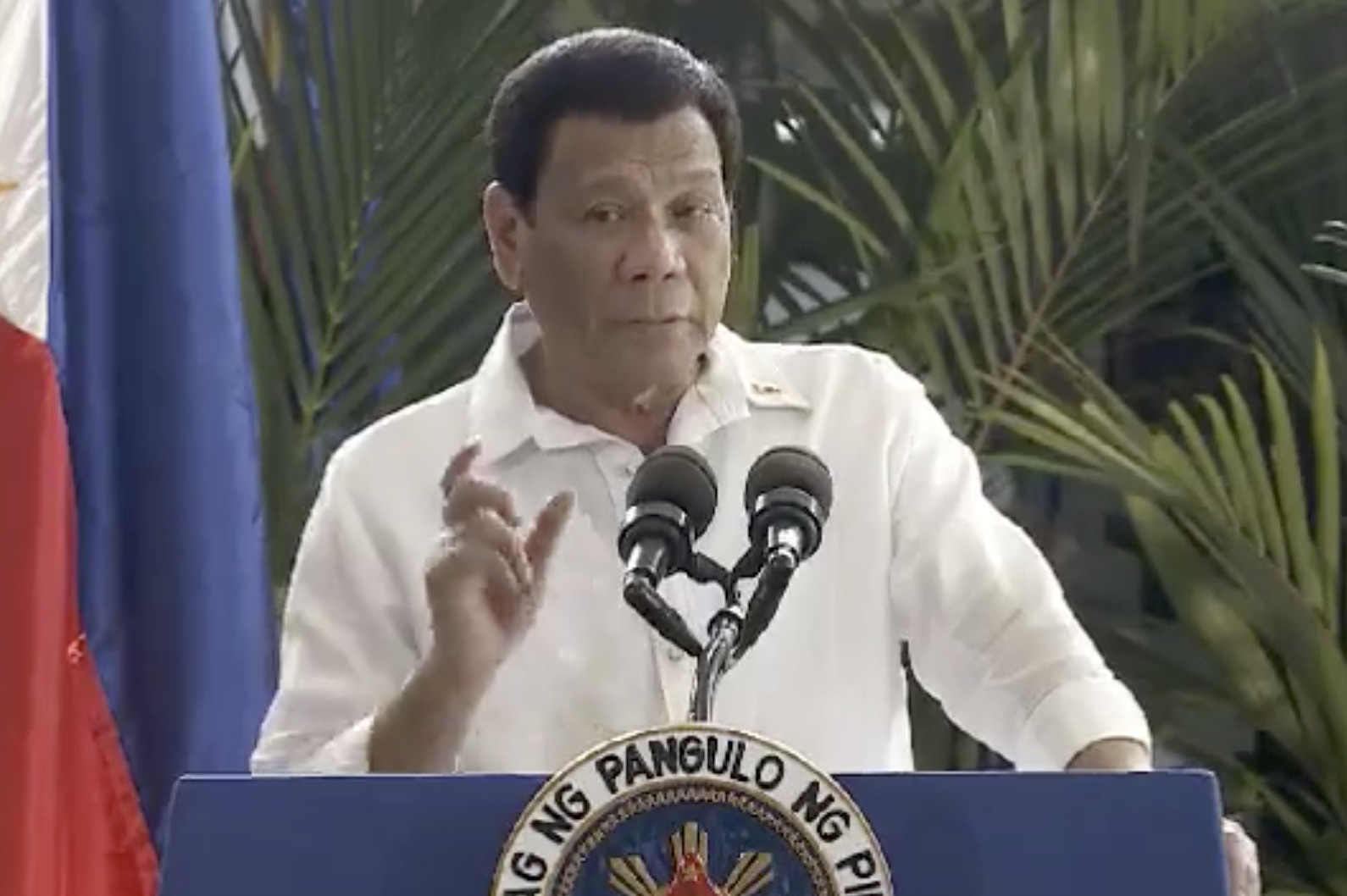 Duterte is the first Philippine president to visit both countries, according to the Department of Foreign Affairs.

In his departure speech, President Duterte said his trips boost the Philippines’ vision of being a “friend to all, an enemy to no one.”

Citing the “volatile situation” in Israel, Duterte said he will ensure that the estimated 28,000 Filipinos there “are fully protected.” Duterte will be in Israel from September 2 to 5.

“My schedule will be full. I shall seek for a robust relationship that looks forward to broader cooperation on A broad range of mutually important areas – defense and security, law enforcement, economic development, trade, investments, and labor,” Duterte said

The good ties between the two countries began when former president Manuel L. Quezon opened the Philippines’ doors to around estimated 1,300 Jewish refugees who were fleeing the Holocaust.

Duterte, however, had offended Jews, sparking outrage around the world. He compared his anti-drug campaign to the Holocaust in a speech in September 2016. He later on apologized to the Jewish community.

After Israel, Duterte would fly to Jordan, home to nearly 48,000 Filipinos, from September 6 to 8. He is set to meet with King Abdullah II.

King Abdullah is a cousin of former United Nations human rights chief Zeid Ra’ad Al Hussein, whom Duterte has insulted on numerous occasions after he suggested that the Philippine leader undergo “psychiatric evaluation” for making threats against UN officials critical of the anti-drug campaign.

More than a hundred Filipinos businessmen would join Duterte, according to the Israeli embassy.

Outside the Cabinet, Senator Richard Gordon and Philippine Coastguard Commandant Elson Hermogino are also part of the official delegation.

Roque said Justice Secretary Menardo Guevarra would be the government’s officer-in-charge while Duterte and Medialdea are away. – Rappler.com