Caguioa stays on: SC warns Marcos for his ‘conspiracy theories’ 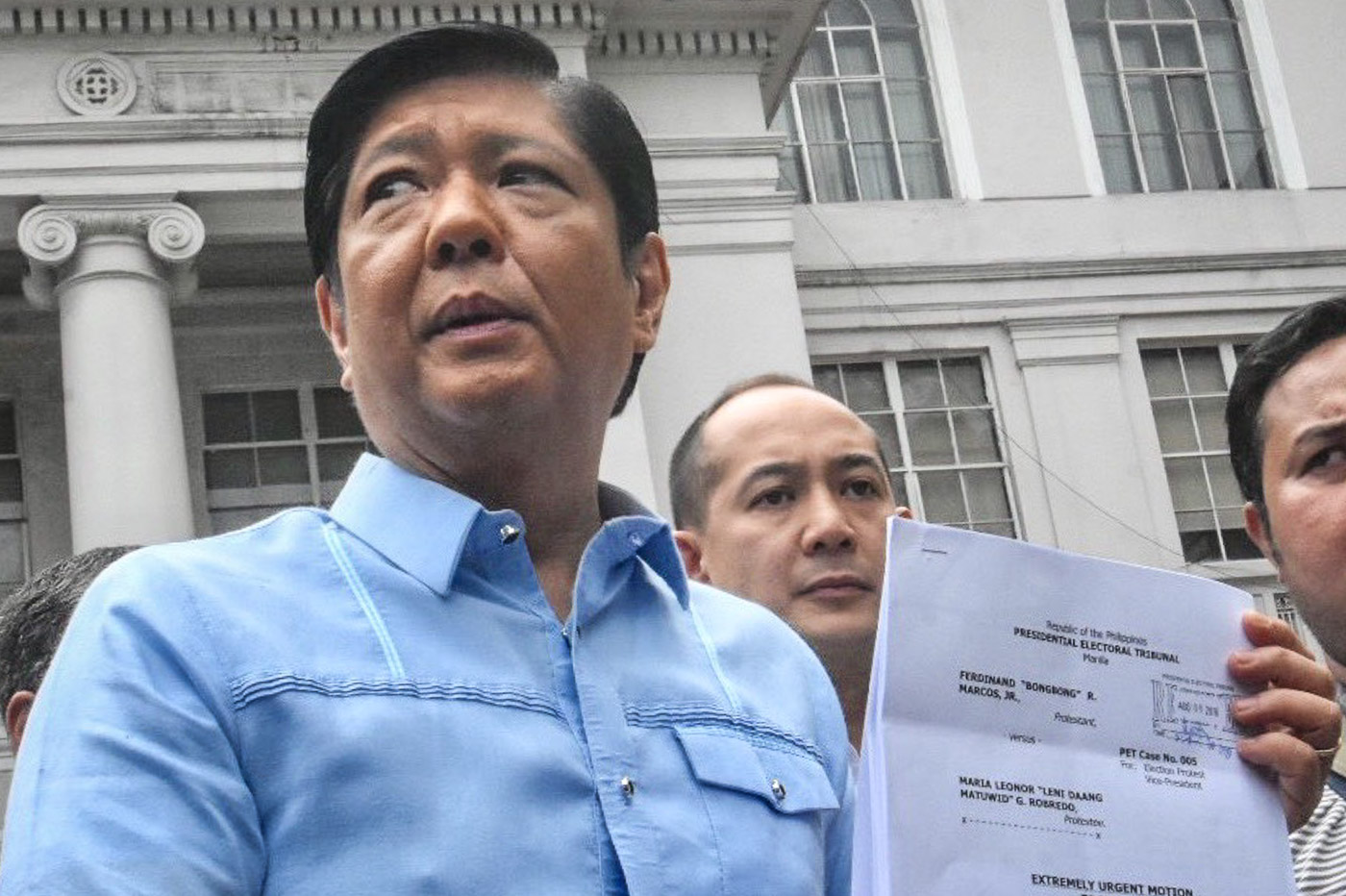 The PET also “sternly warns” Marcos that “any unfounded and inappropriate accusation made in the future will be dealt with more severely.”

The PET promulgated its resolution on August 28. The denial follows an earlier unanimous decision by the en banc to reject Caguioa’s own request to re-raffle the case so that he will no longer be member-in-charge. Caguioa cited social media attacks as his reasons for wanting a re-raffle.

In a strongly-worded, 14-page resolution signed by all 13 incumbent justices, the PET called Marcos’ accusations against Caguioa “conspiracy theories.”

“Protestant’s narration may be good reading as a conspiracy theory and may even be fodder for discourse in social media, but his theories, when used as a ground to request for an inhibition of a Member of this Tribunal, must transcend fiction,” the PET said.

Foremost, the PET cited the case of Maria Lourdes Sereno wherein the en banc also denied the motion for inhibition against justices whose alleged biases were supposedly shown by their appearances in the House hearings against the ousted chief justice.

“Protestant’s empty allegations regarding Justice Caguioa’s fraternal relations with President Aquino are only just that – empty,” the PET said.

The PET also took a jab at Marcos for citing social media posts in his motion. Marcos cited a video and a column that have been shared on social media raising questions about the alleged “conjugal conspiracy” of the Caguioas.

“An opinion piece in a news website and an unauthenticated video on social media websites are not credible and admissible supporting evidence; these are not even worthy of cognizance by the Court,” the resolution reads.

The PET said Marcos’ motion to inhibit is so bereft of factual basis that the document is “relegated” “to a mere scrap of paper.”

As for Caguioa’s wife, the PET said “they are two separate individuals with separate identities.”

“It is simply reckless to assume that a husband would have the same exact political sentiments as his wife, or vice versa. Such arguments are plainly conjectural and cannot stand scrutiny in the court of law,” the PET said.

The PET also didn’t like Marcos’ insinuations that Caguioa intervened in the raffling of the case, so he would end up as member-in-charge.

“This, too, borders on contumacious,” the PET said.

The PET stands by Caguioa as an impartial member-in-charge. Contrary to Marcos’ accusations that there have been unjustified delays, the PET said the case has proceeded “with utmost dispatch.”

The PET explained that it took them almost a year to begin the actual revision because the Court had to complete the renovation of its gym to properly accommodate the needs of the proceedings.

“Weighed against protestant’s imagined misgivings, the foregoing shows that Justice Caguioa’s conduct of the matters involved in this protest has been nothing but impartial,” the PET said.

The PET is set to resolve an important contention in the poll protest: which threshold will apply in counting the shaded circles in the ballots? Will it be 50% as Marcos wants, or 25% as Robredo wants?

The PET had earlier affirmed the 50% threshold, but Robredo appealed. – Rappler.com