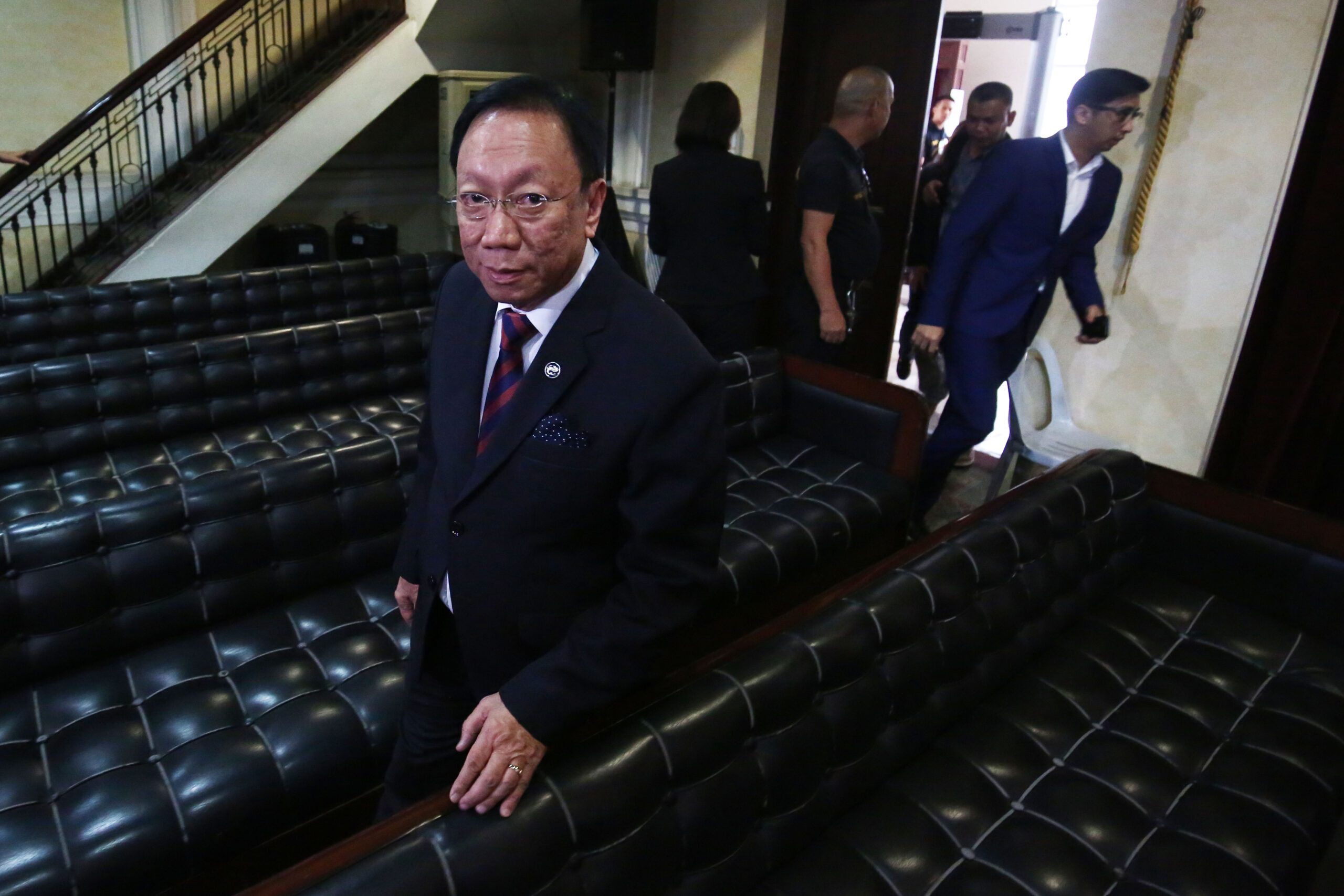 MANILA, Philippines – At first, he claimed that he could not disclose the involvement of his office in the review of the revoked amnesty of Senator Antonio Trillanes IV because of “privileged communication.”

But it turns out, indeed Solicitor General Jose Calida himself asked for confirmation that Trillanes’ amnesty application papers were missing. And this development was one of the grounds for the withdrawal of Trillanes’ amnesty.

How it was confirmed: Calida’s involvement was confirmed to reporters by Armed Forces of the Philippines (AFP) spokesperson Colonel Edgard Arevalo in a Camp Aguinaldo press briefing on Tuesday, September 4.

A reporter asked Arevalo: “What triggered that response from J1 (AFP’s personnel division)? Who inquired and who requested?”

Without mincing words, Arevalo replied: “The Solicitor General did.”

Department of National Defense spokesman Arsenio Andolong also said he could not give more details because he was not “privy” to the request. (READ: Without amnesty, Trillanes’ retirement voided too)

Who did Calida speak to? According to Arevalo and Andolong, only the chief of J1, Lieutenant General Salvador Melchor Mison Jr could disclose details pertaining to the coordination with Calida.

Calida the mastermind? The AFP’s announcement backs the earlier allegation of Trillanes, who said Calida was behind the revocation of his amnesty.

To recall, after leading the Oakwood mutiny in 2003 and the Manila Peninsula siege in 2007, the opposition senator was granted amnesty by then president Benigno Aquino III in  2011.

The DND and AFP earlier admitted in a press briefing that they have yet to exhaust all their efforts to retrieve Trillanes’ amnesty papers, after media reports resurfaced showing Trillanes applying for amnesty right inside Camp Aguinaldo. – Rappler.com