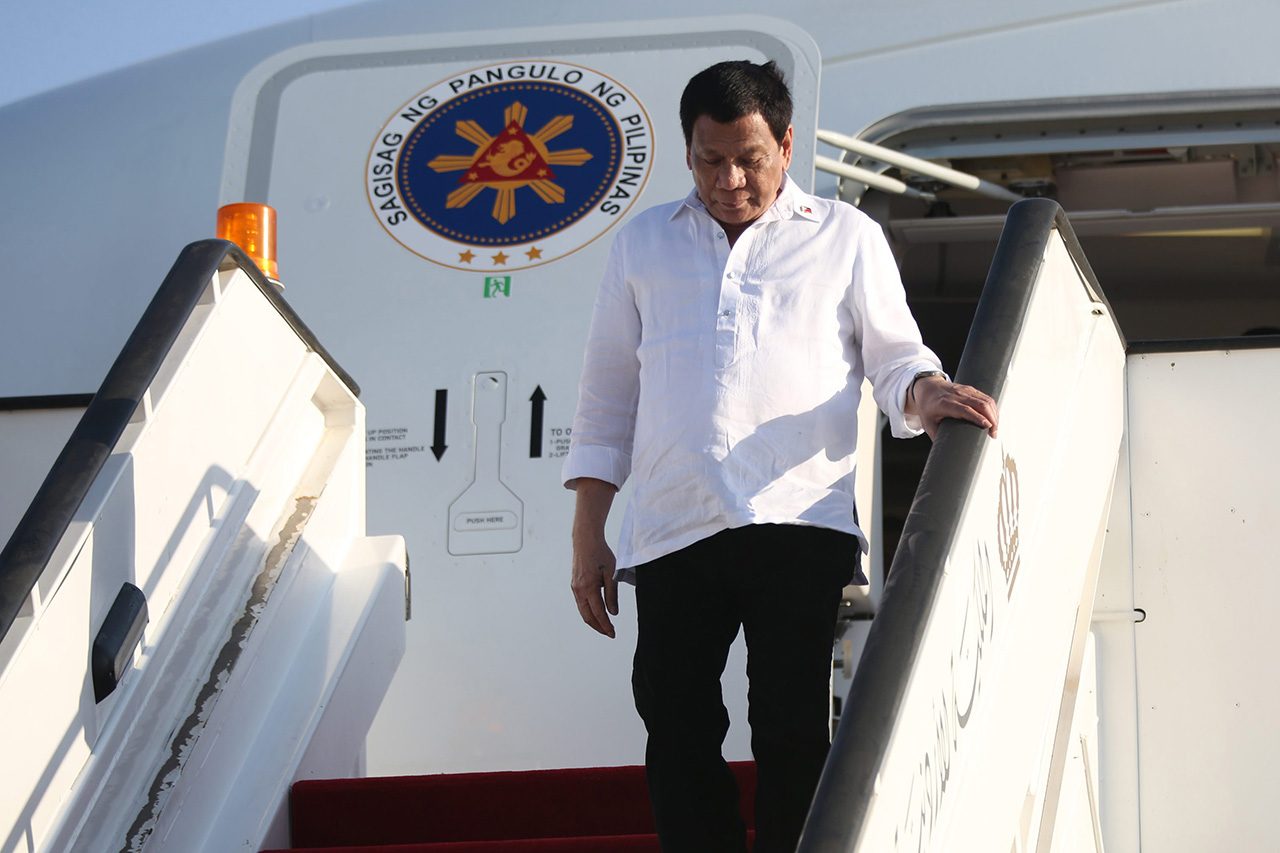 Duterte was supposed to depart Amman, Jordan on Saturday afternoon, September 8 (Jordan time) and arrive in Davao City on Sunday morning, September 9. He will now be arriving home on Saturday morning.

Asked why the change of plans, Roque said Duterte “did all his appointments earlier.”

Duterte has only one scheduled event on Friday, September 7, a gathering of Filipinos based in Jordan, and no other events on Saturday.

Thus, there was no reason for the President not to leave on Friday, after giving his speech in front of the Filipino community. Duterte may leave Amman on Friday afternoon or evening.

Duterte’s early trip home comes as the government seeks to arrest Senator Antonio Trillanes IV after the President’s voiding of his amnesty through Proclamation No 572. Trillanes, one of Duterte’s most relentless critics, is challenging the legality of the presidential order.

Malacañang has insisted that there was “nothing political” about Duterte’s proclamation. – Rappler.com