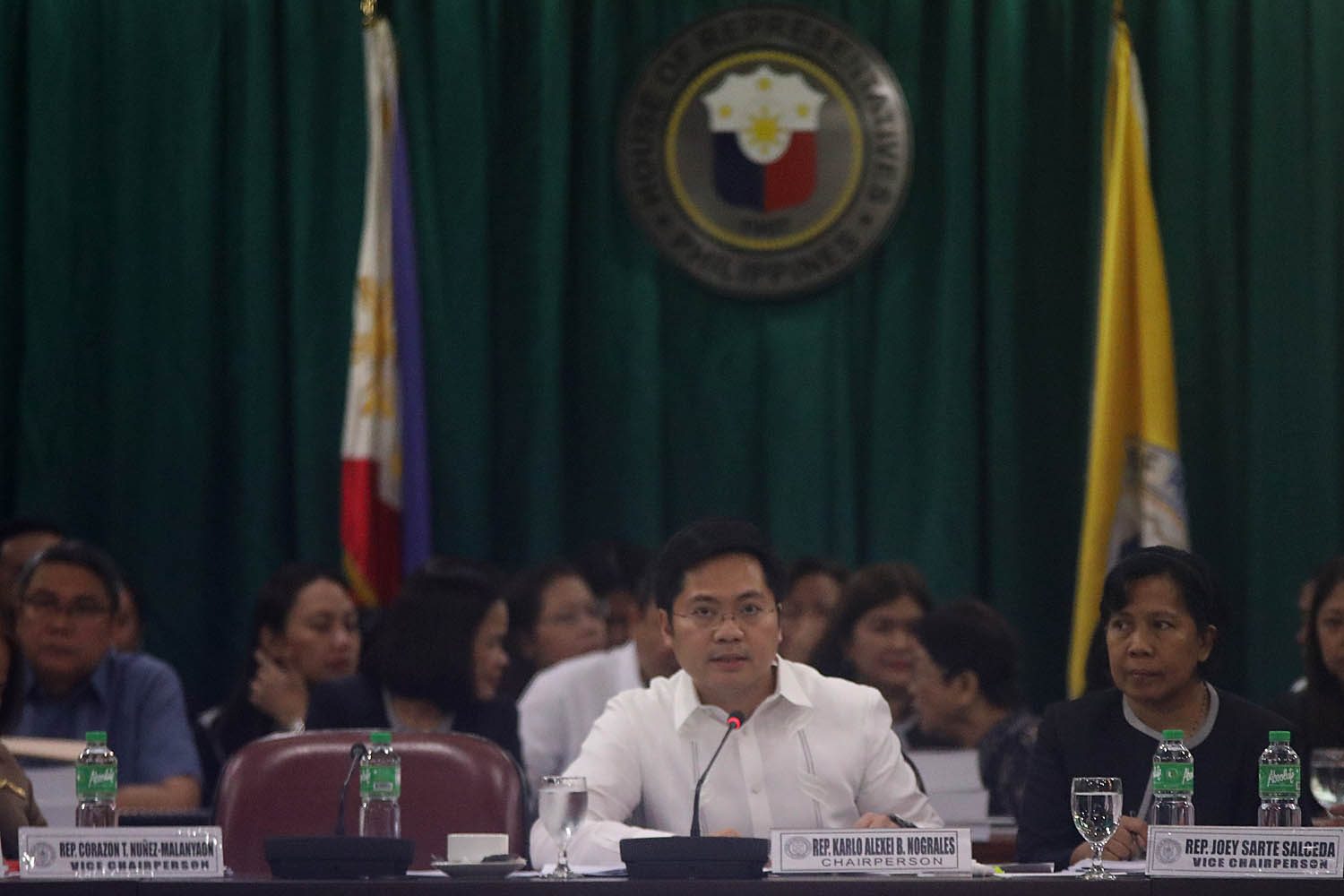 MANILA, Philippines – He may not have sponsored the proposed 2019 budget at the House plenary, but committee on appropriations chairperson Karlo Nograles still praised the realignment of P51.792 billion from the budget of the Department of Public Works and Highways (DPWH).

Nograles said on Wednesday, September 19, that the decision of the committee of the whole to realign the funds was the right call because other sectors whose allocations were reduced under the cash-based budgeting system were able to benefit.

(The committee report of the committee of the whole is better, because we can see that the reductions went to restore the budget cuts in the DepEd for school buildings, the DOH for its Health Facilities Enhancement Program, and state universities and colleges.)

The House leadership convened the committee of the whole on Tuesday, September 18, to realign DPWH funds originally earmarked for infrastructure projects in certain regions to other projects of the DPWH and other state agencies instead. (READ: Senators vow to scrutinize House’s P51-B realignment in 2019 budget)

But by convening the committee of the whole, the House leadership effectively overruled the original committee report approved by Nograles’ panel.

This came after Speaker Gloria Macapagal Arroyo and Majority Leader Rolando Andaya discovered around P50 billion “misplaced” in the 2019 budget.

Nograles said the House leadership had wanted his panel to approve a second committee report, but Andaya denied this.

This budget impasse delayed the scheduled plenary deliberations for the 2019 budget by two days.

On Wednesday, committee on appropriations vice chairperson Maria Carmen Zamora finally sponsored House Bill No. 8169 or the general appropriations bill on the 2019 budget for 2nd reading approval at the plenary.

Sponsorship of the proposed national budget, however, is usually done by the appropriations panel chairperson.

Nograles once again denied accusations that the realigned amount is a form of the now-unconstitutional Priority Development Assistance Fund or pork barrel. (READ: Makabayan on ‘pork barrel’: Lawmakers fighting over people’s money)

He said it is “impossible” for such an insertion to be done when the National Expenditure Program (NEP), which the Department of Budget and Management (DBM) submitted to Congress – came from the executive branch.

He said the line items in the NEP were a result of various agencies’ consultations with regional development councils.

Like Nograles, both Budget Secretary Benjamin Diokno and ousted speaker Pantaleon Alvarez, under whose term the 2019 budget was prepared, denied the budget is riddled with hidden pork barrel funds. – Rappler.com