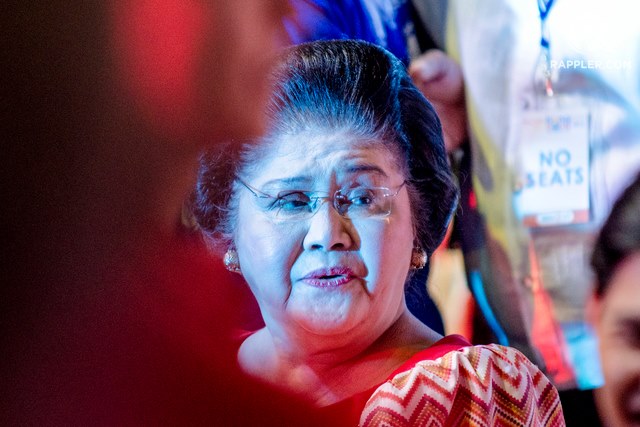 The High Court’s decision dated June 27, but released only recently, slammed the prosecution, tagging as a “fool’s strategy” its move to ground their petition more on technicalities rather than the factual issues of the case.

Associate Justice Marvic Leonen, who sounded like he was scolding the prosecution, said in the decision he wrote: “Apathetic prosecution allows impunity…The prosecution could have done better in this case. Sadly it failed.”

The petition that the SC denied was filed by the late Solicitor General Frank Chavez. Leonen said the prosecution’s strategy “will only contribute to increasing the dockets of this Court.”

What is the case? Marcos was acquitted of 32 counts of dollar-salting in 2008 by the Manila Regional Trial Court (RTC)) under Judge Silvino Pampilo Jr. Dollar-salting is the criminal act of stashing foreign currency money abroad without the authority of the Central Bank.

After the Marcoses fled the country in 1986, the government of former president Corazon Aquino found documents in Malacañang that revealed a number of Swiss bank accounts where dollar purchases were deposited.

But to hold the Marcoses criminally accountable, the Presidential Commission on Good Government (PCGG) filed 32 counts of violation of the Central Bank Act using the documents as evidence.

However, Judge Pampilo acquitted Mrs Marcos because the prosecution presented as witnesses only PCGG and Office of the Solicitor General (OSG) officials to authenticate the documents.

This, Pampilo said, makes their testimonies hearsay because they are neither the source of documents nor do they have personal knowledge.

Pampilo said prosecutors could have presented Cosandey and other personalities like Marcos’ middlemen in Switzerland, their trustees, or even the one who signed the certification of authentication of business records.

What did the SC say? Chavez earlier wanted Pampilo to inhibit citing bias because the judge did not grant the former’s numerous requests for reschedules. Pampilo orally denied in open court Chavez’s motion for inhibition.

But in February 2008, the CA denied the petition for certiorari entirely, saying evidence is insufficient to say Pampilo was biased. The next month, in March 2008, Pampilo acquitted Mrs Marcos.

So Chavez again went to the CA and appealed, saying that Pampilo’s March 2008 acquittal is null and void because there was an injunction from 2007. The CA also threw out that petition of Chavez, saying that when it denied the petition for certiorari in February 2008, the injunction was also dissolved.

That’s when Chavez went to the Supreme Court to raise the same technical arguments.

“Essentially, petitioner takes issue with how the Court of Appeals interpreted the acts of Judge Pampilo and found no manifest partiality, which are clearly not questions of law. He did not even attempt to frame the issues as questions of law,” said the SC, in a Third Division ruling penned by Leonen with concurrences from Associate Justices Presbitero Velasco Jr, Lucas Bersamin, Francis Jardeleza and Samuel Martires.

Leonen said that the SC “in exceptional cases may delve into questions of fact, but these exceptions must be alleged, substantiated and proved by the parties before this Court.”

“Petitioner having failed to establish the basis for this Court to evaluate and review the facts in this case, the petition may be dismissed on this ground,” said Leonen.

Leonen said that Chavez’s argument on the alleged persisting injunction was “misleading.” Leonen also said there was no “clear and convincing evidence” that Pampilo was biased.

Leonen said the strict scheduling was aligned with the Court’s rules on speedy disposition of cases.

Chavez said he should have been allowed to testify, but that the schedule prohibited him to. Chavez said his testimony would have convicted Mrs Marcos.

In a barrage of scolding, Leonen said: “Prosecutors for the government should always remember that their work does not end with public announcements relating to the filing of informations against those who have committed nefarious raids on our public coffers.”

The justice added: “Prosecutors should avoid the soundbite that will land them the headlines in all forms of media. Instead, they should do their work and attain justice and reparations for our people wronged by selfish conniving politicians who do not deserve their public offices.”

Graft cases against Mrs Marcos related to the Swiss accounts are pending at the anti-graft court Sandiganbayan, but are set to be finished soon. – Rappler.com