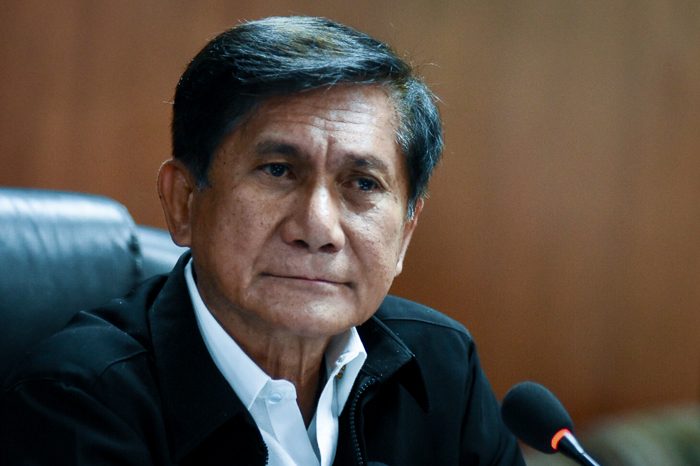 The Department of Environment and Natural Resources (DENR) said in a press statement that Cimatu announced this in a news briefing in Naga City, Cebu, where a landslide near a quarry site killed at least 29 people.

Quarry operations in Ilocos, Central Luzon, Calabarzon, Bicol, Central Visayas, Northern Mindanao, Davao, and Caraga regions will be suspended “until such time that the review and assessment of quarry operations are completed,” said Cimatu.

Cimatu added that this will include “surrounding communities as far as their safety from the impact of the quarry operations and geohazards is concerned.”

The company had said in an interview on ANC on Thursday, September 20, that it had not yet begun its quarrying operations in the landslide area.

Cimatu created a team from the Mines and Geosciences Bureau (MGB) and the Environmental Management Bureau (EMB) to investigate the Naga landslide, specifically “why [it] happened, how it happened, and what we should do.”

The DENR said the team will also look into the accountability of 4 officials of the MGB regional office in Cebu, whom Cimatu had relieved, in relation to the landslide: Director Loreto Alburo, Chief Administrative and Finance Officer Jerry Mahusay, chief geologist Al Emil Berador, and supervising geologist Dennis Aleta. – Rappler.com