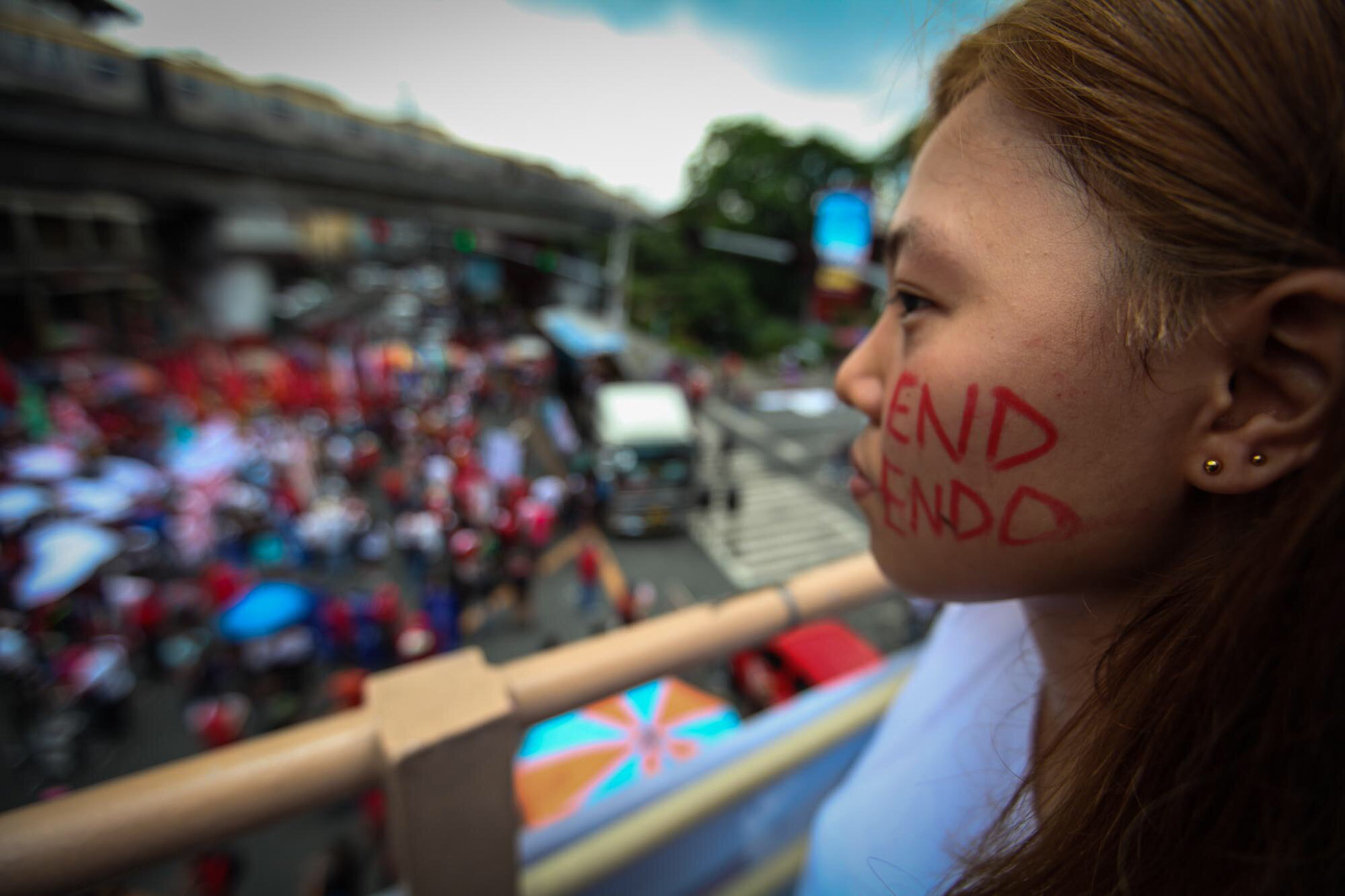 Duterte certified Senate Bill No. 1826 as urgent in a letter to Senate President Vicente Sotto III on Friday, September 21. Malacañang released to reporters a copy of this letter on Tuesday. (See his letter below)

Duterte said he certified this as urgent “in order to strengthen workers’ security of tenure by prohibiting the prevalent practices of contractualization and labor-only contracting which continue to immerse our workers in a quagmire of poverty and underemployment.”

“I hereby certify to the necessity of the immediate enactment of Senate Bill No. 1826…in order to strengthen workers’ security of tenure by prohibiting the prevalent practices of contractualization and labor-only contracting which continue to immerse our workers in a quagmire of poverty and underemployment,” Duterte said.

The Security of Tenure bill seeks to ban hiring workers for fixed-term arrangements or the end of contract (endo) scheme.

The House of Representatives approved on 3rd reading its version of the bill in January. 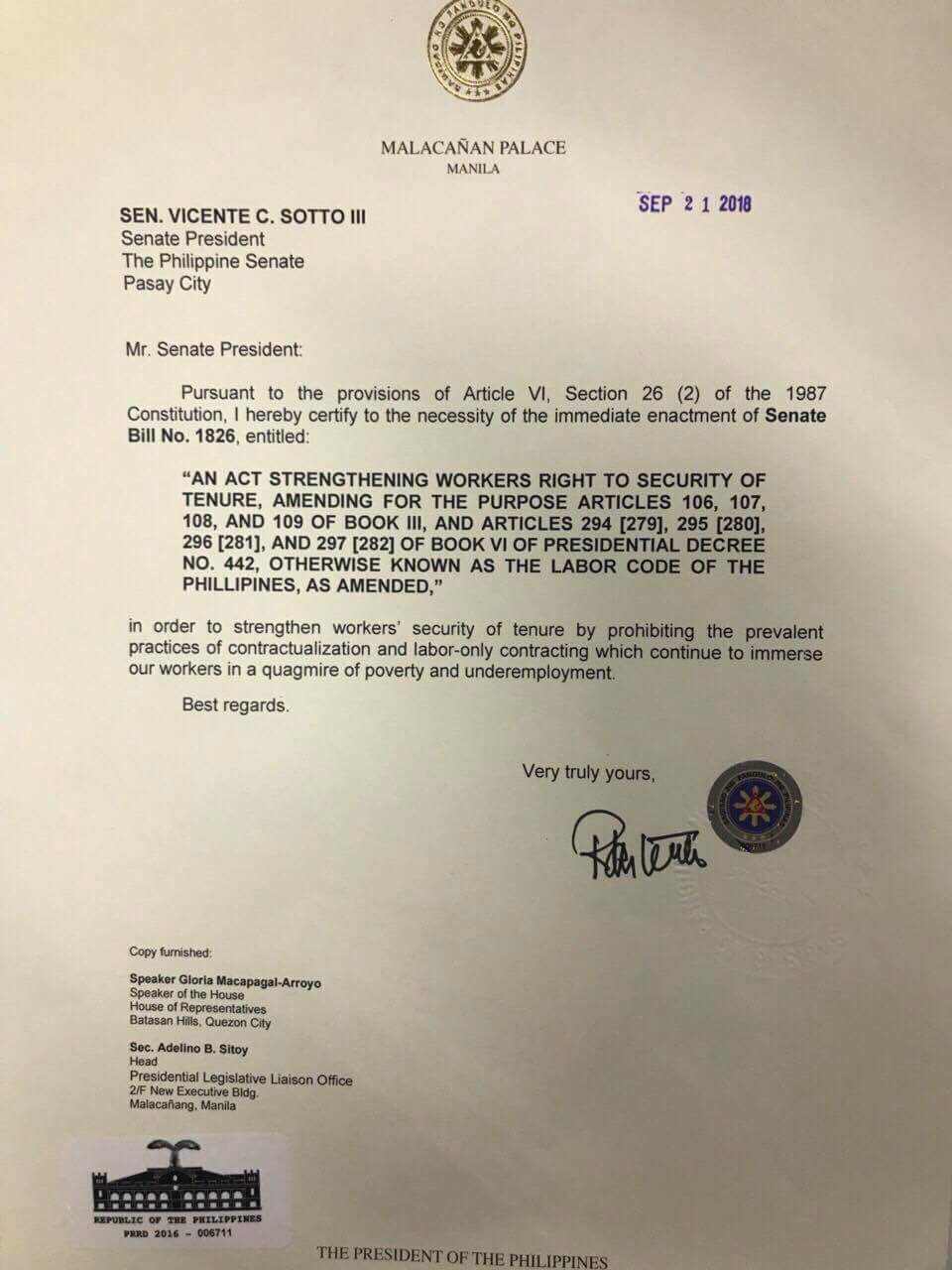 Labor groups saw the certification as the President way of “staying true” to his promise to end contractualization.

“We are near the goal…We must see this through and ensure that the proposed measure shall address the weaknesses of existing laws on security of tenure,” Sonny Matula said, Nagkaisa Labor coalition chairperson.

“The moment the bill is enacted into law, there is now a chance for contractual workers to be included in the country’s growing economic growth,” said Gerard Seno, Associated Labor Unions-Trade Union Congress of the Philippines vice president.

Senator Joel Villanueva, chairperson of the Senate committee on labor, said in a statement Tuesday that the immediate enactment of the bill would lead to better productivity at workplaces.

“Giving our workers certainty and social protection makes them more efficient and more productive. We certainly need a law that will not only uphold our workers’ basic labor rights and restore dignity of work, but also a law that will promote quality employment without jeopardizing business operations but rather create more stable jobs for every Filipino,” Villanueva said.

“Contractualization is modern-day slavery couched in management language as labor flexibilization,” said Akbayan Representative Tom Villarin, principal author of the House version of the bill that was already passed in the lower chamber.

Prior to this, Duterte signed an executive order on contractualization, a much-slammed move by labor groups for “having no effect.”

The order did not include the provision that labor groups wanted – a stipulation that prohibits all forms of contracting and makes direct hiring the only legal arrangment. (READ: TIMELINE: Duterte’s promise to abolish endo)

In his 3rd State of the Nation Address, Duterte acknowledged the limitations of his new executive order and called on Congress to amend the outdated labor code. – Rappler.com