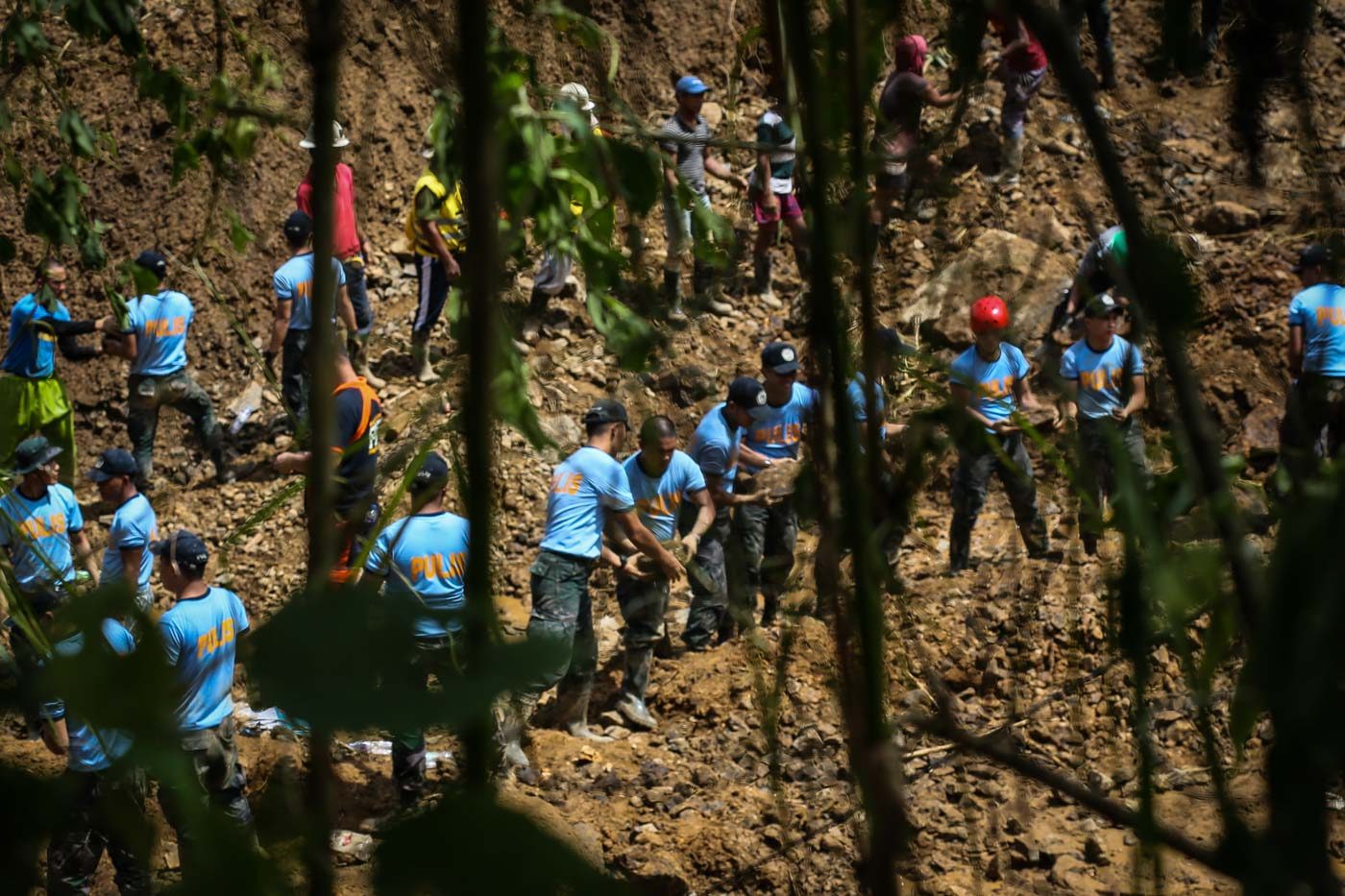 Facebook Twitter Copy URL
Copied
A total of 94 people are confirmed dead in Itogon, Benguet, many of them from the massive landslide in Barangay Ucab

All of the missing were accounted for on Sunday, after the retrieval of two more unidentified bodies at Portal 07 in Barangay Ucab.

A total of 94 people have now been confirmed dead in the municipality of Itogon, after Typhoon Ompong (Mangkhut) triggered deadly landslides. The fatalities came from 6 barangays:

In the entire province of Benguet, the number of fatalities has reached 100. There are still 6 missing in the barangays of Loacan and Virac.

There are also still 2 missing in Barangay Guisad Surong in Baguio City.

In the whole Cordillera Administrative Region, there are now 120 dead. Aside from the 100 fatalities in Benguet, 13 died in Baguio City; 6 in Bontoc, Mountain Province; and 1 in Pasil, Kalinga. – Rappler.com