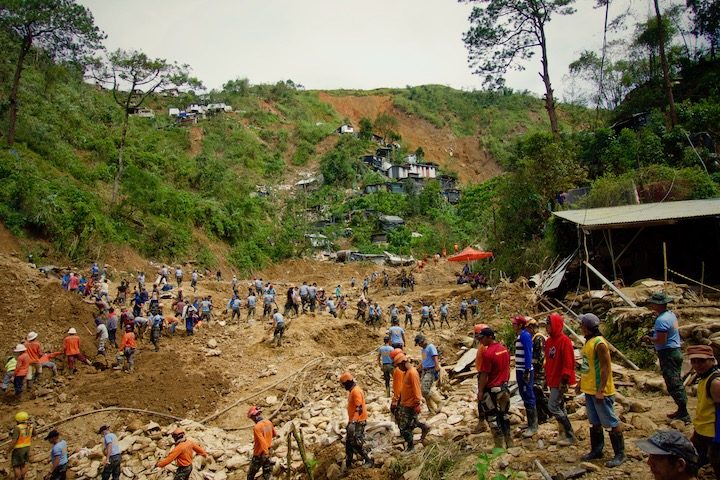 MANILA, Philippines – The House of Representatives approved on Monday, October 1, the bill creating the Department of Disaster Resilience (DRR).

Under the bill, DDR would primarily be responsible for overseeing and coordinating the preparation, implementation, monitoring, and evaluation of disaster and climate change resilience plans and programs.

President Rodrigo Duterte had asked Congress to pass a bill creating the DDR.

He said the proposed department, which would have more powers than the current National Disaster Risk Reduction and Management Council, would help the country respond faster to natural and man-made calamities.

The House approved the DRR about two weeks after Typhoon Ompong (Mangkhut) devastated parts of Luzon, killing at least 95 people and affecting at least 1.4 million residents.

The typhoon also triggered deadly landslides in the Cordillera Administrative Region, taking the lives of 120 people. A total of 94 people have been recorded dead in Itogon, Benguet because of the landslide there. (READ: Itogon tragedy: Disaster response gone wrong)

What happens to existing disaster-related agencies and bureaus? Under the bill, the “applicable” powers, functions, and funds of the following agencies would be transferred to the DDR:

The BFP, however, would remain a “distinct entity” within the proposed department, including BFP employees and officials’ uniformed personnel status and benefits.

Meanwhile, the Philippine Atmospheric, Geophysical, and Astronomical Services Administration as well as the Philippine Institute of Volcanology and Seismology would become attached agencies to the proposed department.

Separation pay and other benefits would be given to officials and employees who would be affected by the transfer of agencies and bureaus.

Why oppose the DRR bill? Gabriela Women’s Party Representative Arlenes Brosas, however, strongly opposed the bill for the “extraordinary powers” it would give the new DRR secretary.

“We are concerned of the extraordinary powers given to the secretary of the proposed department to call up government arms and the reserved forces, powers duly constituted only to the President as the commander-in-chief. May first-hand experience po tayo at natatanggap na mga ulat sa kung paano ang action ng ating armed personnel sa areas of conflict (We have first-hand experience and we receive reports on how our armed personnel act in areas of conflict),” said Brosas.

She said there is no need for the DRR because other government agencies and local government units can already fulfill its duties.

Leye 1st District Representative Yedda Romualdez, however, said it is “high time” that the DRR is created.

“The DDR will effectively improve the institutional capacity of the government for disaster risk reduction and management, reduce the vulnerabilities surrounding the affected local population as well as build the resilience of local communities to calamities,” said Romualdez. – Rappler.com