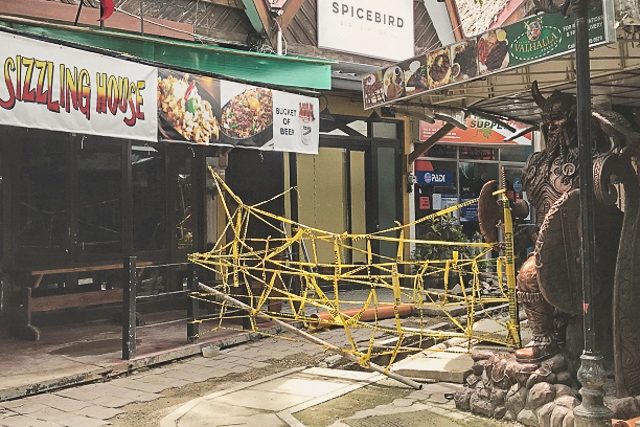 AKLAN, Philppines – Beach vendors affected by the ongoing rehabilitation of Boracay Island are far from happy.

The plan to declare the beach front  off-limits to local vendors and massage workers will take a toll on the livelihood of more than 300 MABOVEN members.

(Vendors will be barred from selling at the beach front. We want to know where will the government transfer us. We need to know so we could prepare.)

Beach tables, chairs, beds and other furniture like beach umbrellas will also not allowed in the beaches at all times, according to the plan for reopening of the premier tourist spot. (READ: No more parties on the beach when Boracay reopens)

The new plans are part of the efforts of Boracay Inter-Agency Task Force to rehabilitate the island and to make the beaches more attractive to tourists and beachgoers.

Cuesta stressed “they are left with no choice, but, to seek the help of local government officials on possible relocation far from the crowded beach front where they could also sell souvenir items and wares.”

The impending relocation, she added, threatens the livelihood of vendors, massage therapists and paraw owners and hundreds of families whose income solely depend on Boracay tourism.

(This is all that’s left for us. This is our livelihood. It was an extremely difficult time for poor people like us to be in this critical condition for almost five months. We do not have any other source of income. We know you will not let us down.)

(Many will be affected by the plan, including vendors, and paraw and boating associations.) – Rappler.com