Robredo: Critics ‘too desperate’ to remove me 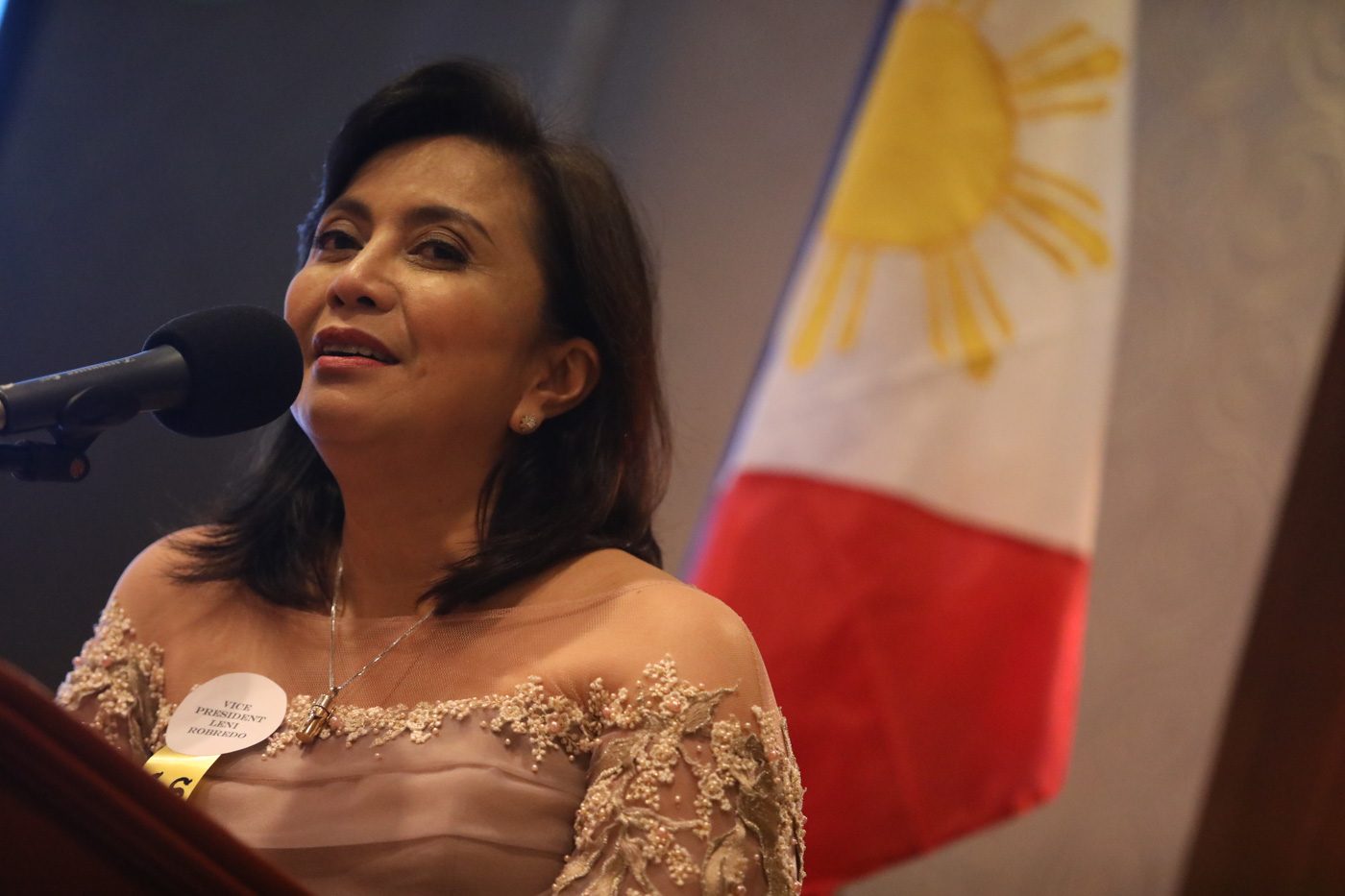 MANILA, Philippines – Vice President Leni Robredo said the draft constitution in the House which removed her in the line of succession during a transition to federalism only showed how “desperate” her critics were to kick her out.

On Wednesday, October 10, Robredo reacted to the provision in Resolution of Both Houses (RBH) No. 15 that proposed to skip the Vice President and instead make the Senate President as next in line should President Rodrigo Duterte be unable to perform his duties during the shift to federalism. (READ: House aims to pass draft federal charter by early 2019)

(First, I think they are being too desperate. Everyone is already thinking of ways how to remove me. There’s a case in the Supreme Court. Maybe they know it won’t prosper. They’re doing so many things. There was an impeachment complaint before. Now, they want to use the constitution.)

The Vice President is currently facing an electoral protest filed against her by ex-senator Ferdinand “Bongbong” Marcos Jr, whom she beat by 263,473 votes.

House committee on constitutional amendments chairperson Vicente Veloso told Rappler that RBH 15 skipped Robredo in the line of succession to avoid “instability” that may be brought about by the election case she is facing.

Robredo turned the tables on Veloso, saying he is also facing an electoral protest filed against him by Liberal Party bet Maria Victoria David, who lost by just 100 votes.

The Vice President wondered if Veloso’s reasoning on the performance of duties of politicians facing election cases should also apply to him, too.

(I just want to remind him that I had more than 200,000 votes than Mr. Marcos. Veloso only had 100 more votes than his opponent. A protest was also lodged against him. Does he mean to say that he should not be sitting as congressman and that he cannot do his mandate because he still has a pending protest?)

Robredo’s election lawyer Romulo Macalintal said it is “outright ridiculous” to remove her from the line of succession just because of the election case she is facing.

Senators already rejected RBH 15, saying it will be “dead on arrival” at the Senate. – Rappler.com