MANILA, Philippines – When top tourist destination Boracay is reopened to the public, new forms of transportation will also be on its streets.

On Monday, October 15, the government partially opened Boracay to locals for a dry run of the soft launch on October 26. The island was ordered closed for 6 months starting April 26 due to environmental problems.

Government officials on Monday also unveiled e-trikes and modern vehicles that will soon ply Boracay roads, in a bid to alleviate traffic congestion in the island. These are part of the integrated transport system project of the Department of Transportation (DOTr) in Boracay.

Transportation Secretary Arthur Tugade said the vehicles are compliant with the specifications under the public utility vehicle (PUV) modernization program. (IN PHOTOS: How new jeepneys, buses, tricycles could look like)

The more environment-friendly options, he said, would “protect and sustain” the beauty of the famed island by reducing the carbon footprint from transportation.

Come October 26, Boracay residents and visitors will be able to ride a hop-on, hop-off bus for free until the end of the year.

The DOTr has worked with ride-hailing giant Grab Philippines to bring in 50 modern vehicles that would offer the services.

On Monday, Grab initially provided 4 buses as part of its P100-million investment for transportation in the island. By January 2019, Tugade said passengers would be using either a card or a wristband to pay their fare, under an integrated fare collection system similar to Beep which is used for Metro Manila railways.

The fare is P300 per person, which will be good for 3 days with unlimited rides. Tugade said rides for minors below 12 years old, senior citizens, and persons with disabilities will be free.

The vehicles are equipped with Wi-Fi, a closed-circuit television camera (CCTV), and a global positioning system (GPS).

Tugade said having a single operator in the island would help regulate traffic.

The buses will only be allowed to stop at certain waiting sheds. The DOTr will also work with Grab to construct at least 20 sheds. Tourists also have another option – Southwest Travel & Tours will be shuttling passengers through solar-powered vehicles. These vehicles do not have air-conditioning. 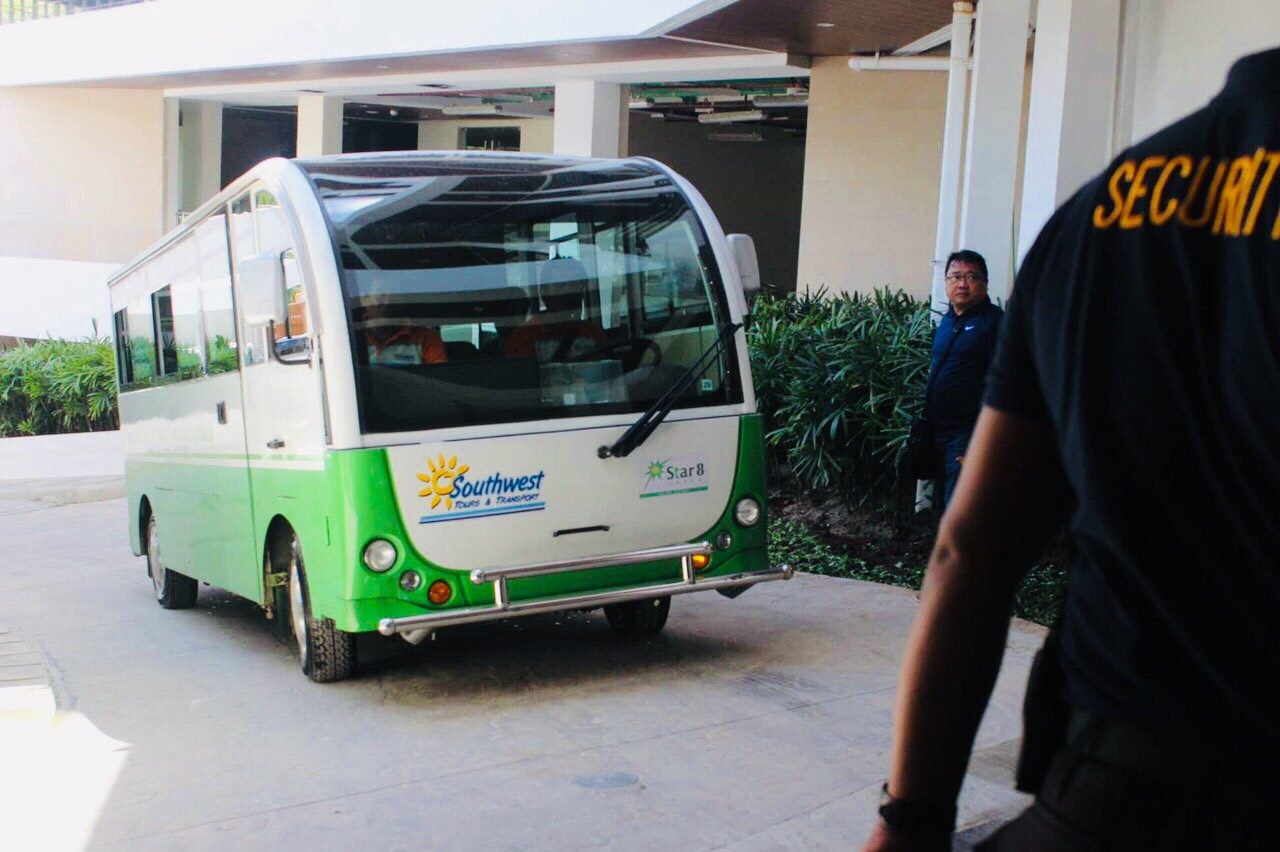 Another ride-hailing firm, Hirna, will also offer transport services within the island.

Unlike Grab which is providing the vehicles, Hirna will function as a fleet manager for hailing electric tricycles (e-trikes) – much like how it functions now for booking taxis.

The Department of Energy will donate 200 e-trikes to the Malay local government, under an Asian Development Bank-funded project which costs P1.73 billion. Tugade said drivers for the e-trikes will be hired to provide jobs to those affected by Boracay’s closure.

These e-trikes will operate in addition to the nearly 600 e-trikes currently in the island.