Oct 22, 2018 9:52 AM PHT
Rambo Talabong
Facebook Twitter Copy URL
Copied
Local police say it is too early to blame the armed communist group, the New People's Army, as perpetrators of the killings 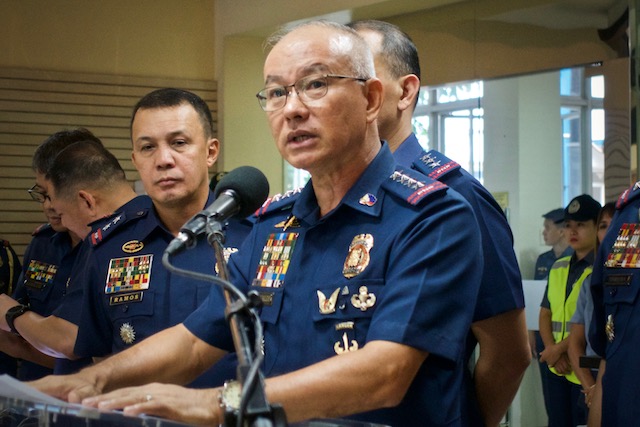 MANILA, Philippines – The Philippine National Police (PNP) already has a person of interest (POI) in the killing of 9 farmers in Sagay City, Negros Occidental, on Saturday, October 20, the city’s police chief told Rappler.

Mansueto stopped short of disclosing the name of the person and the nature of his or her participation as cops are still in the early stages of investigation.

What is sure, he said, is that the person has information on who killed the farmers, who were members of the National Federation of Sugar Workers (NFSW).

What is the motive? As with many cases of violence against farmers, the police are looking at a land dispute as the primary motive for the killing.

Having spoken to survivors of the attack, Mansueto said the 9 farmers may have drawn the ire of fellow farmers in the city, particularly those who also claim the land where they were shot down at Hacienda Nene.

According to Mansueto, the owner of the land, Carmen Tolentino, had promised to donate the land to a group of farmers not affiliated with NFSW. This turnover is set to take place as early as 2019, he said, after a rent contract lapses.

“Puwedeng nagalit sila dahil inoccupy ‘yung lupa na donated na sa kanila (They might have been angered as the land donated to them was occupied),” he said.

Mansueto said it is too early to blame the killing on the communist armed group, the New People’s Army.

How about the renter? Mansueto said that the renter, a man whose name he did not disclose, had allowed the NFSW farmers to occupy the land he rented.

“Nakausap ko by phone. Ipapablotter daw niya sana ngayong Monday pa (I talked to him by phone. He said he planned to give a blotter entry on Monday),” Mansueto said. – Rappler.com